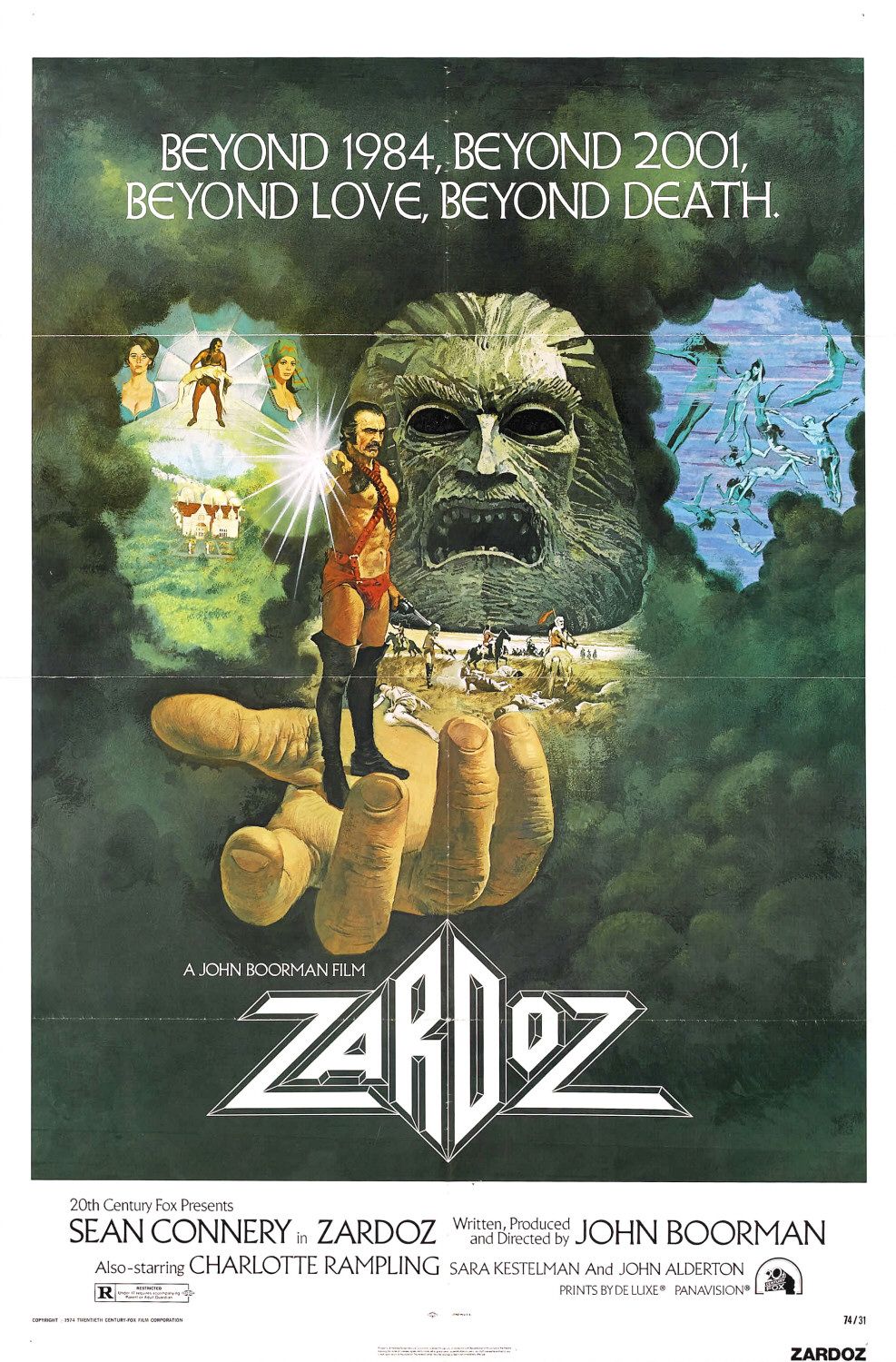 I think some of my many readers* are starting to think this B-movie project is weaksauce. Here I am, watching B-movies, yes. Antiquated special effects, sure. Hackneyed plot premisses, okay fine. But in a sense – I mean several of the movies I’ve watched haven’t been half bad. A couple have even been GOOD! How am I really a B-movie BFF if I’m essentially treating myself to fairly well-executed projects – the comfort food of the genre, if you will?

Well today I will be consuming the hideous aspic of seventies sci-fi cinematic cusine. And that would be 1974’s Zardoz. 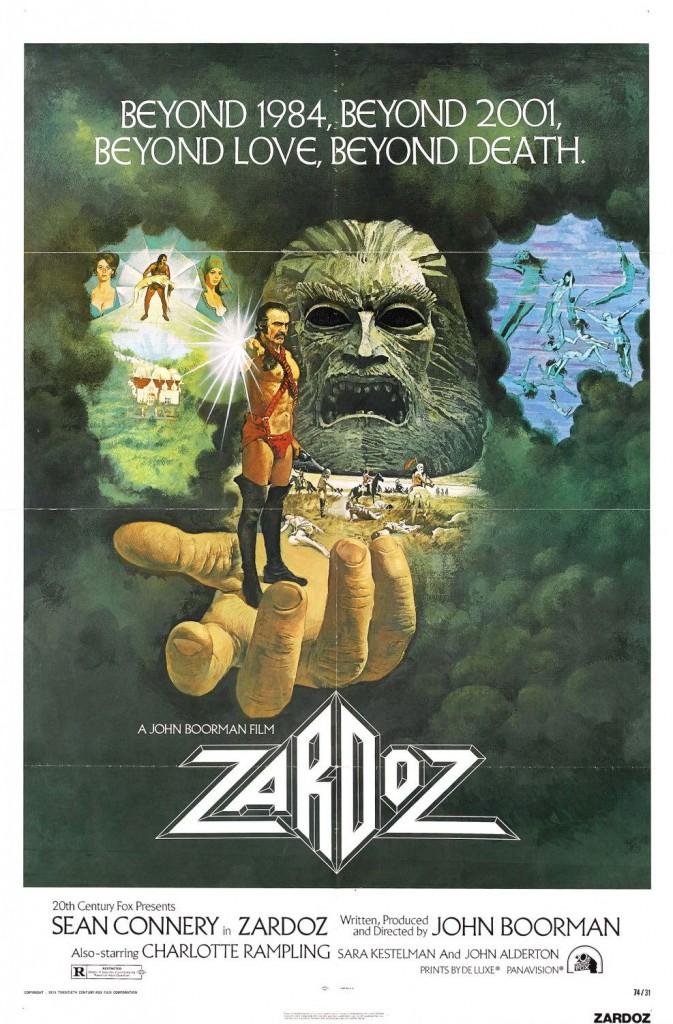 Just in case you think the above poster art is mostly whimsy, let me assure you there is in-the-flesh representation of these concepts in the film. 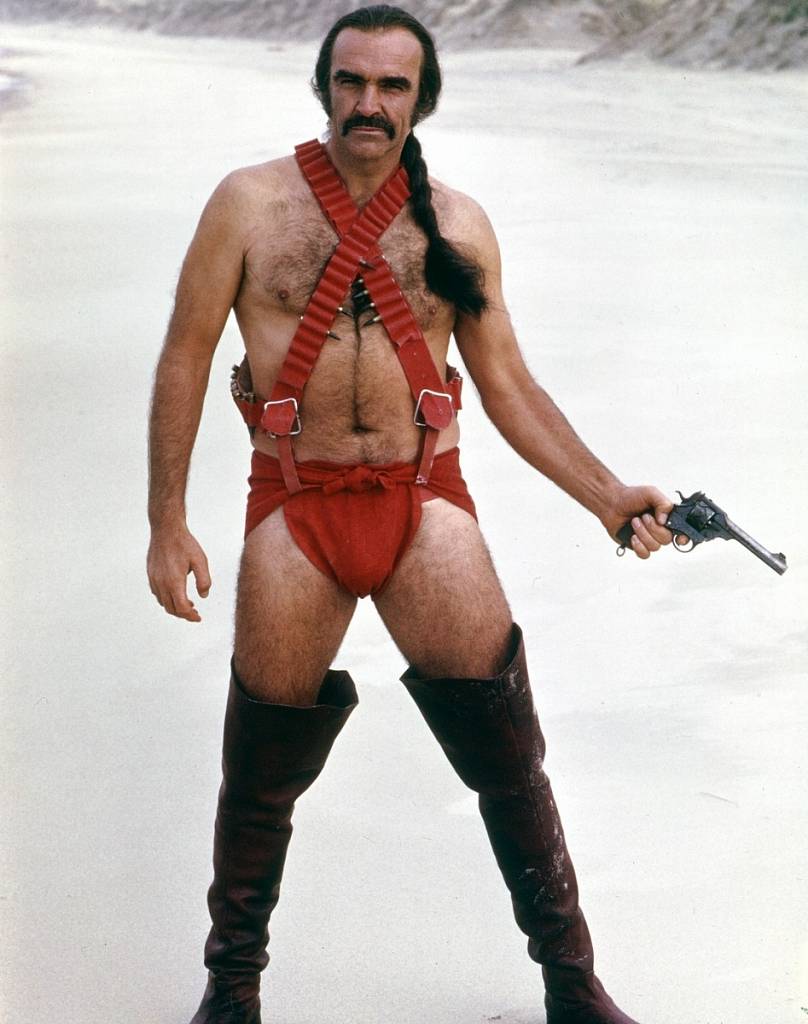 Nevertheless, I am committed.

By the way, I blame my friend Scott for this film. His review somehow put this film into my consciousness a few years ago – which is why it came to mind to watch tonight. Thanks, Scott!

Join us – or don’t. (Really, don’t!). The film is available to watch online via Amazon (link below) and Google Play.

If you’d like to watch with us, here’s how. Queue up the movie as follows: sometime before 7 PM PST Tuesday the 26th play the first few moments of the film. You will see the 20th Century Fox searchlight logo. The moment the logo fades offscreen, pause the movie. At 7 PM PST exactly, resume the film. Then follow on Twitter at @BmovieBFFs or post to/enable Notifications on the Facebook thread as we watch this … uh, “film”.