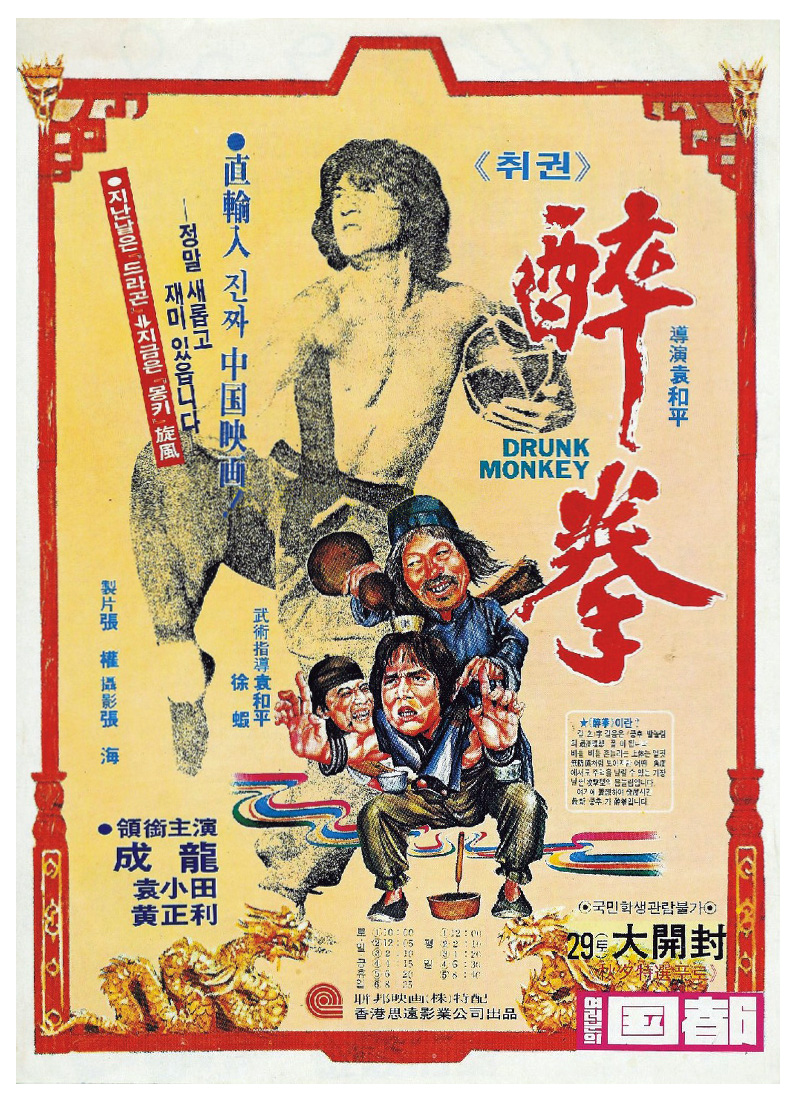 We here at B-movie BFFs are in our infancy as a website and Facebook group – but already we’re doing big things! In three days we’ll be showing Miami Connection at the historic 7th Street Theatre. We are very busy finding sponsors, organizing concessions and raffles, rousting up volunteers, and handling event staffing.

Is that an excuse not to watch a film Tuesday night? Heck NO! Tonight – in honor of Friday’s event – we will be visiting our first martial arts offering – 1978’s Drunken Master. 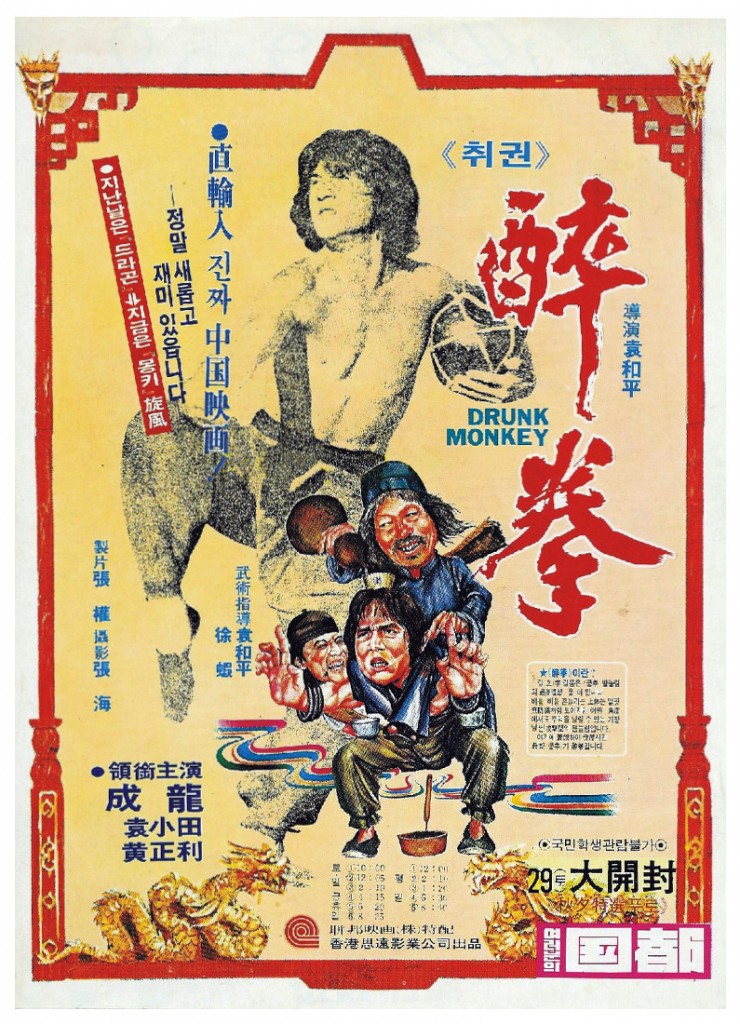 From themindreels.com: “The story follows Wong Fei-Hung “Freddy” (Chan) an undisciplined but exceptional Kung-Fu student after getting into one too many fights, one with a thug of an important, but shady businessman, and getting his butt roundly kicked by a woman we later learn is his visiting aunt, his father decides he’s had enough and sends Wong off to train under the tutelage of Su Hua Chi (Siu Tien Yuen), the legendary, if intoxicated master of the 8 drunken gods style, who is also notorious for torturing his students endlessly.”

Drunken Master is clearly a comedy – which is dead-serious about its martial arts choreography. Young Jackie Chan is absolutely wonderful to watch (just like older Jackie Chan) and it’s long overdue I visit this classic! After last week’s seventies-stinkburger of a film, I’m grateful for something a little less soul-sucking!

Join us tonight for some top-notch kung fu-lery! (Sorry. Truly, I am.) The film is available to buy online via Amazon and Google Play – links below.

If you’d like to watch with us, here’s how. Queue up the movie as follows: sometime before 7 PM PST Tuesday the 26th play the first few moments of the film. A blue logo appears reading, “seasonal film corporation”. The moment the logo fades offscreen, pause the movie. At 7 PM PST exactly, resume the film. Then follow on Twitter at @BmovieBFFs or post to/enable Notifications on the Facebook thread as we watch this … uh, “film”. 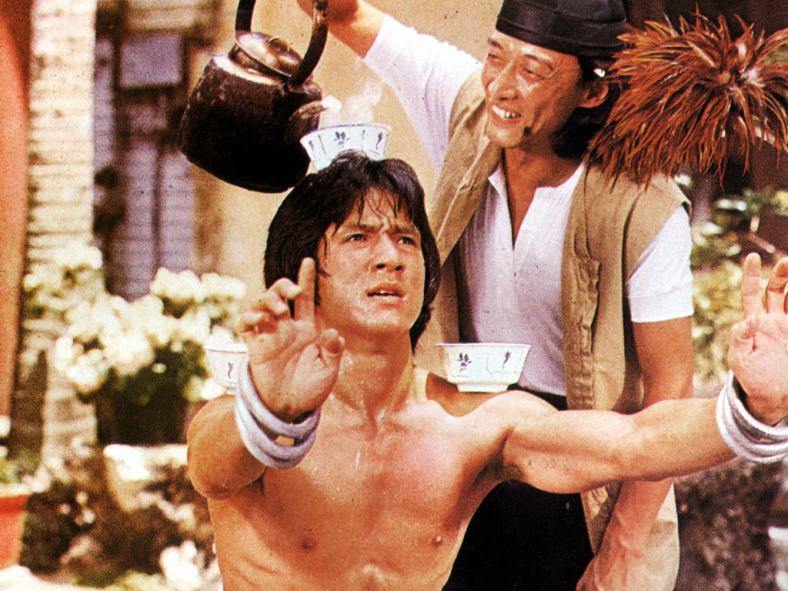