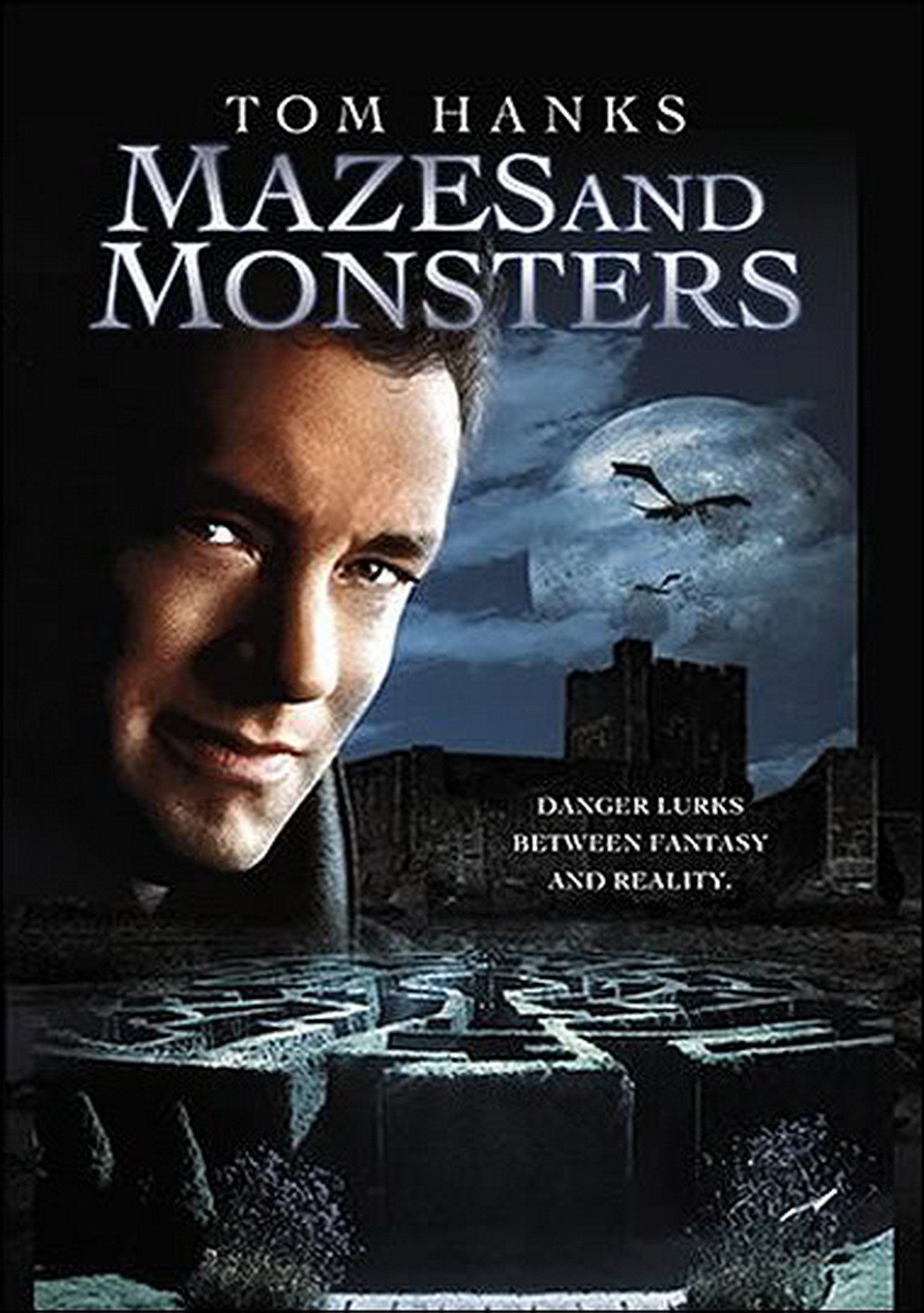 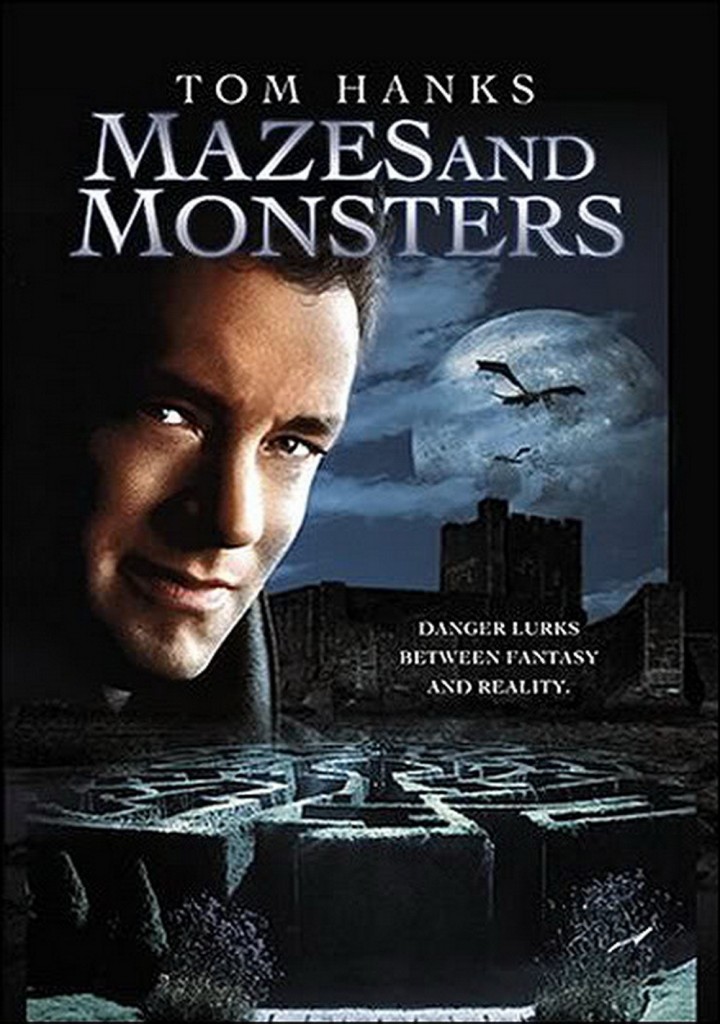 Heads’ up – next week’s film will be 1987’s Masters of the Universe. Giving y’all a little over a week to get a legal copy. And – I’m working on a calendar. Any ideas for submissions for films can be sent to kelly@bmoviebffs.com.

This week we’re watching Mazes and Monsters. Starring a very young Tom Hanks (yes… wayyyy back in the day!) 1982’s made-for-TV film apparently expounds on the evils of D&D-style roleplay – games that were gaining mass popularity in the early 80s. Well count me in! I don’t know the difference between D&D, LARP, MMORPG or any of it – and when my partner or children try to explain it I don’t understand a word they are saying! Surely this film will deliver an even-handed, realistic depiction! 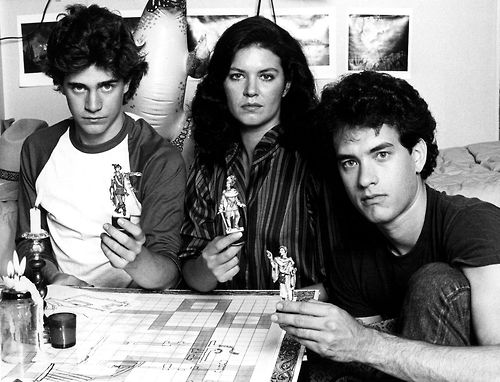 Although I am weaksauce when it comes to knowing the gaming world, I have long enjoyed the fantasy genre in film – remember, as a child of terrible VHS films, I was raised on sweaty hunks battling wizards and dragons – blokes like Ator, Hercules, He-Man, Deathstalker, & Conan! Although young Tom Hanks seems less beefcake – and more of a be-cloaked ham – I am still willing to give it a shot! Warning: those sensitive to any disparagement of these types of games may want to give the film a miss! 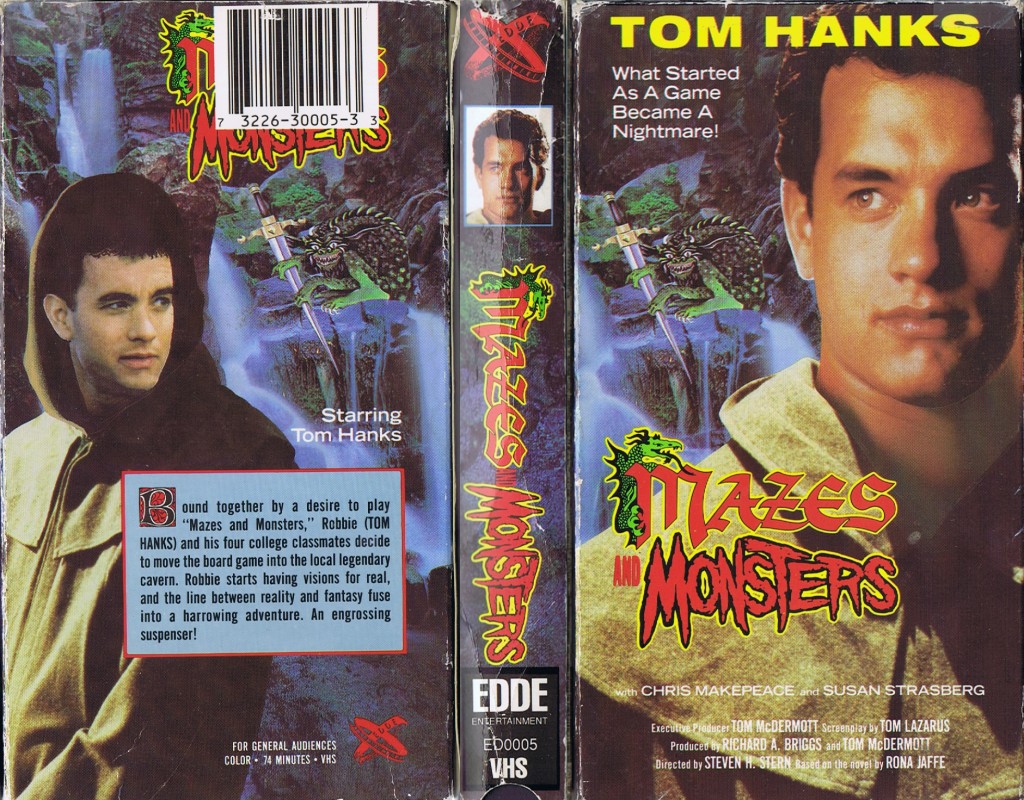 To join us on Tuesday: the film is available on Amazon (link below – click on the Amazon icon). If you’d like to watch with us, here’s how. Queue up the movie as follows: sometime before 7 PM PST Tuesday the 23rd play the first few moments of the film. The movie opens to sirens and the words, “Rona Jaffe’s Mazes and Monsters”. As soon as those words fade off the screen, pause the film. At 7 PM PST exactly, resume the film. Then follow on Twitter at @BmovieBFFs or post to/enable Notifications on the Facebook thread as we watch this enchanting bit of cinematic history!