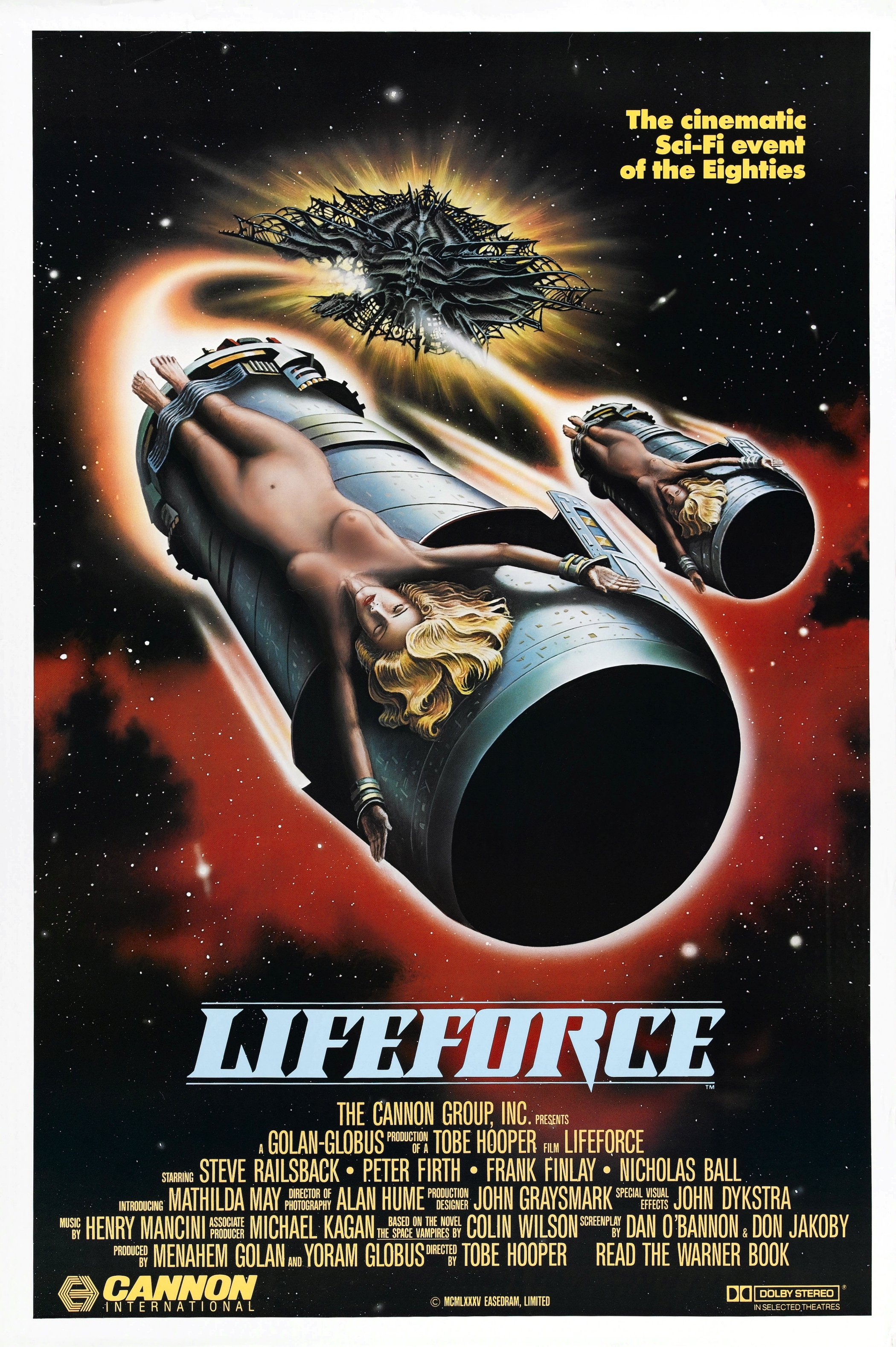 This post is the twenty-first in my 31 Days of Vampires! series for October 2014. 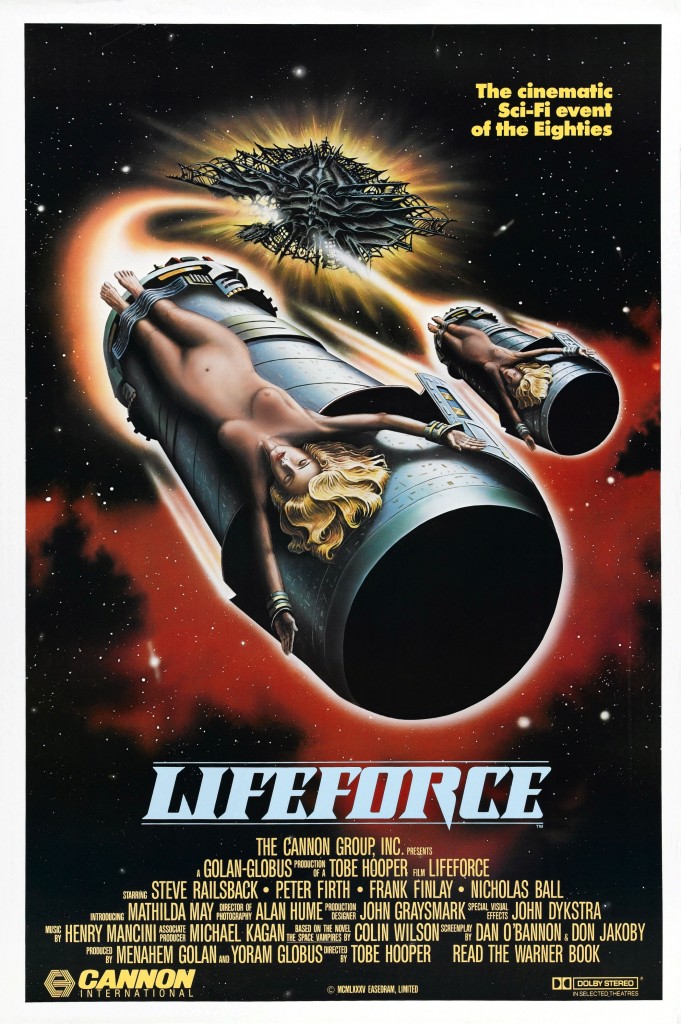 Based on a 1976 novel called The Space Vampires, this science fantasy nugget stars Steve Railsback, newcomer Mathilda May, and liberal dash of British acting talent: Patrick Stewart, Frank Finlay, and Peter Firth. I can’t figure out why it did so badly at the box office as it is a pretty tidily scary film. Fans of the film really love it – and write pages upon pages of dreck praising it – but most people just give it a “meh” – or worse.

Colonel Tom Carlsen: She’s resisting. I’m going to have to force her to tell me. Despite appearances, this women is a masochist. An extreme masochist. She wants me to force the name out of her. She wants me to hurt her. I can see the images in her mind. You want to stay? Otherwise wait outside!

Colonel Colin Caine: Not at all. I’m a natural voyeur.

And maybe that’s why Lifeforce didn’t do so well commercially. We like our misogyny but not so overtly spelled out. For one hundred and sixteen minutes.

The special effects – done the old-fashioned way, without computers – are compelling. On one hand one could giggle at the animatronic (or whatever) shrivelled Undead but on the other hand, they are pretty freaky – especially when coupled with sudden scream-levels of noise (the film is simply loaded with jump-scares). There is also a vignette where, in a cramped and vulnerable space, two dead human bodies suddenly – and noisily – give up their entire contents’ blood to take the shape of a monster. The scene was executed by filming two dummies and letting fluid drain from holes in the dummies, then flipping the camera and reversing gravity. It was still scary, even though it hardly looked polished.

Fans of bleak, seventies- or eighties-era horror: this one is a must-see. 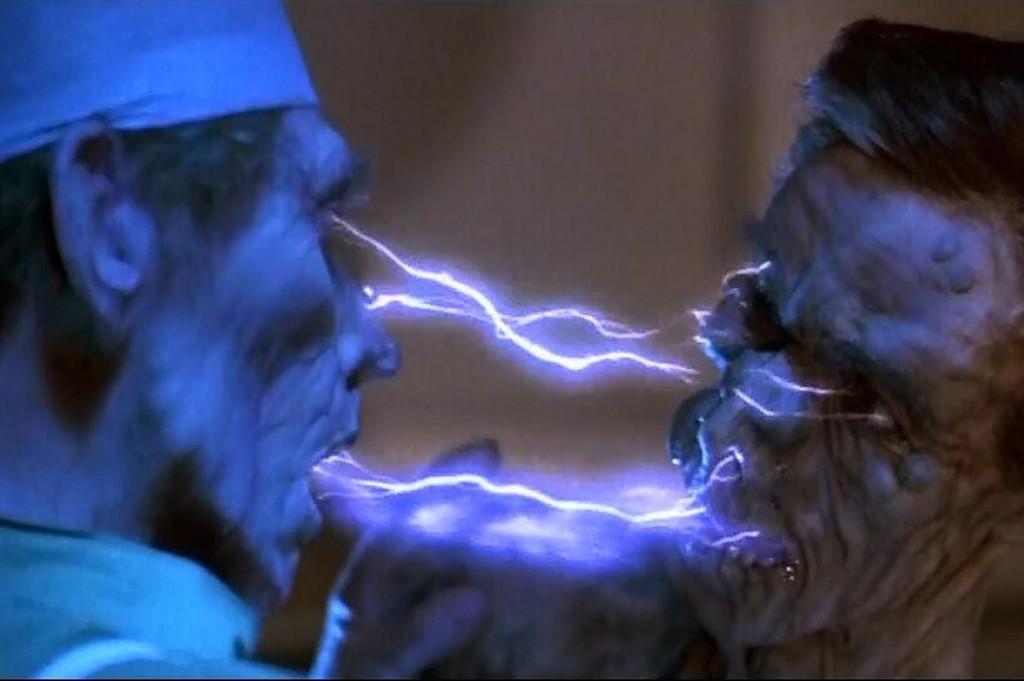