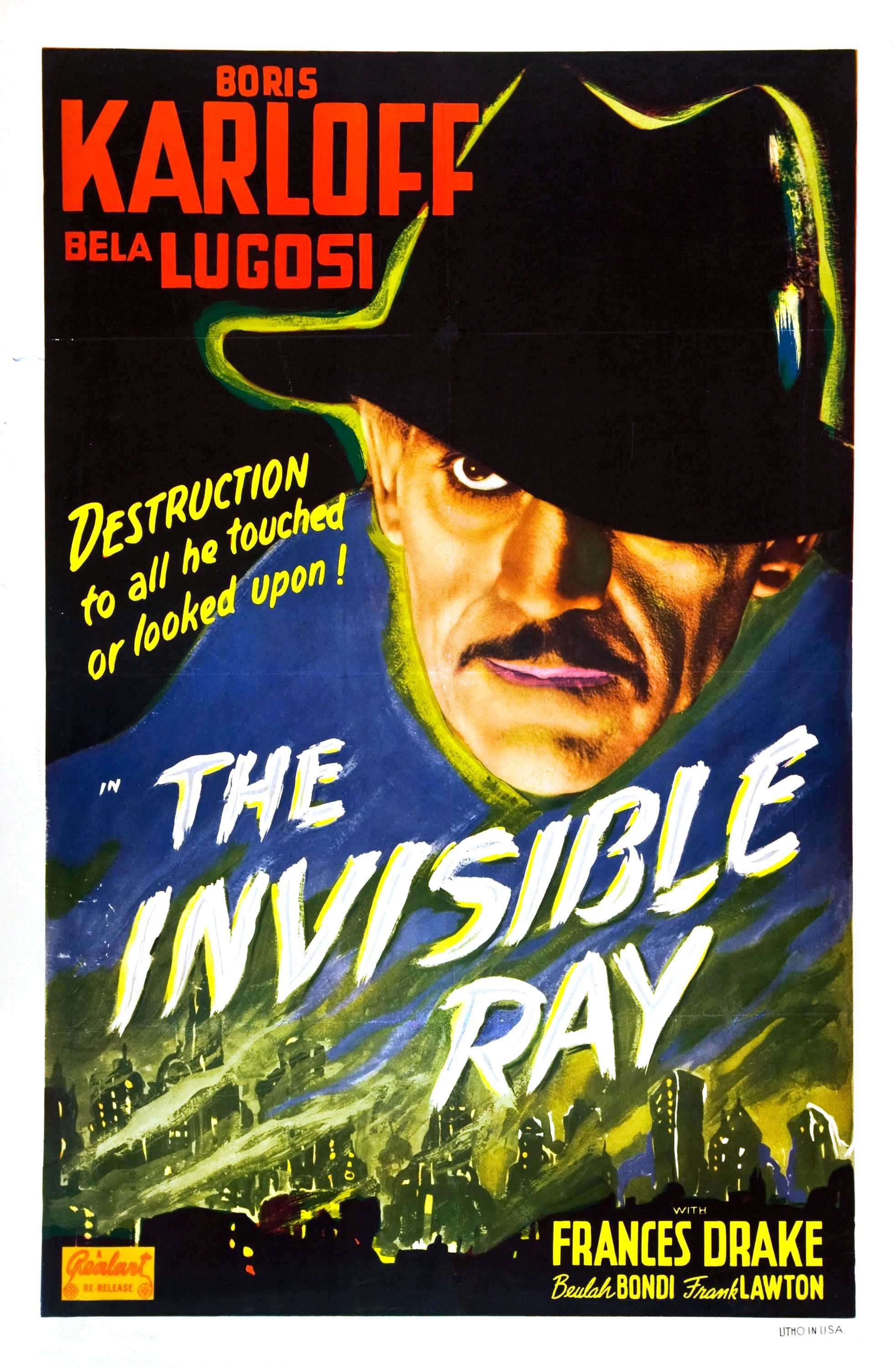 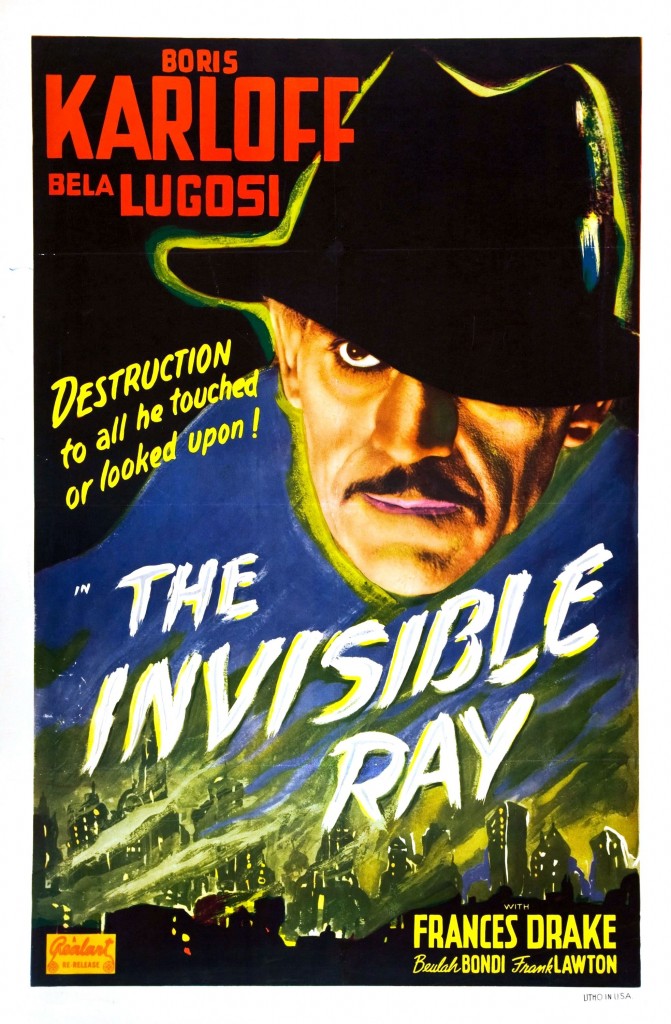 Boris Karloff is back, and boy is his mustache startling! 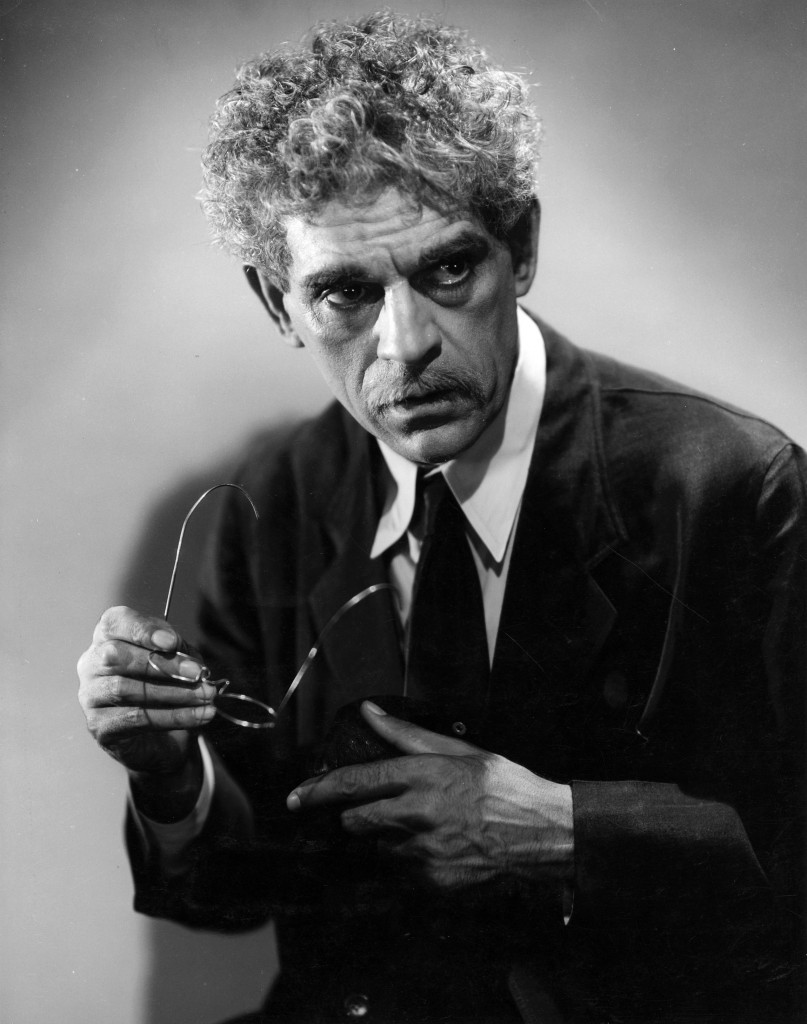 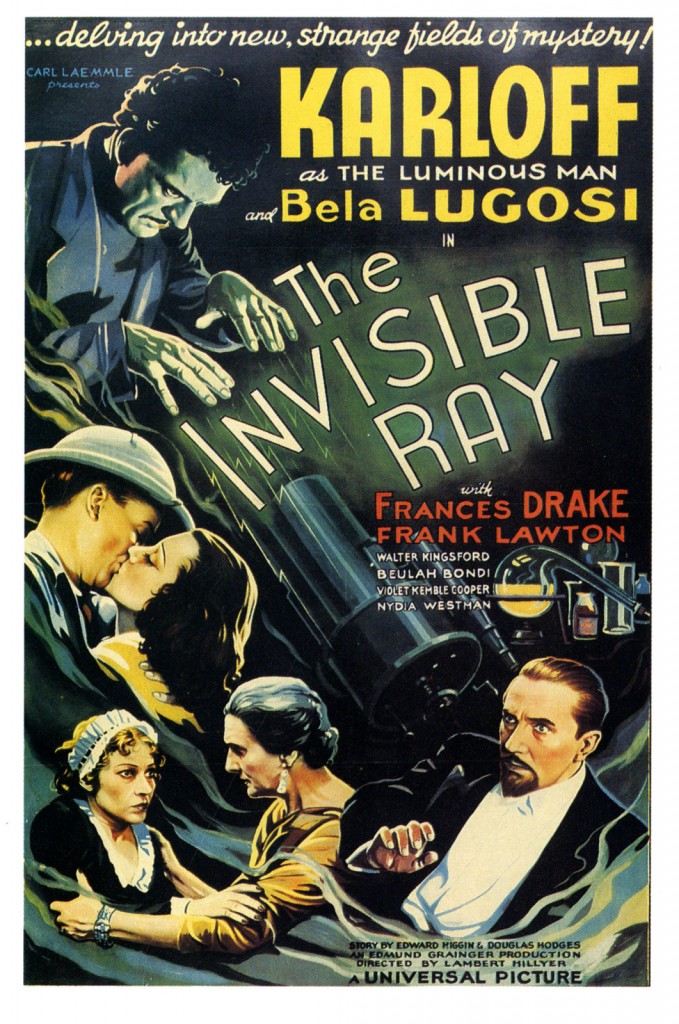 That said – The Invisible Ray is a great sci-fi classic from Universal; the story of a scientist – Rukh, as played by Boris Karloff – whose seminal discovery leads to his corruption/poisoning, madness, murderous acts, and eventual failure (not to mention, a glow-in-the-dark issue and a death touch).

Interestingly, even before Rukh is poisoned by radioactive space elements and starts acting like an ass, his mom is like, “Dude, you’re a weirdo, and you should stay in the lab instead of interacting with other people.” I liked Mama Rukh, as played with satisfyingly hammy theatrics by Violet Kemble Cooper. She alone knows what’s up, and serves as the film’s conscience and seer. 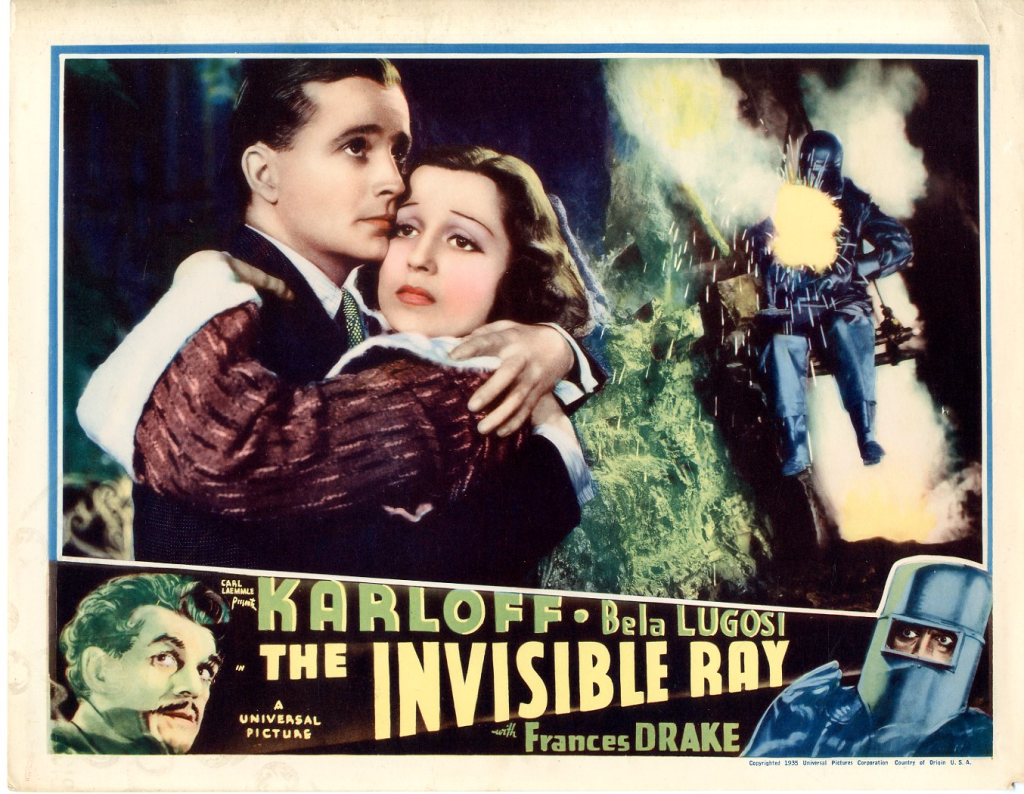 Rukh’s much-younger wife is played by the beautiful Francis Drake. She lounges around in epic 30s gowns and looks all neglected and sad. She must be in a bad way to fall for Frank Lawton’s character, who is about as sexy and charismatic as a stale digestive biscuit.

The film is a must-see for anyone who likes pre-50s sci-fi or horror!

Finally: this film is discussed in detail in Bmoviecast #314. I recommend you watch the film before listening to the podcast. 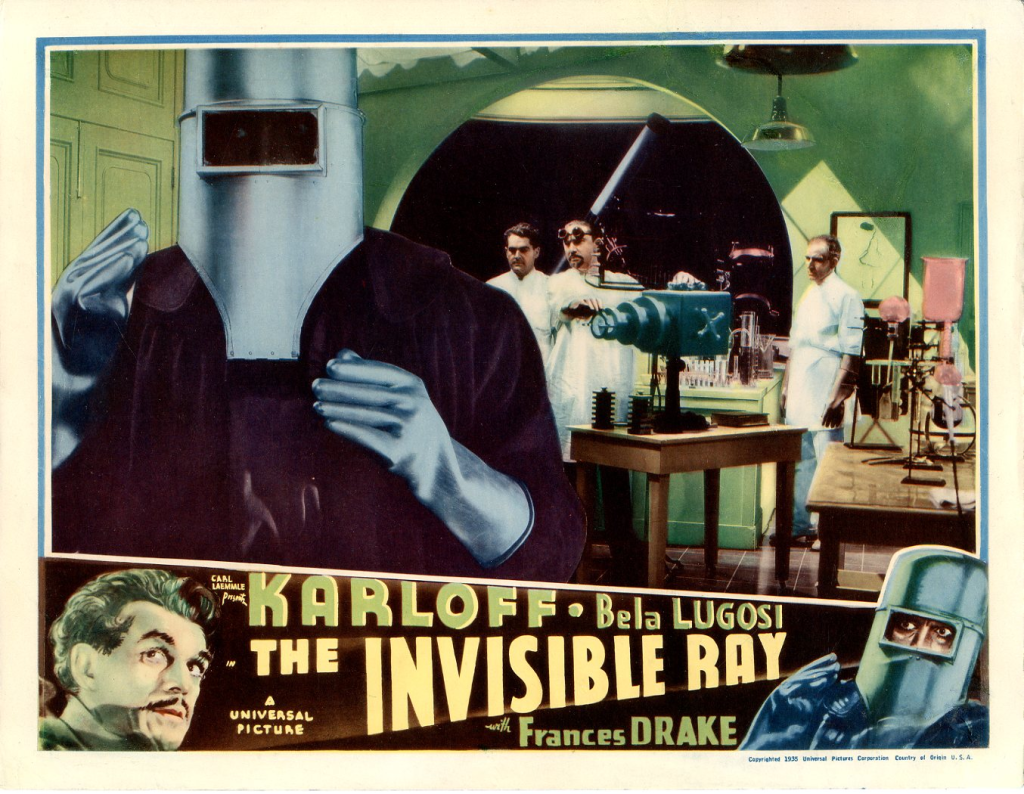 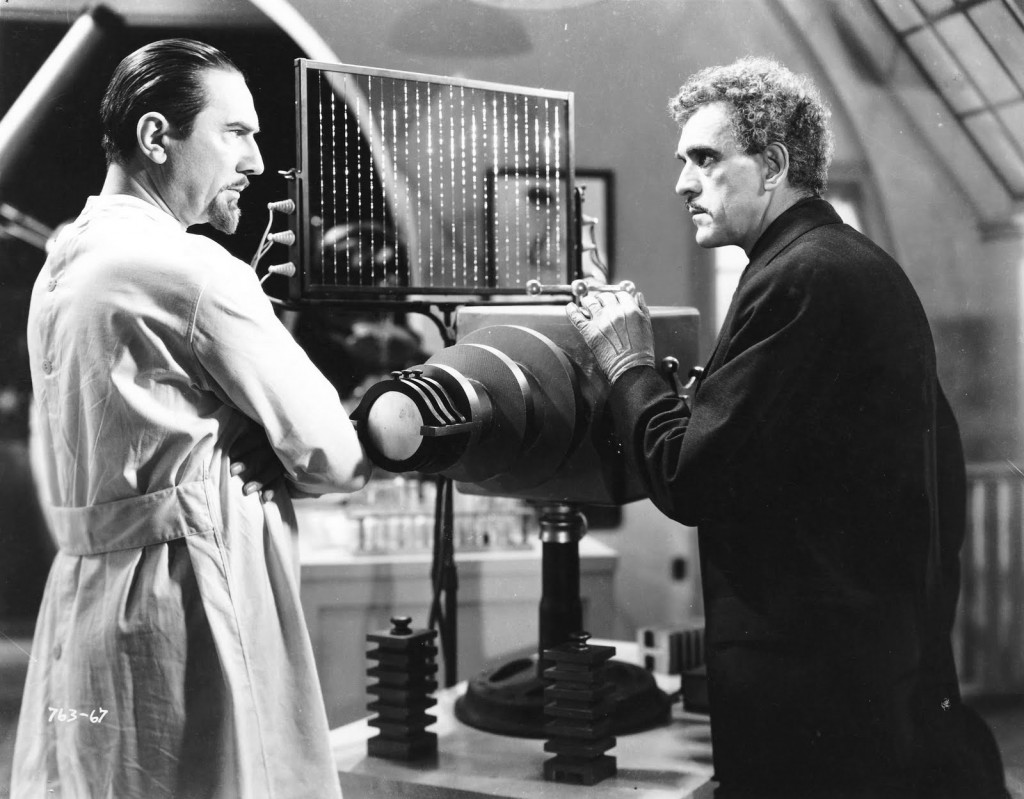