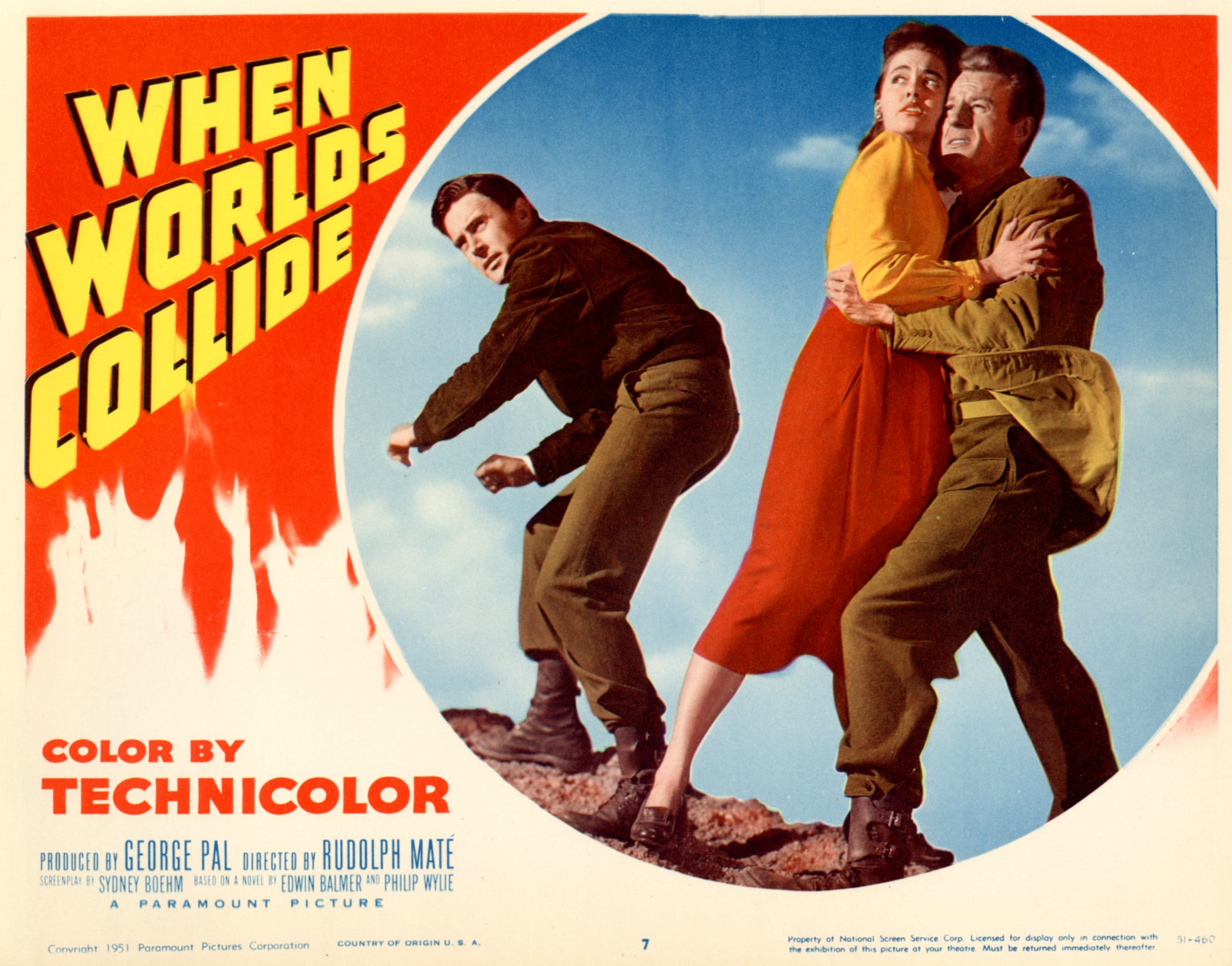 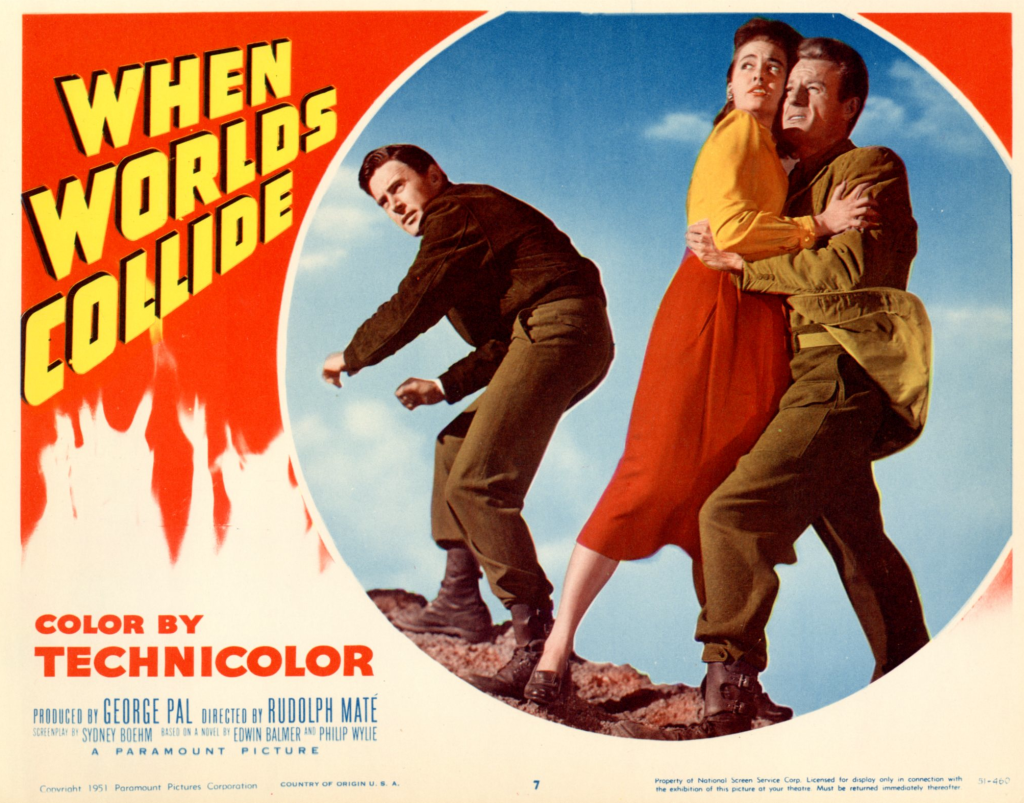 When Worlds Collide is a lot less sci-fi and a lot more of a science-drama. The plot, briefly: courier pilot David Randall (Richard Derr) is our everyman, at film’s opening transporting valuable information from one group of scientists to the next. During his seemingly simple but high-paying mission, he gets curious and discovers the first group of scientists has figured out that a star, and attendant planet, will be intercepting the Earth and destroying all life upon it. He ends up becoming involved in the resultant fringe group effort to create a Noah’s Ark shuttle that will hop on the “cue ball” planet Syra, at the right moment. In the process he begins to explore what’s important in life – and he falls in love with one of the scientists, who is engaged to another mission comrade.

The film is an effective and tense drama, with beautiful colors and a surprisingly warm cast. Stars Derr, Barbara Rush, and Larry Keating provide vulnerable and humane performances. But I gotta say, my favorite performance in the film is that of John Hoyt, as the fly in the ointment. He plays the stingy millionaire whose pocketbook builds the shuttle, but whose avarice and poor moral values threaten to undermine the whole effort. And let me tell you, Hoyt was pretty dern excellent at being a dick. For instance: his certainty that riots will ensue upon the shuttle’s mission leads him to stockpile guns – the same guns the disgruntled rioters seize upon at the crucial moment. If that isn’t a bit of social commentary, I don’t know what is! The film’s WWII propaganda imagery and “news reports”/narration, are also a very special plus.

Most of the stars in this film had their background in television work; this film is a turn at serious drama. Producer George Pal boasts quite a bit of sci-fi and adventure under his belt – those who’ve liked his other efforts will surely enjoy this film.

And finally: I watched this film, along with 1956’s The Mole People, to prepare for and listen to Monster Kid Radio episodes #187 and #188. Great commentary on two fun fifties-era sci-fi films! 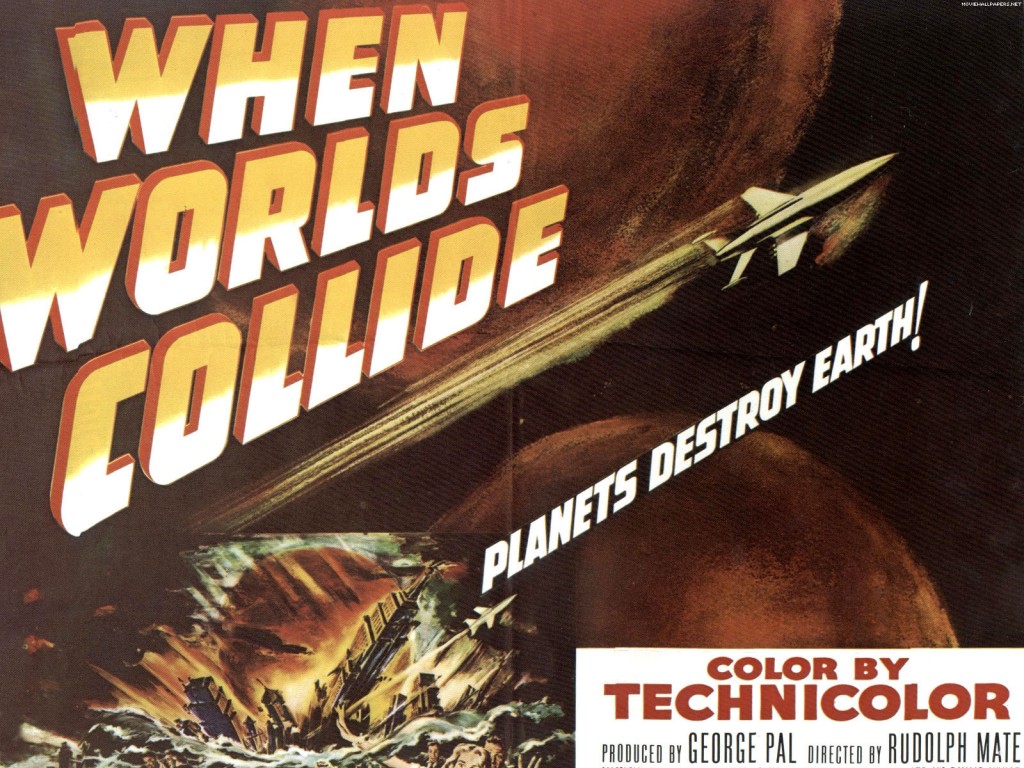