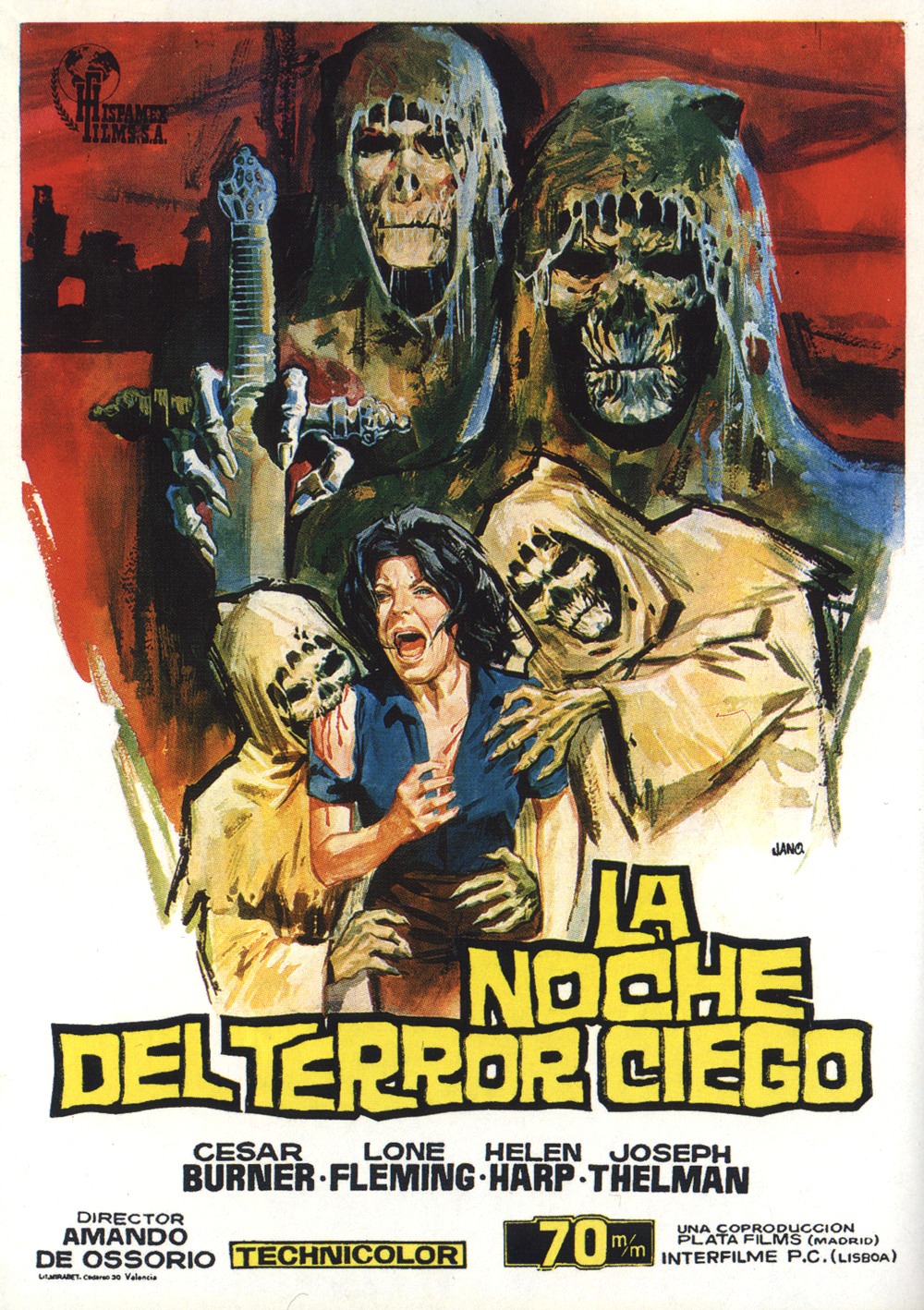 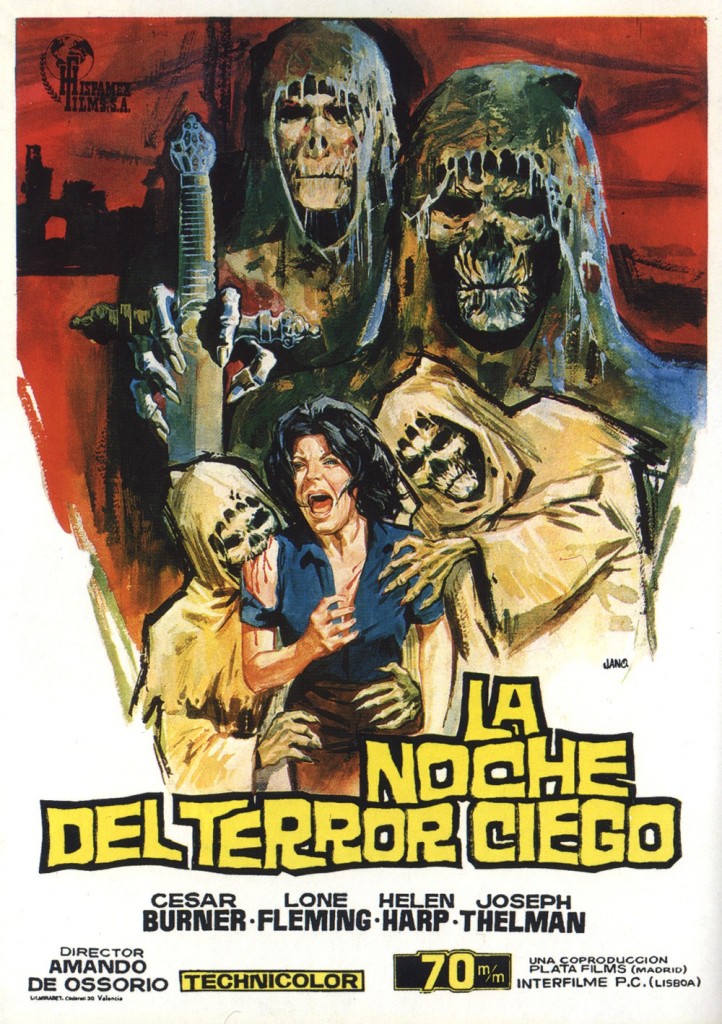 A B-grade Spanish horror film that went on to spawn three sequels, TotBD starts out slow, delivers a promising middle act, and deteriorates in the final third. Great-looking – if slow-moving – zombies (or vampires, or ghouls, or whatever you’d call them – and you can find the internet argument to support you!) that will remind contemporary viewers of the Nazgûl riders in the Lord of the Rings films (and may have influenced said riders).Beautiful women who out-act the men in the film. Sexual mutilation, murder, and rape of these women. A score that at times is creepy and effective and at times plodding and canned.

The first in Ossorio’s Blind Dead series, it would seem the next three films veered away from true towards exploitation, yet I find myself wondering if the style developed further. I’d watch another one in the series – but probably only with friends, so we can have a laugh! 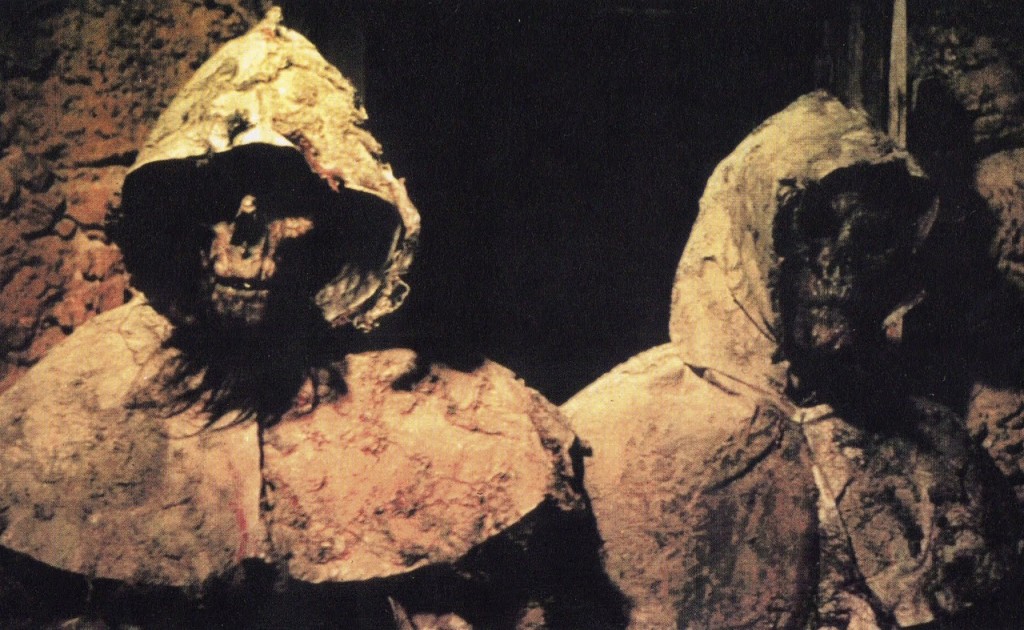