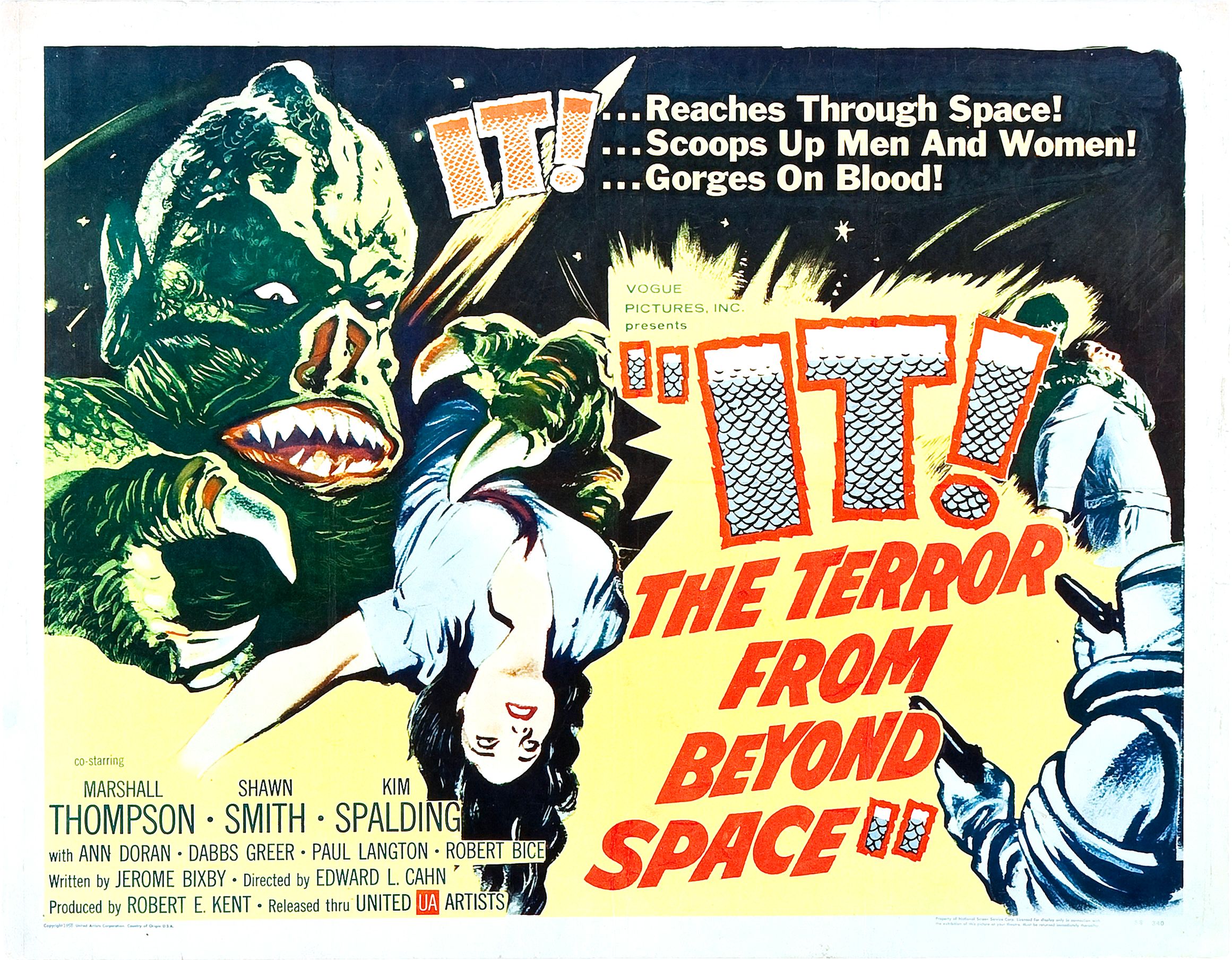 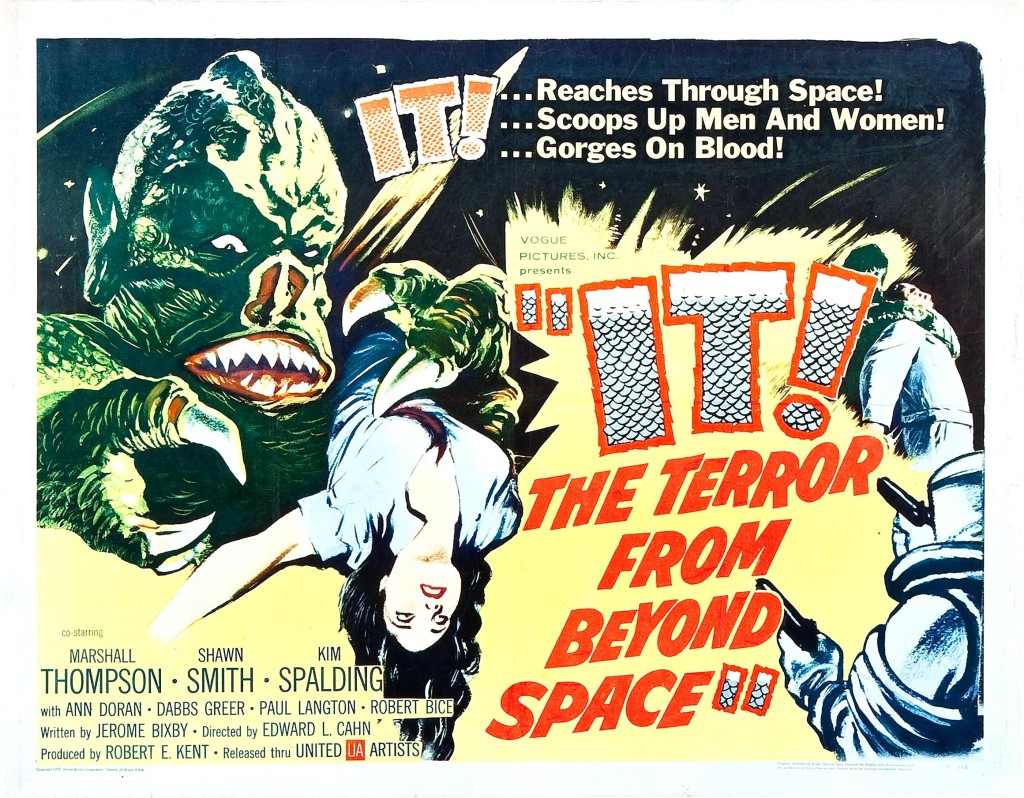 I am going to be completely honest here and say I adore old black and white drive-in science fiction and horror. As long as the picture quality is good, I’ll probably enjoy the hell out of it.

Look – I never promised you a fair and balanced, scientifically-curated ethos here at BmovieBFFs!

It! Terror from Beyond Space is a space adventure with a simple plot, featuring one of the iconic monsters of Paul Blaisdell – although probably not his best monster, due to production issues. Yes, that monster’s “tongue” is some dude’s chin. 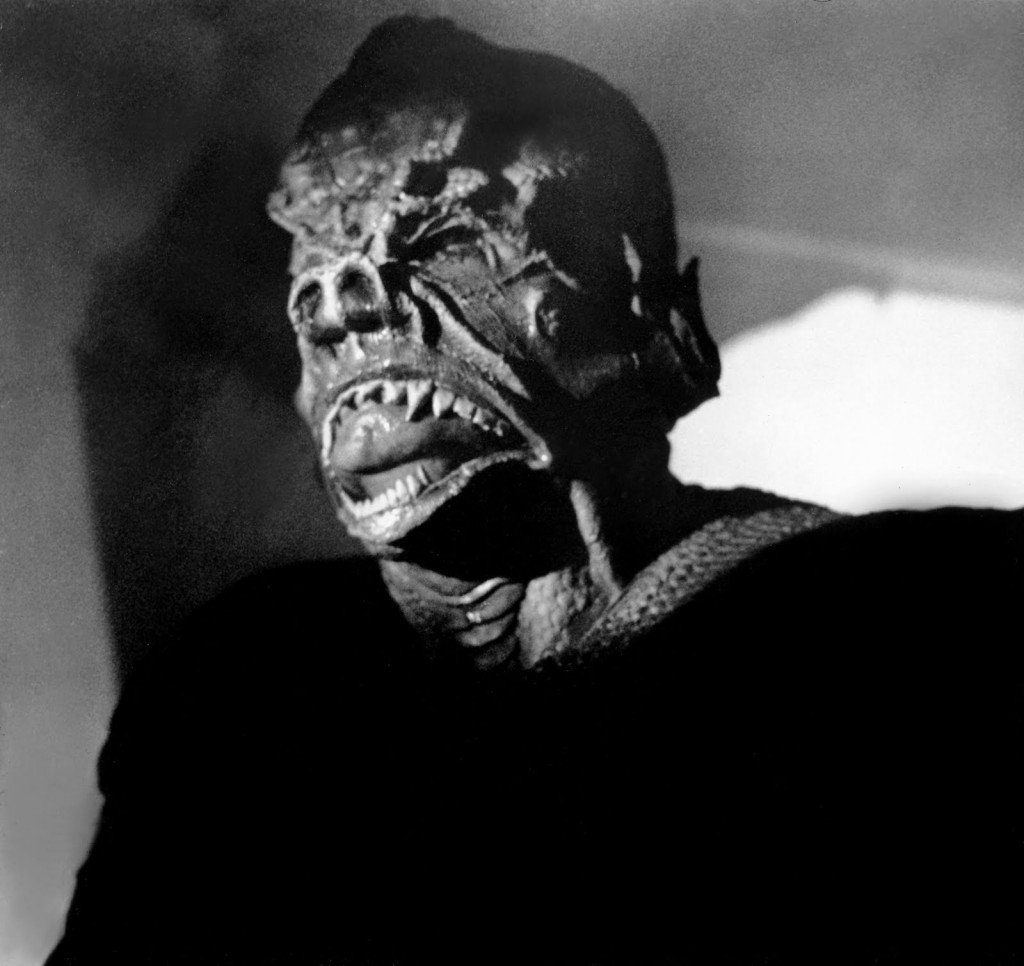 The events in the film are especially familiar to post-Alien audiences: a creepy-crawly from another planet climbs onto a spaceship and starts picking off crewmembers one by one. This work however, preceding Alien almost twenty years, proceeds at a straightforward pace with barely-PG violence. There is also a love triangle – of course! – between the bland-as-toast mission commander, his Girl Scout girlfriend, and the “anti-hero” they’ve picked up at the start of the mission (Kim Spalding, Shirley Patterson, and Marshall Thompson, resp). That said, the crew is a sweet and likable bunch, and you find yourself rooting for them! At any rate, they should prevail – having launched their one-man-rescue mission with an arsenal to rival The Expendables 3, a fully-stocked blood bank for transfusions, and the ability to build up their air supply should something catastrophic deplete it.

And I’m used to sexism in films – old and new – but the two women on the crew here get both barrels. Ensconced in a feminine-cut of the mens’ spacewear (including daintier zippers), these women get to service their male counterparts by: 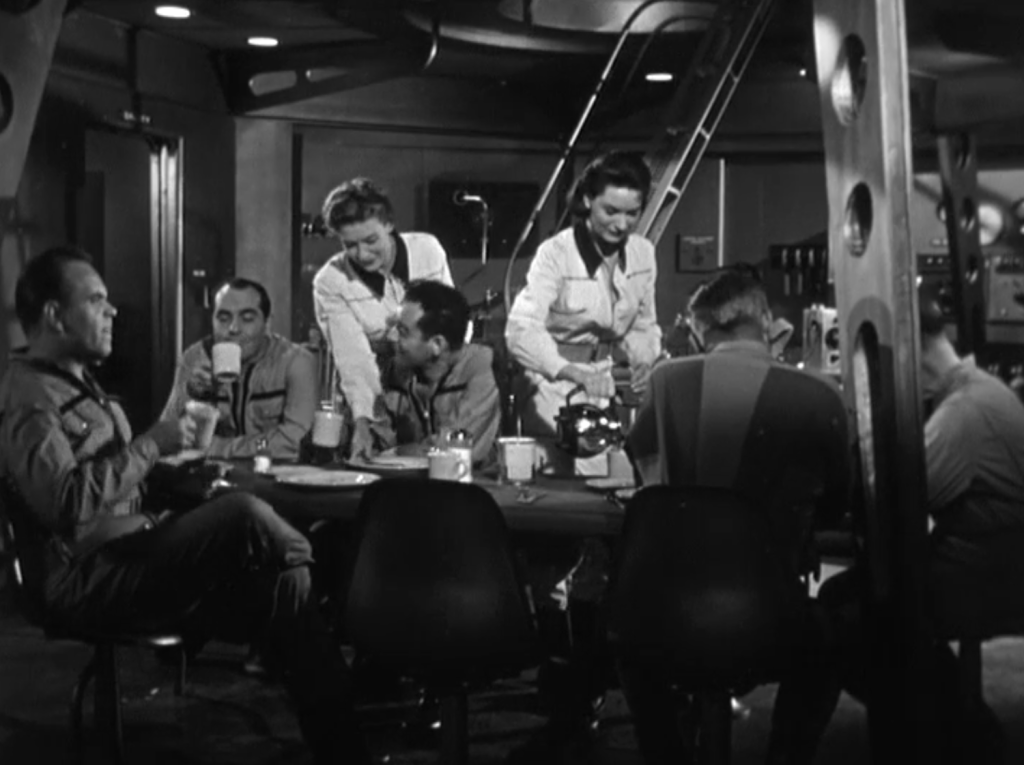 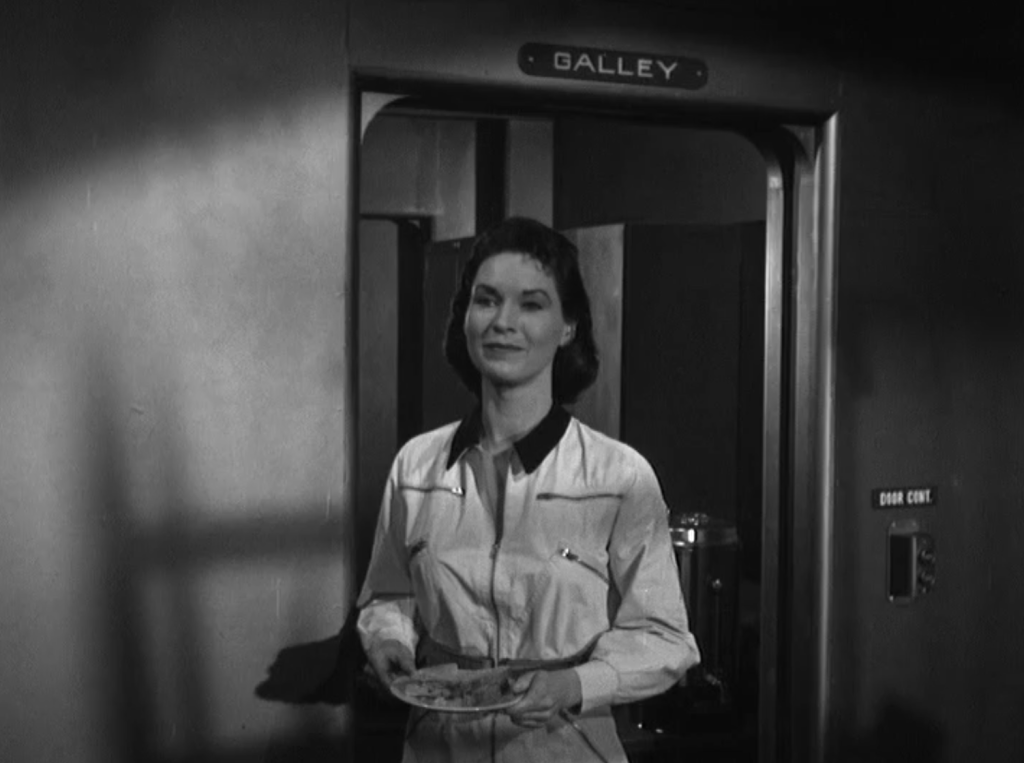 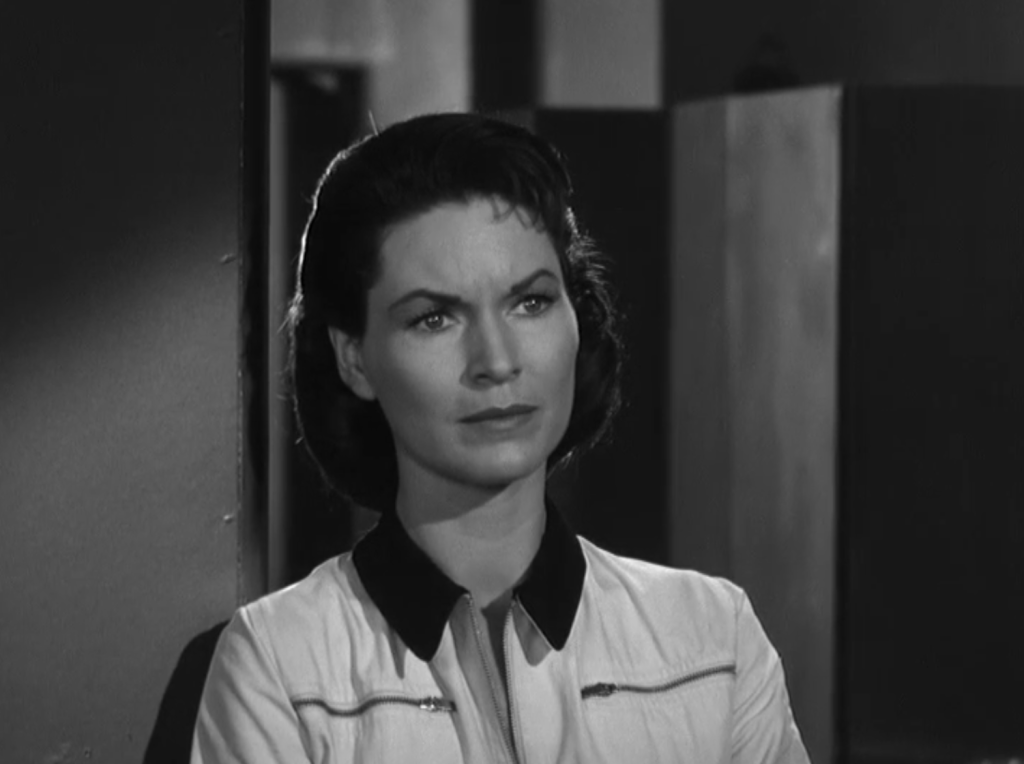 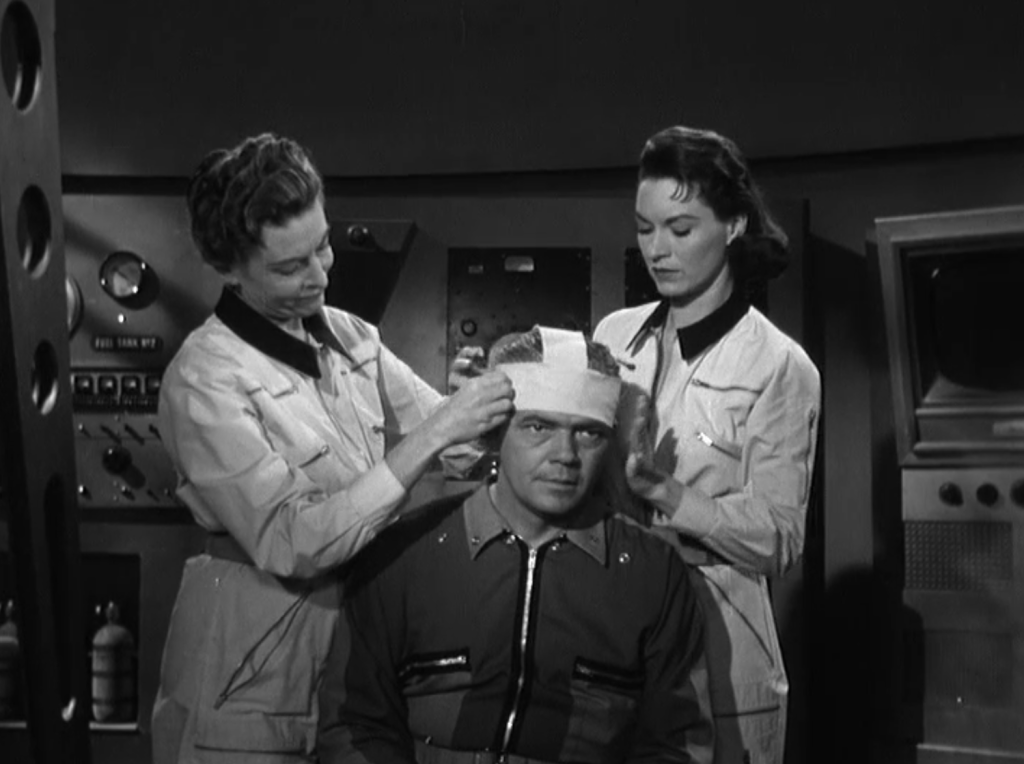 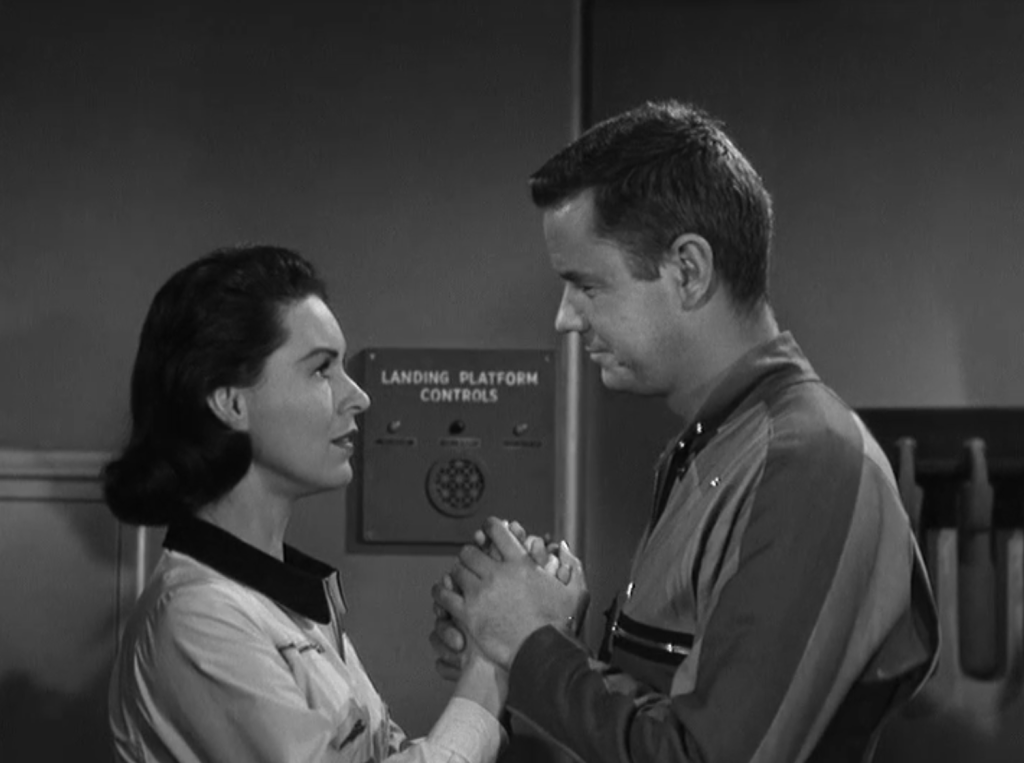 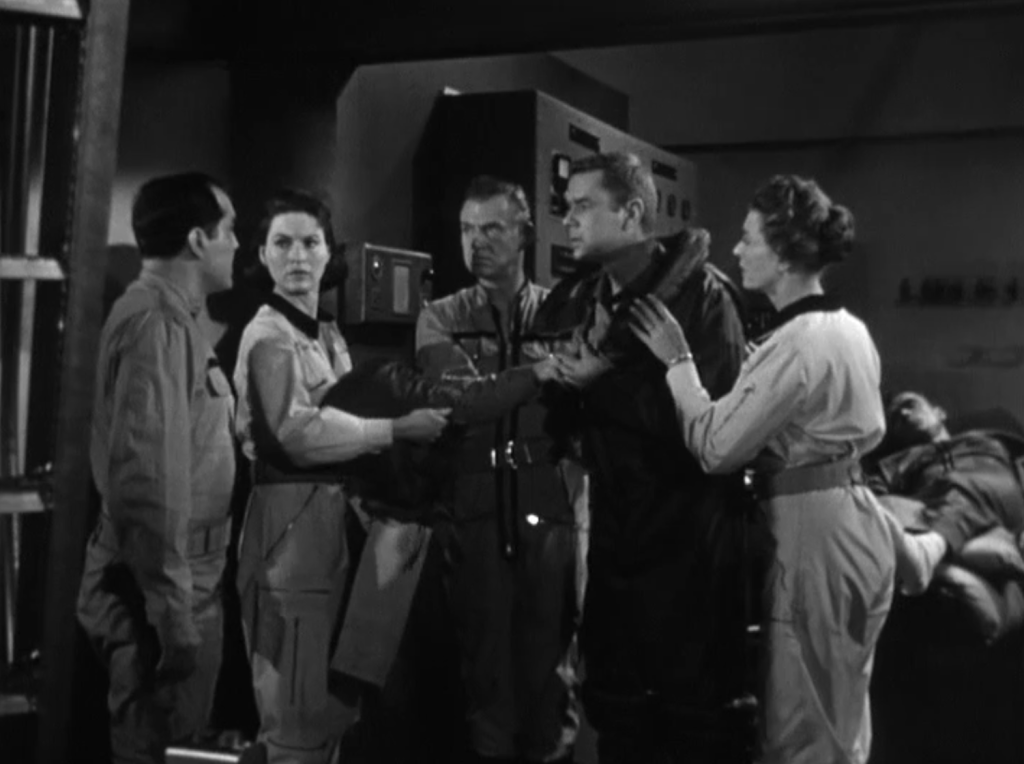 Occasionally they ineffectually paw at a strapping man as he does something stupid or stupid/heroic: 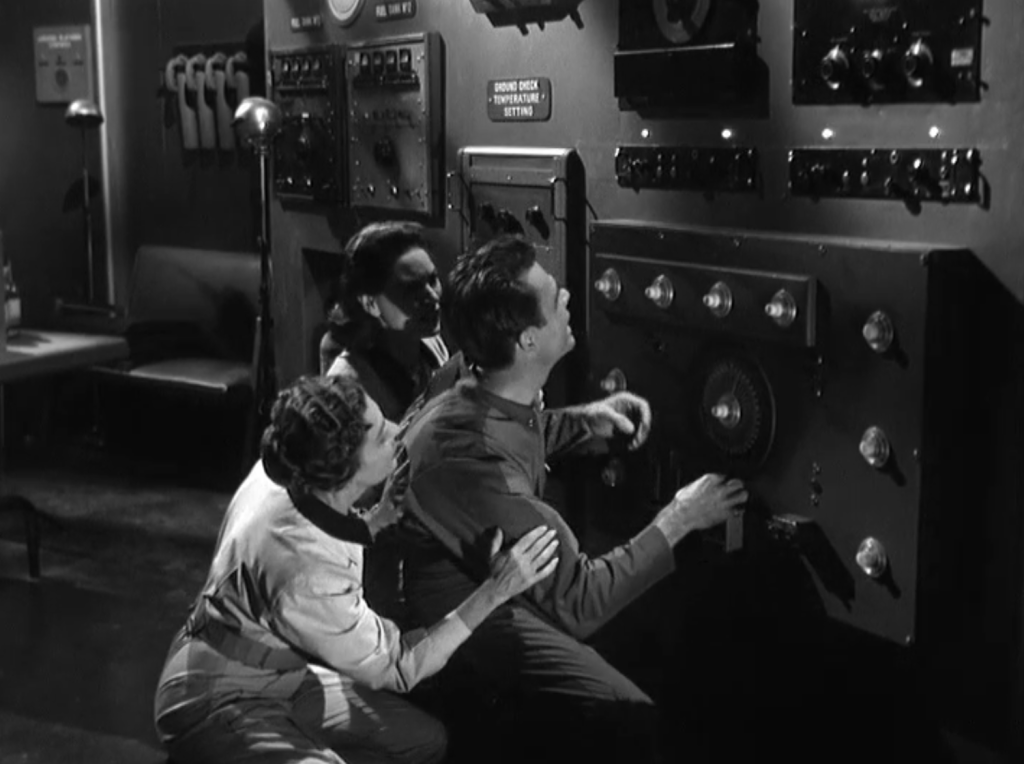 Oh and – one of them does an autopsy. So that’s kinda cool. LOOK, I KNOW I AM GRASPING AT STRAWS, here. Anyway: being a woman in space is grrrrreat!

Fortunately we can all laugh about the silly depiction of lady astronauts, as we’ve long ago left these sexist mores behind.

Except when you see the highest-rated imdB review of these genre films is sexist AF. And people wonder why more women don’t participate in sci-fi and genre film fandoms! 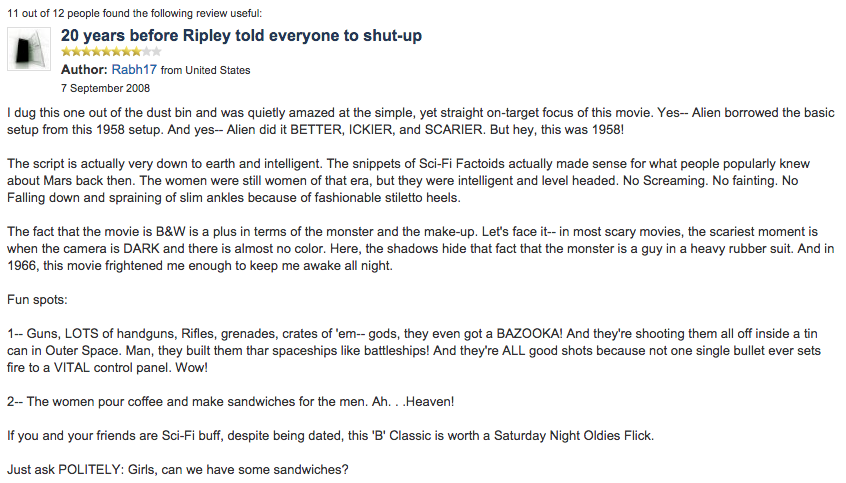 This is a fun film and a good one for family viewing or that bout of insomnia. A little monster suit never hurt anyone!