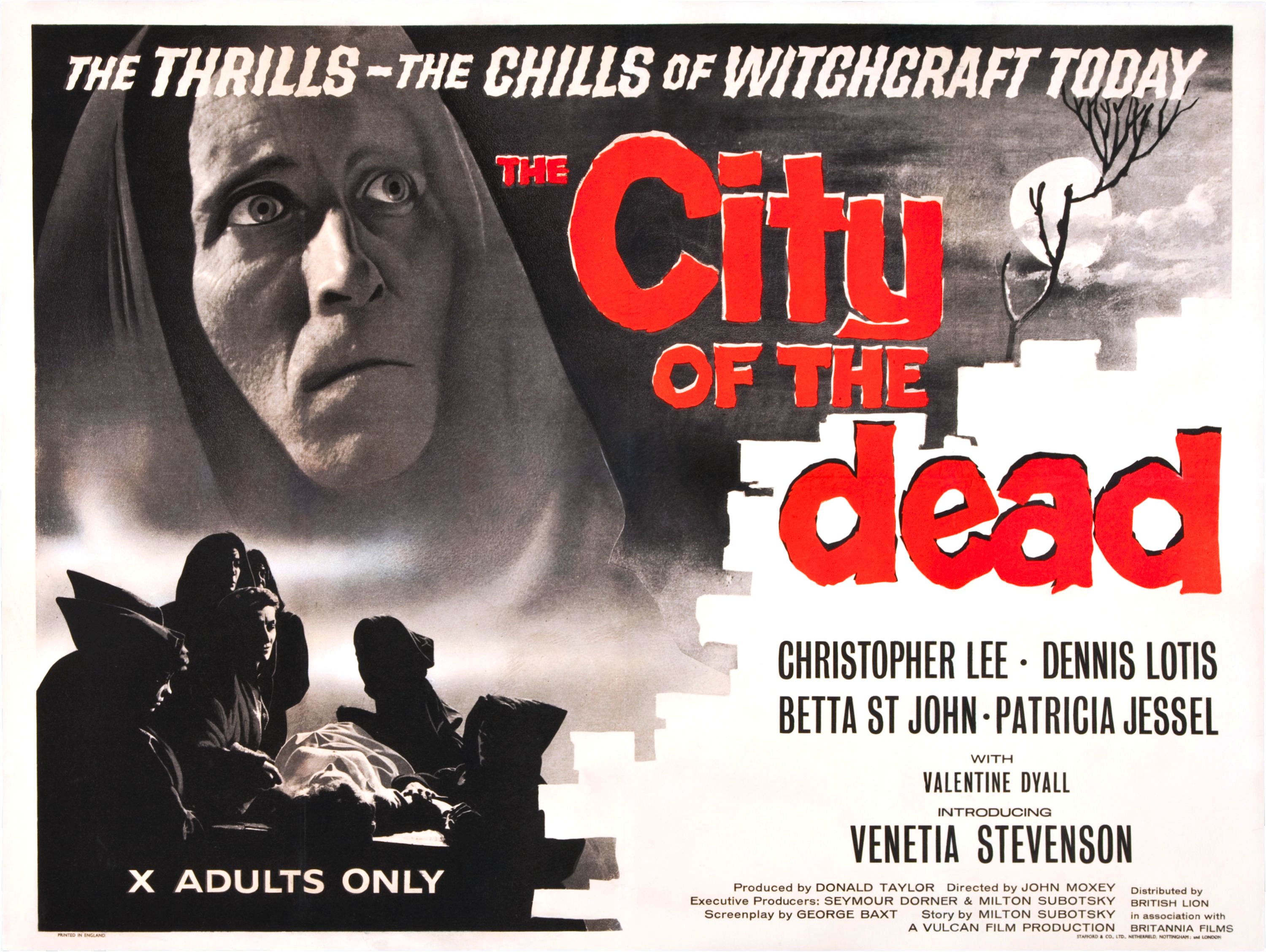 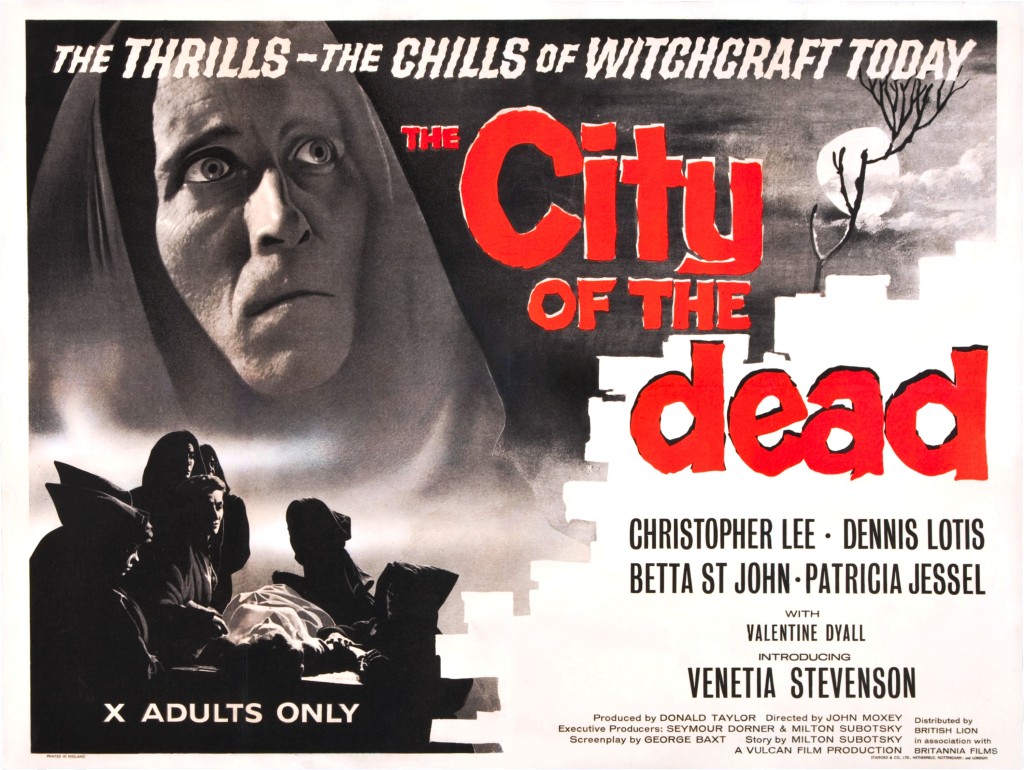 An above-average black and white “witch revenge” horror film, especially considering the two male leads are about as exciting as nonfat milk. A young college student (an early role for Venetia Stevenson) provides a modicum of sexy-virginal titillation, before falling prey to the sinister-but-in-no-way-original history of the creepy New England township she visits.

For scene-chewing the film also features the always-fun (for me at least) Christopher Lee, looking as bony and sinister as ever! I find myself wondering if in 1960 people already knew he’d end up in a bad guy reveal in the third act. If his reputation didn’t queer the surprise, his many glares, foreboding witch-happy lines of dialogue, and heavy-handed score straight-up give it away. 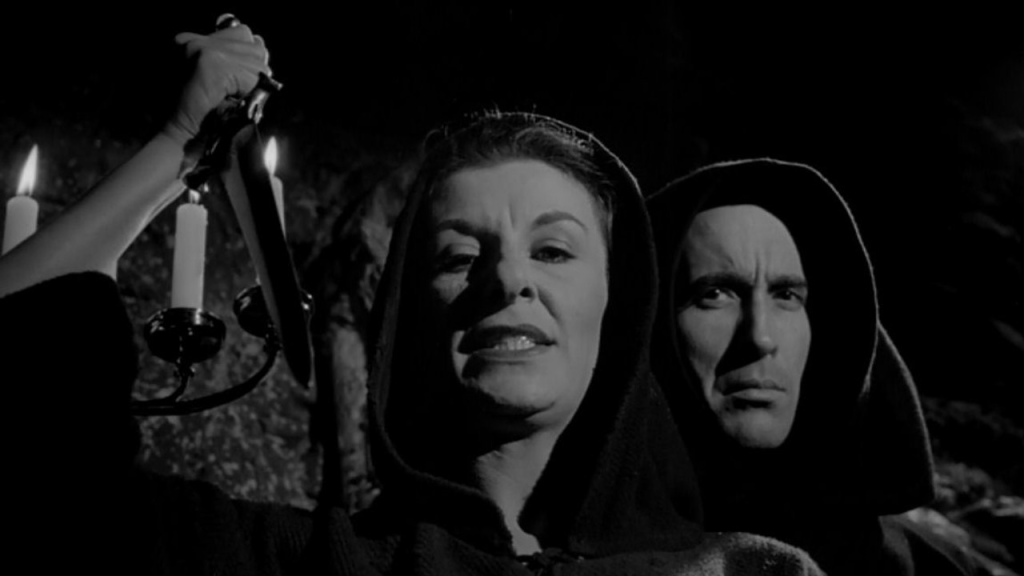 Patricia Jessel and Valentine Dyall are especially pleasing as condescending, creepy townsfolk who may or may not be supernatural beings (hint: they are). Liberal use of a fog machine and beautiful photography make the film more memorable than the storyline suggests. 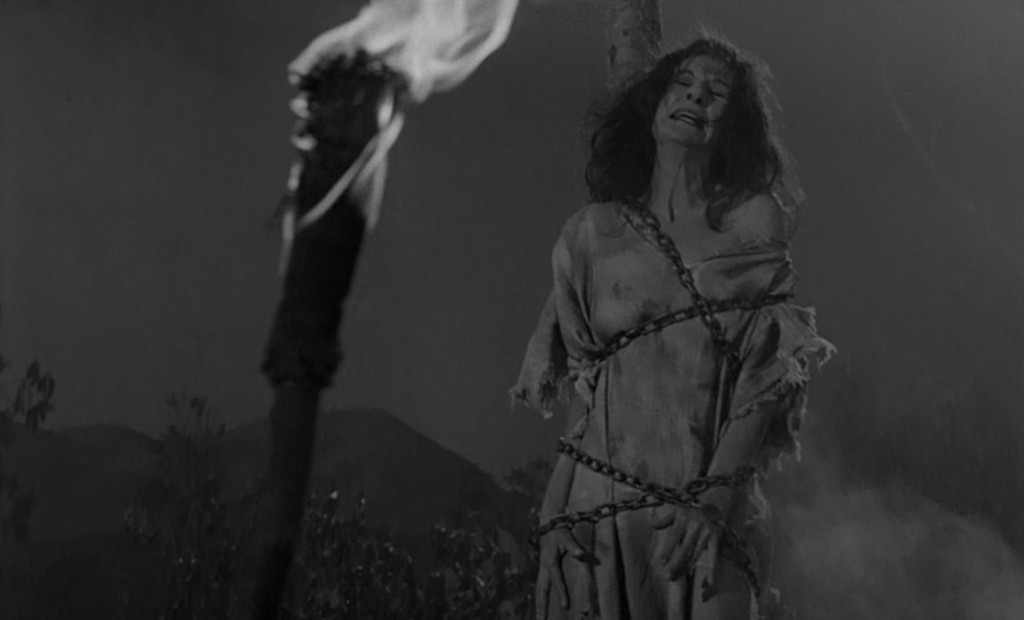