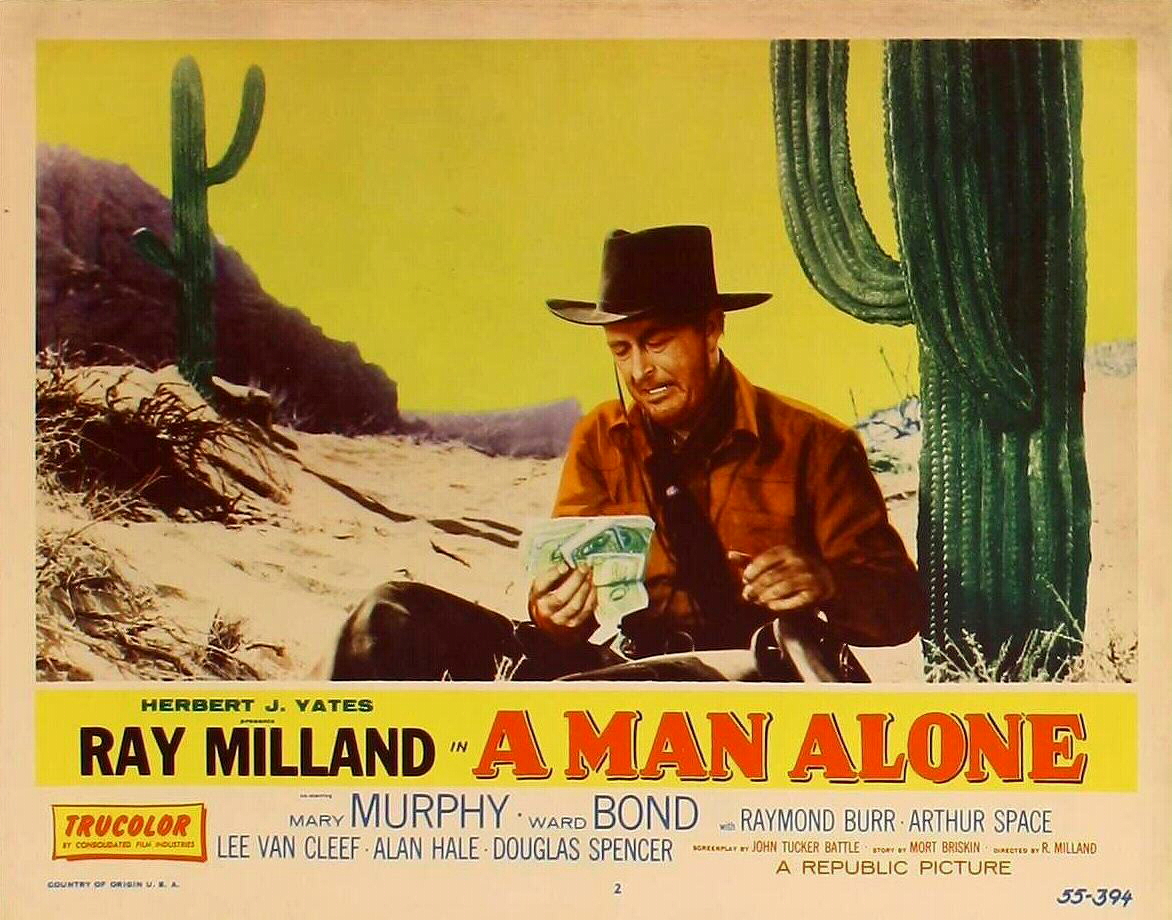 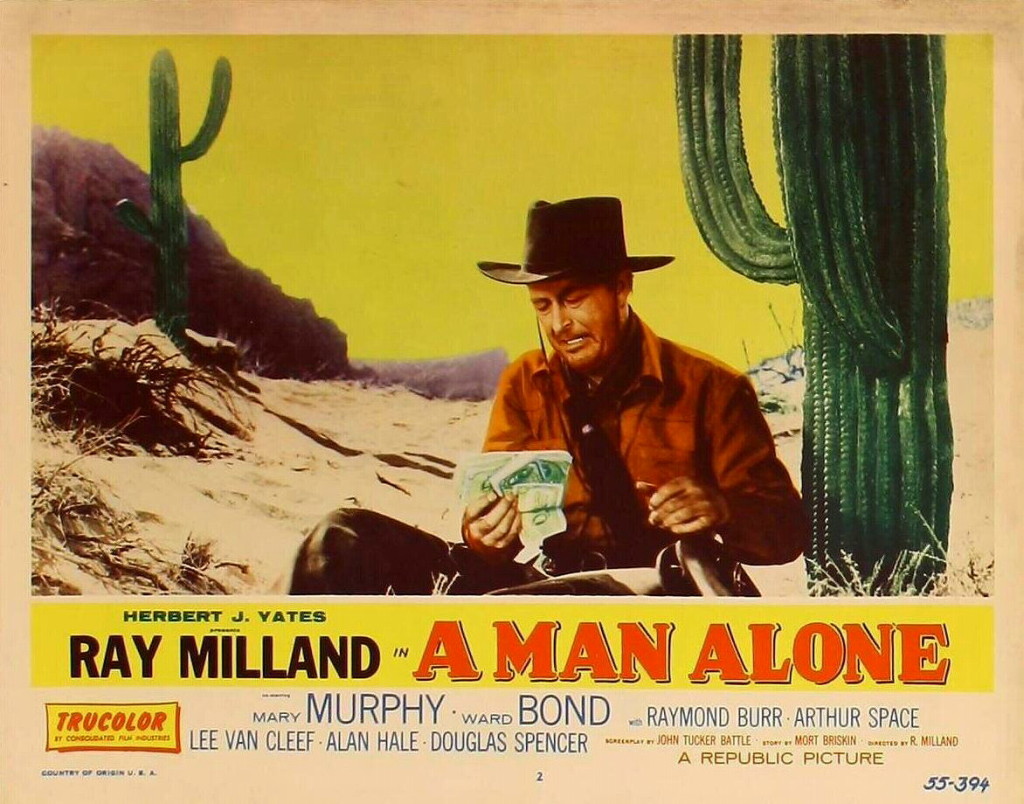 OK, OK. I am a sucker for the Western genre, as little as I’ve (so far) written about it on my fledgling site, here. The formula is just too good. Take a hardened man out in the lawless West, kick up some dust with a shoot-out or two, then give him a reason to go against his own self-interest? I’m DOWN. I mean, the titular hero could probably do something really un-macho like start a community garden, but I’d still go for it. It’s all about the win-over of tenderness, you see.

That said, Ray Milland‘s directorial debut, A Man Alone, is such a great installation in the genre I’m surprised I’d never heard of it before. Co-starring an impressive cast including Mary Murphy, Ward Bond, Raymond Burr, Lee Van Cleef, and Alan Hale Jr., this Western isn’t especially novel in any way, but it isn’t entirely predictable, either. The story starts with some rather harsh and even graphic events by fifties standards, and meanders through a man-hunt that is neither feverish or plodding. It’s a great little Western and a wonderful installment in Milland’s earlier canon of films. 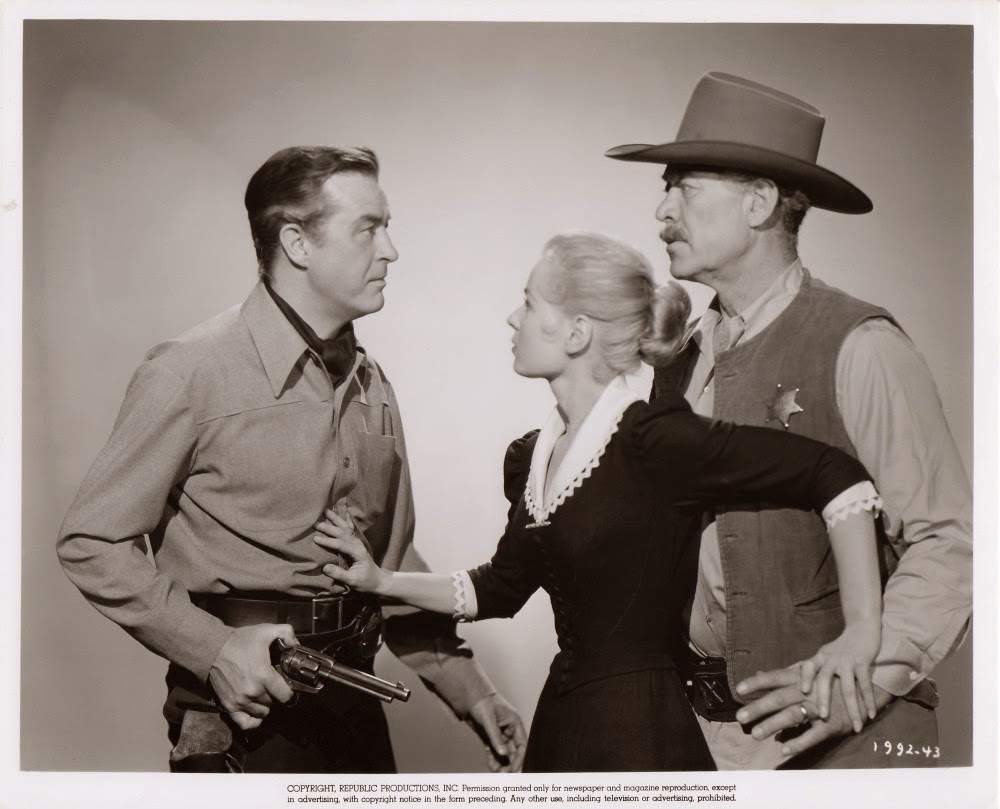