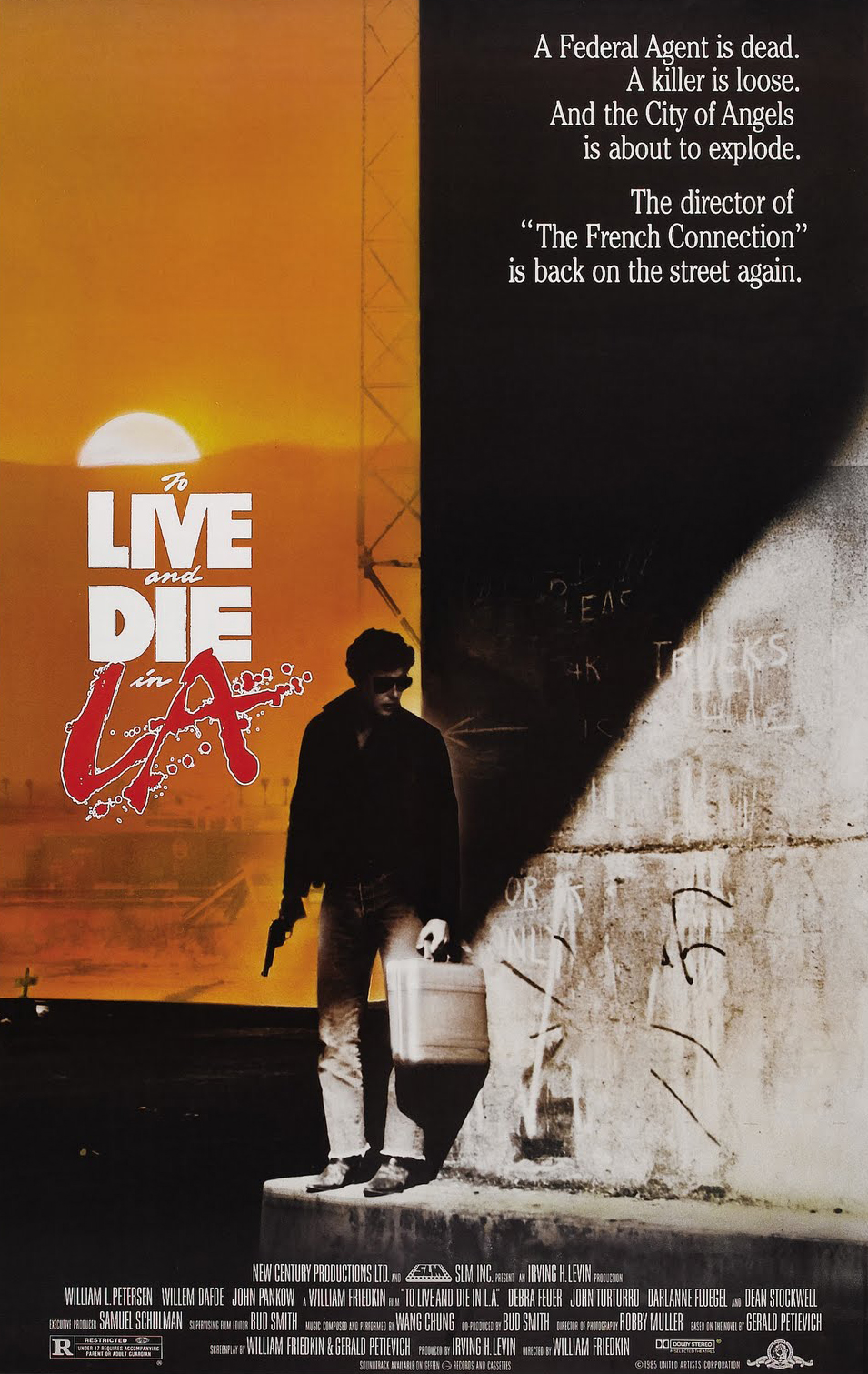 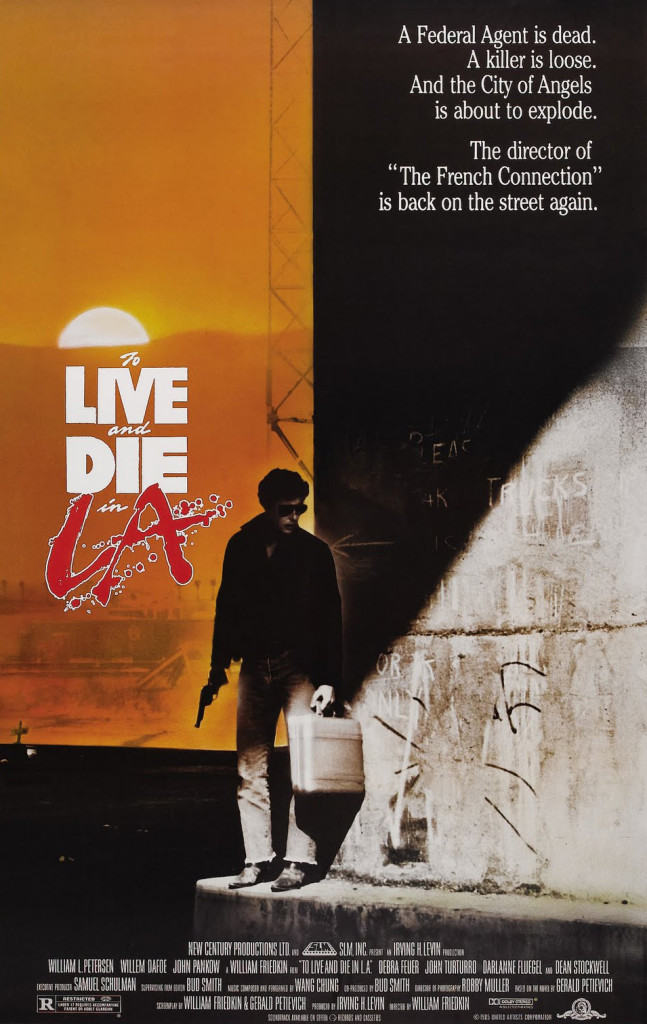 I don’t know why this film isn’t more roundly praised. It is, for the genre it embodies, note-perfect. I kicked off my week with this one as part of a self-imposed “80s action noir” bender – and I couldn’t help observing how each of these three aspects are perfectly balanced in this work.

Is it 80s? OH HELL YEAH. It’s got the soundtrack – an iconic series of songs by Wang Chung. It’s got the fashion: the silly obsession with skinny exotic dancers in thong underwear, and men wearing Wranglers and occasionally, sadly, poly turtlenecks. So yeah, the 80s elements are a little dated, yes – but this doesn’t detract from the film.

Is it action? Oh yes. Some of the best action choreography I’ve seen – scenes that hold up well today, and don’t include ridiculous – and boring – explosions.

Is it noir? Um, only SO MUCH NOIR! In fact, in the “where is the line between Good Guy becoming Bad Guy” cinematic play, I’m not sure if I’ve seen a better story. It isn’t realistic, sure (um, noir never is!) – but it’s not far off realism, and it’s entirely dark and delicious! 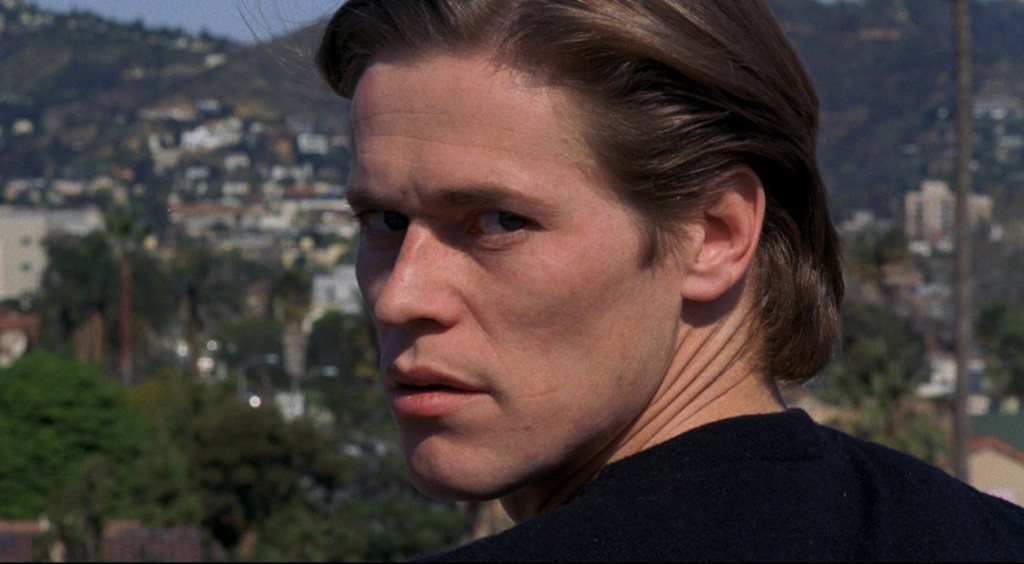 I beg the reader to stop reading this moment and go no further, but watch the film. If you have seen it, here is more praise:

It isn’t just that Willem Dafoe and William Petersen are excellent in this film as Bad Guy and… well, Bad Guy… it’s that the story is pretty unpredictable. Petersen descends from a passionate, hot shit cop, to an abusive, hot shit menace – and since I was thinking he was going to be a Good Guy I kinda fought this transition for about half the story. That said, even while he turns into a Shit, the film shows his humanity throughout. His final moments as a character are hurtful to witness.

In fact, the only predictable bits are the first fifteen minutes – when we are treated to multiple scenes of a good guy cop telling us all he’s gonna retire in a few days. No, really! And then, the only Good Guy in the film gets shot in the face. This is before we realize he’s the only Good Guy we’re gonna get! (By the way, this movie loves shooting people in the face, so we see a lot of that.)

Besides the score, the film has some other great elements. We, surprisingly, are treated to male nudity – and not just backsides either. In fact as far as diversity politics go, this film is surprisingly progressive. There are predictable 80s racial insensitivites – but not the worst we’ve seen, by far! – and yes, le sigh, women are given short shrift in their roles. (Yeah. That’s one element of noir that ALMOST ALWAYS sucks). That said, the film is curiously progressive in terms of a lesbian subplot. And the machismo that ran rife through most 80s blockbusters is quite a bit more subtle and twisted, here.

And this film? Is S.E.X.Y.! Yes, even with the goofy eighties crap. It’s still pretty hot!

The writing has that great noir bit of, “what the hell is happening?” – but it doesn’t fly up its own arse with its opaqueness. The car chases, hand-to-hand violence, and action sequences are grandiose (AS PER THE ACTION GENRE) – but also, great. You get the distinct impression no one’s safe – and: no one is. You’ll also enjoy all the actors in the film – even a baby John Turturro! – who’ve aged well since but here, look like little boys!

This is a must-see for anyone into macho, dark cinema. Aw yisssss 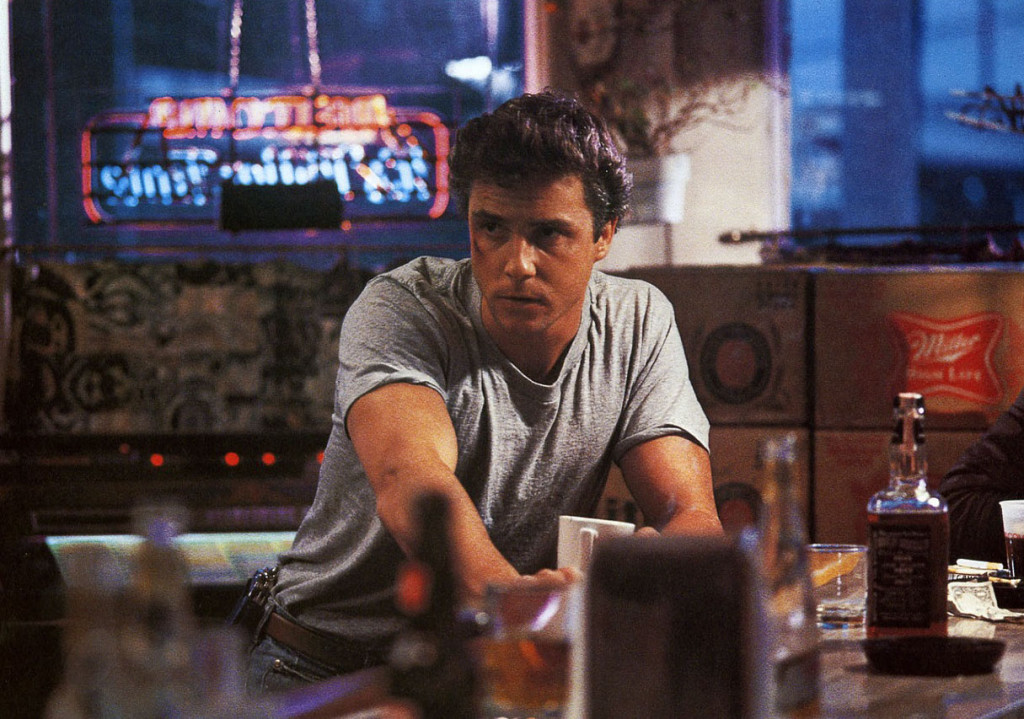