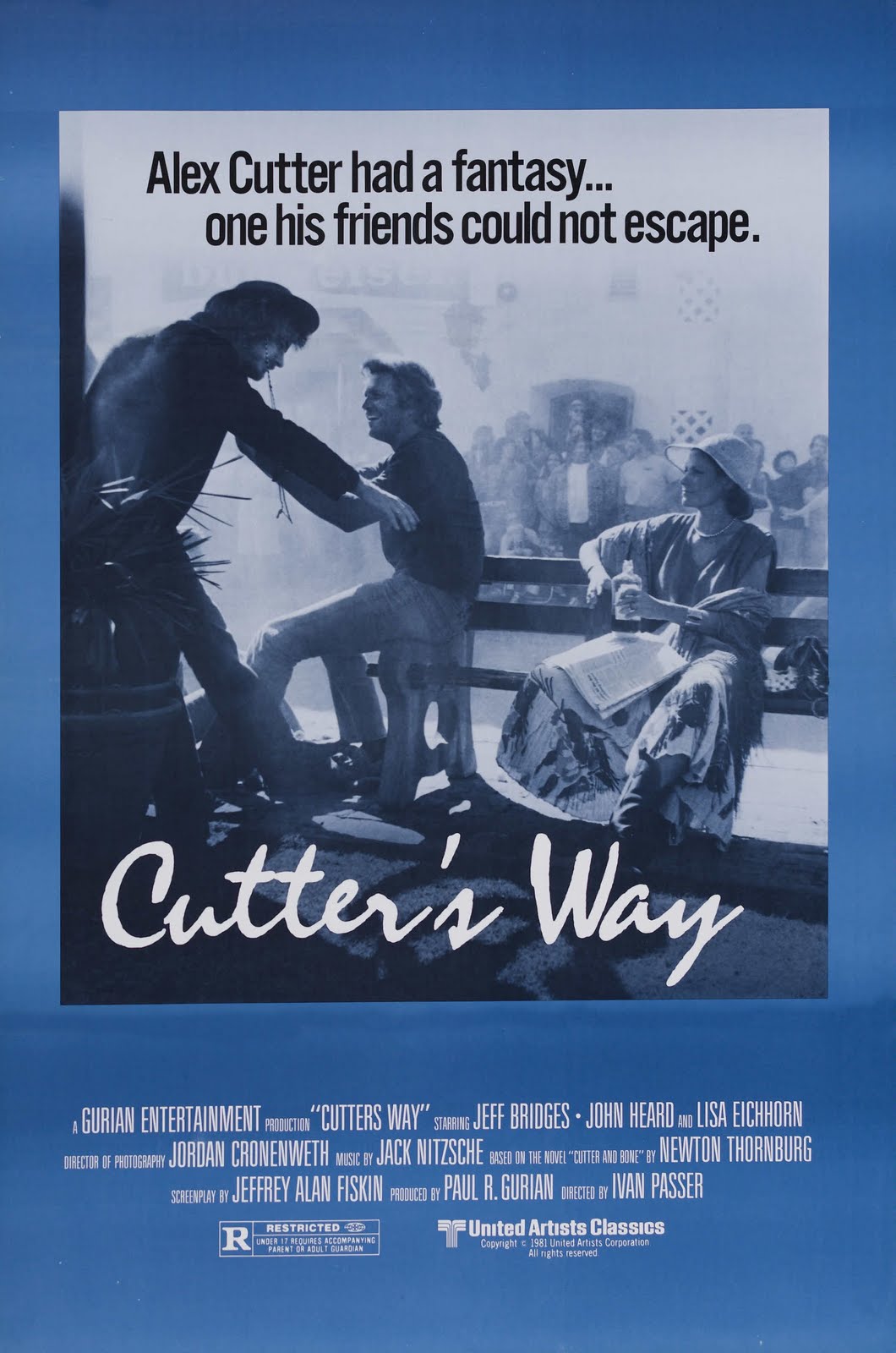 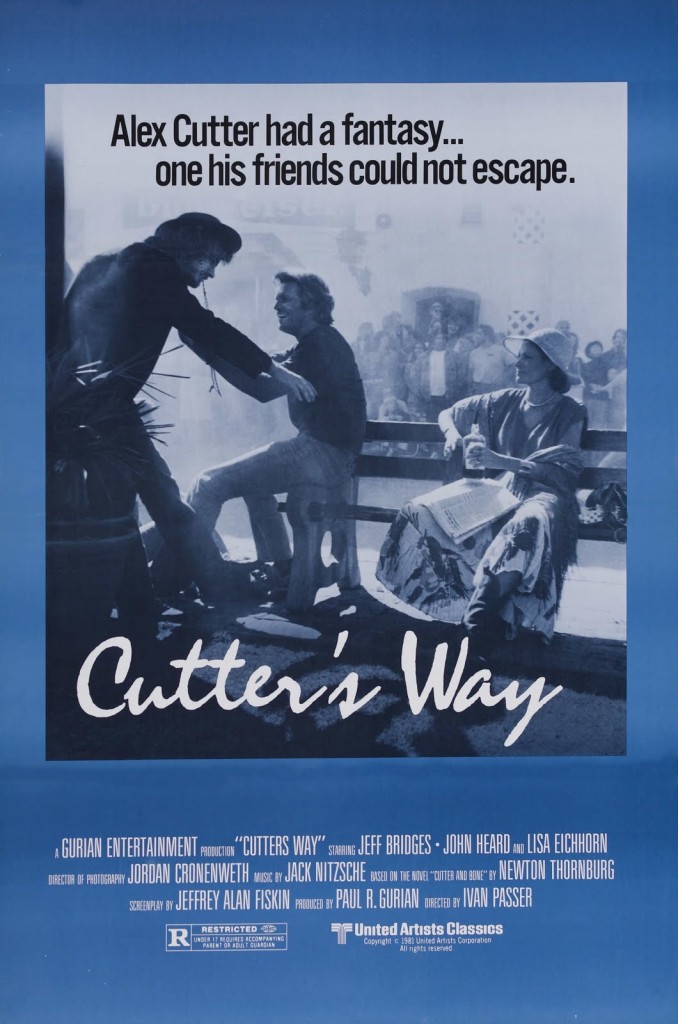 A somewhat self-involved bit of noir drama, this film a principle charm that surprised me: John Heard. The “That Guy” actor nails it – absolutely NAILS it – in the eponymous role of Alex Cutter, a troubled-but-brilliant alcoholic Vietnam War vet. Cutter’s best friend and near-constant companion is Richard Bone, a washed-up “everyman” yacht salesman who is also a bit of a sleazy playboy. Now don’t get me wrong: Bridges’ performance is pretty great, too, but so much like William Hurt’s character in Body Heat I got confused a time or two (yes, including the bony, sweaty torso and unappealing 80s mustache). The two besties, then, are in love with the same woman – cutter’s wife Mo – and within the first few moments of the film stumble into a murder mystery that seemingly no one wants to solve – except Cutter.

Noir roles for women are notoriously poorly-written and underdeveloped, but this film outdoes even the genre norms. There are exactly four women in the film: a pretty, teenage corpse (which we learn nothing about, ever), a tragic waif/love triangle interest (played in turns depressing and crying – or shrill), a rich-bitch villianess (given about two lines, I think) – and a sister-of-the-bereaved, used as a foil for the male characters then seemingly, entirely forgotten in the third act of the film. I felt better, in general, when women weren’t onscreen. It was just that bad.

That said, the film is dark, and sad, and special. Cutter, with nothing to do but stagger along drunk and romance his sad wife (also an alcoholic), comes to life when he believes he’s found a great trespass of justice. Bridges sits on the fence: his ambitions end at bedding his best friend’s wife. The last few moments of the story resolve (kind of) into a cryptic but kind of fabulous, dark denouement – and incidentally showcase a really stunning, but brief, bit of horseback. 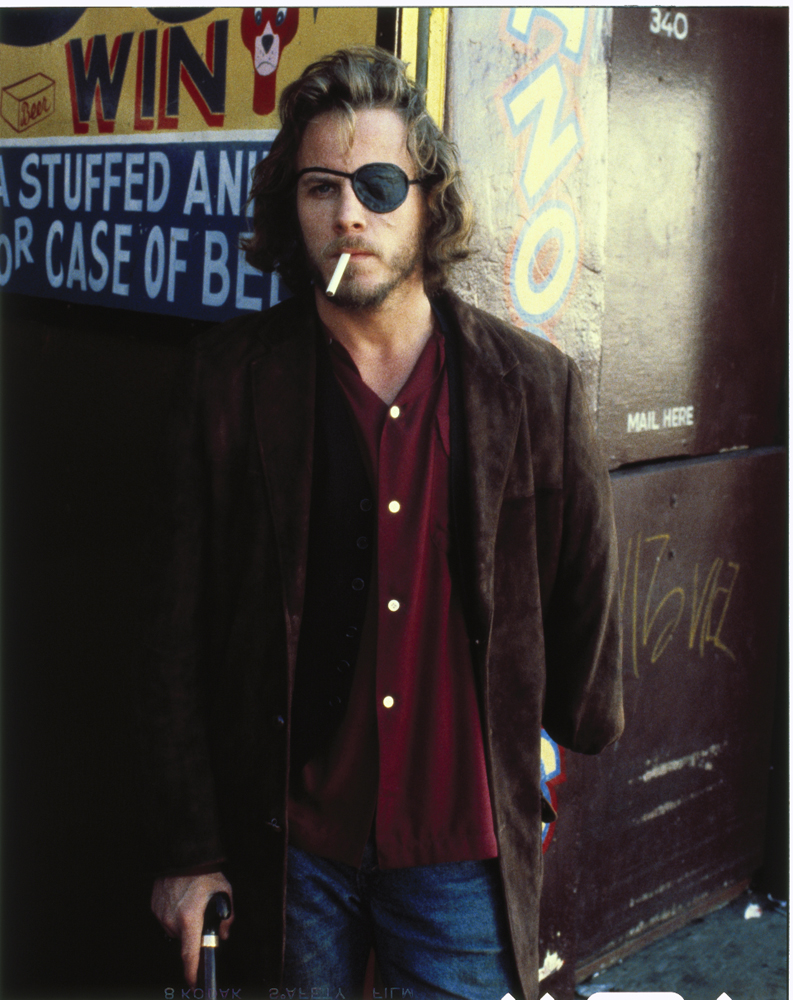