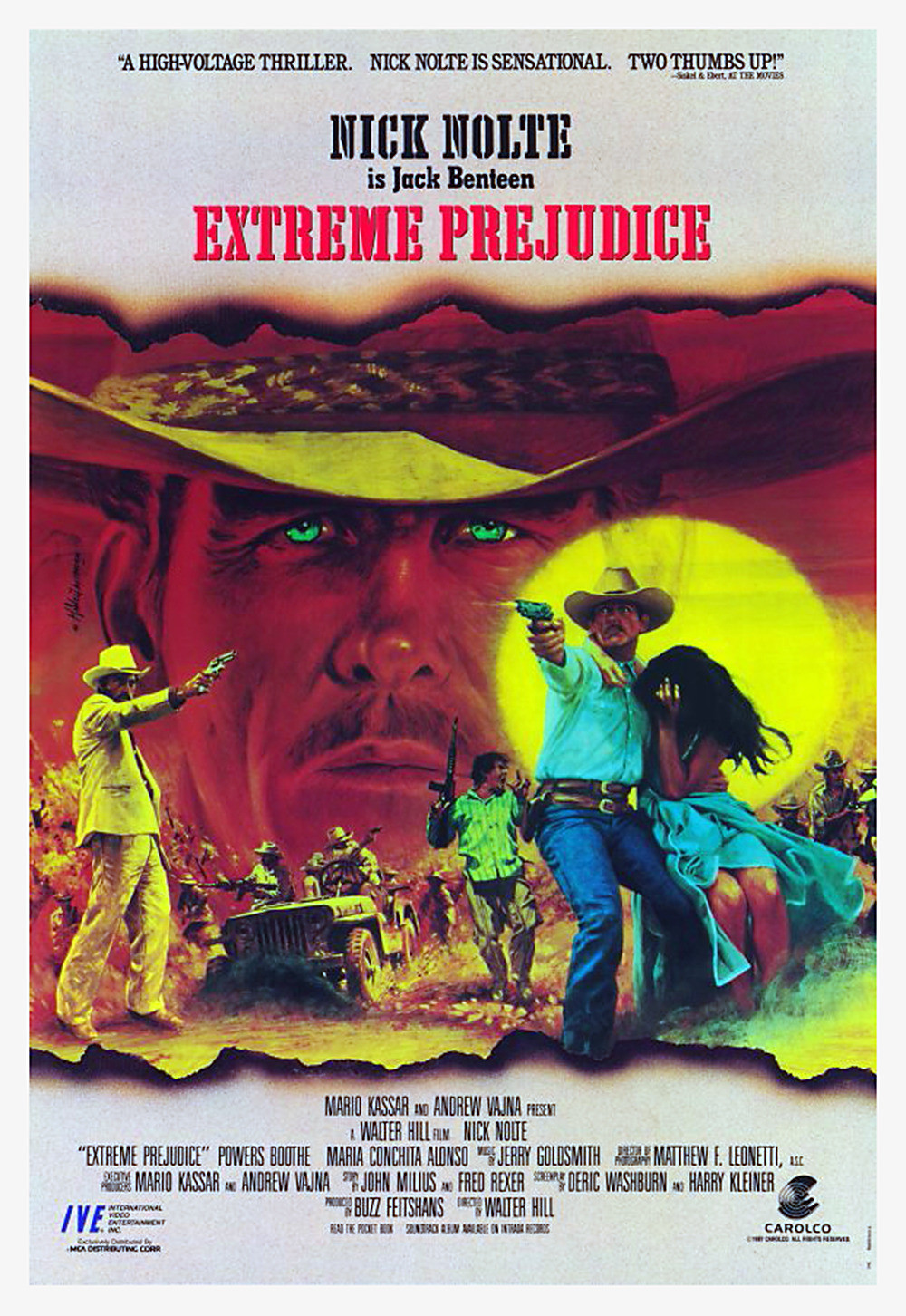 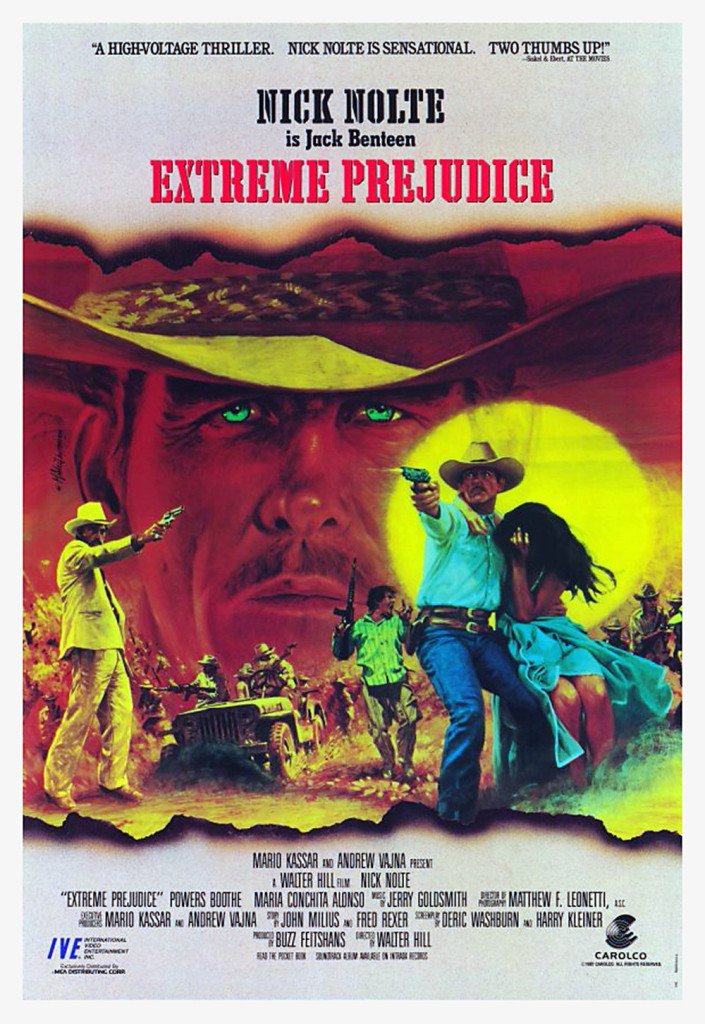 Despite a solid premise, an epic movie poster, and enough 80s action-dude power to stun a small donkey, 1987’s Extreme Prejudice did not achieve its hoped-for commercial success as an homage to Western action. The film has not aged well and, despite many charms, ends up reading as unknowingly self-parodying.

That said, there is a lot to like. Stomping about with set jaws and steely glares, Nick Nolte (in orange pancake makeup) and Powers Boothe (in brown pancake makeup) face off for a duel – several times – in an entirely predictable “gritty” story of drugs, crime, and childhood-buddies-gone-astray. They fling a lovely and sweaty-looking Maria Conchita Alonso back and forth between them but as is the usual case you can tell the real business is these two men and their Feels for one another. Life’s a little simpler these days: you can just make out with that dude you’ve had the hots for since Pee-Wee Football. But instead, since this is the 80s, the two of them end up killing about four dozen Mexican citizens, a few uber-macho American special-ops, and – spoiler alert! – an adorable, crusty Rip Torn. 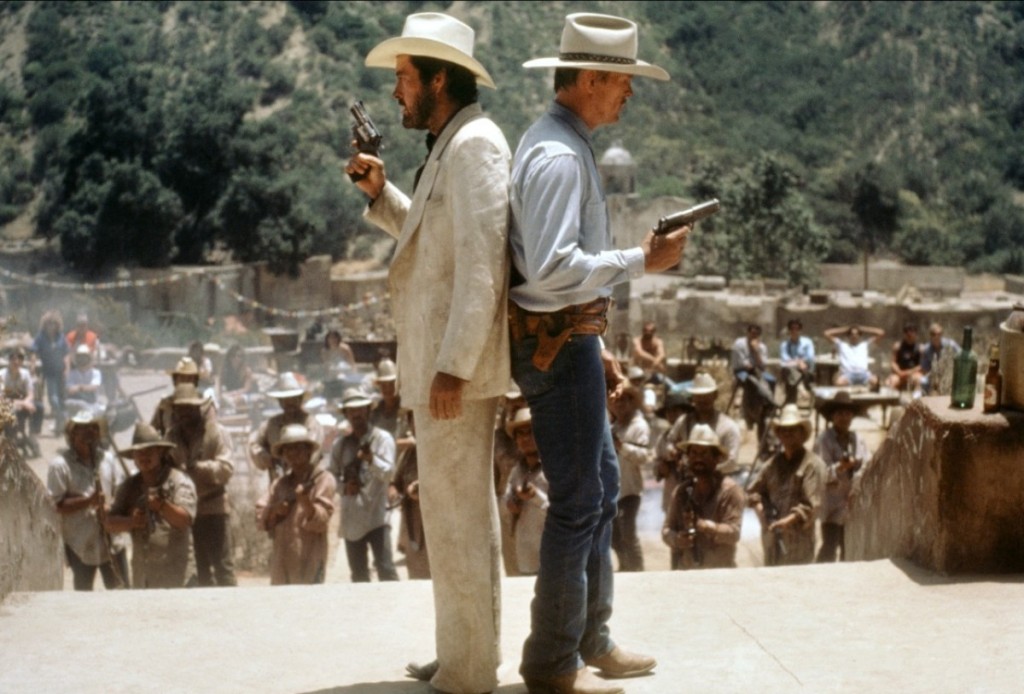 I’m not kidding about the amazing 80s-bro cast. In addition to the abovementioned we are treated to Clancy Brown, Michael Ironside, William Forsythe, Marco Rodríguez, and Tommy “Tiny” Lister! Everyone ends up under an unconvincingly greasy layer of sweat, waiting for automatic gunfire to tear through the pack of Mexican mercinaries in the bordertown standoff they’ve found themselves.

It isn’t a bad film, but it missed it’s “edgy” mark somehow – and is too glum fare to make for fun viewing. However – let me be perfectly frank – I’ll watch Powers Boothe in just about anything. And in seriousness, director Walter Hill is clearly a talented fellow, and I’m sure I’ll be digging deeper into his works. 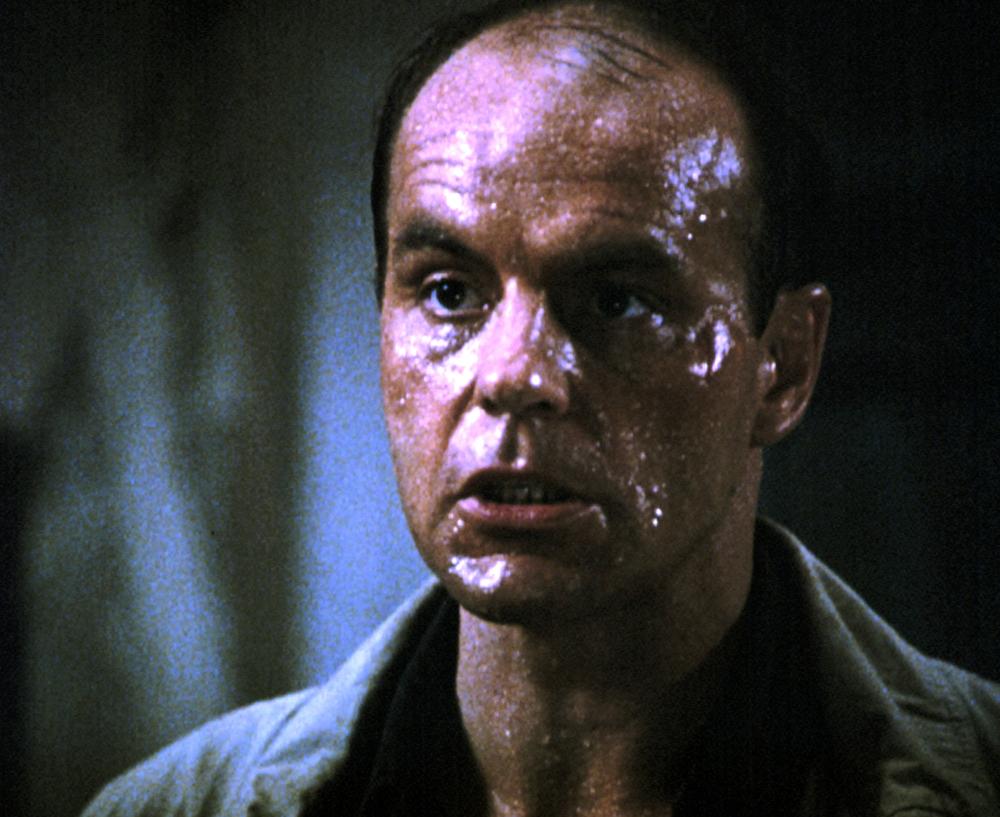