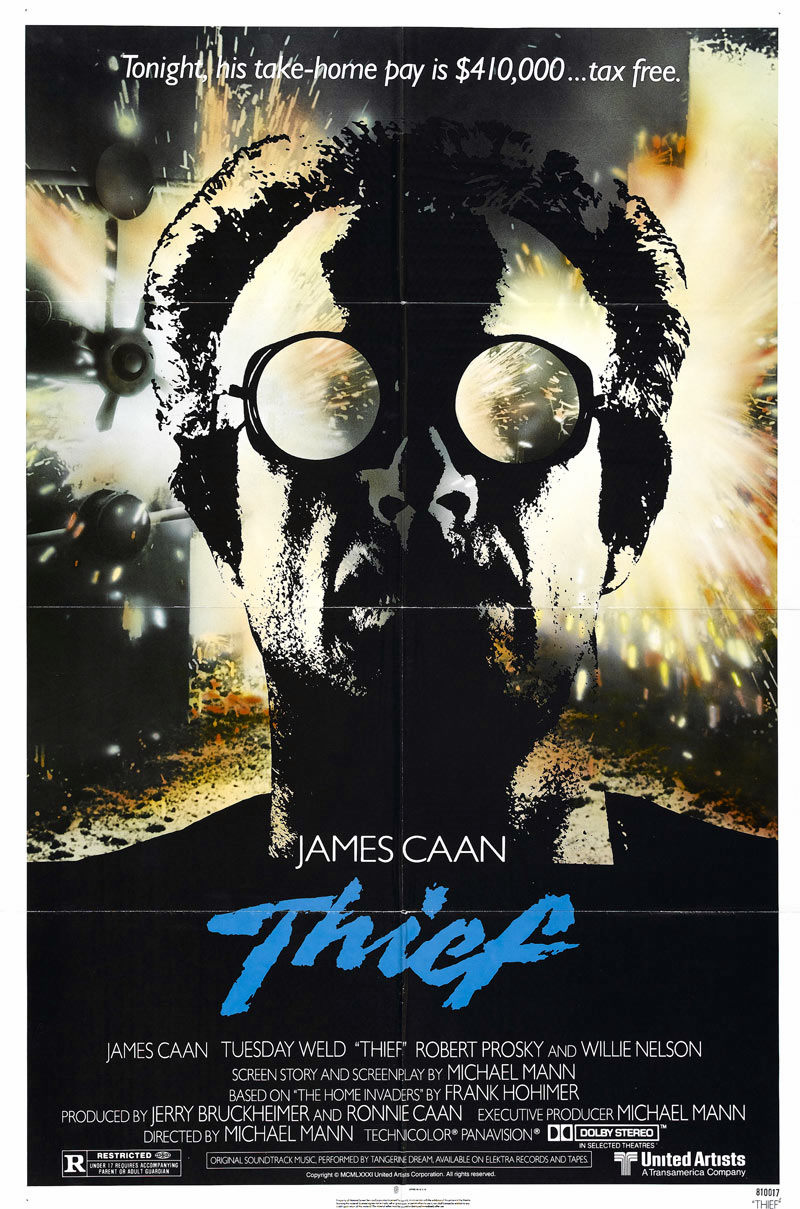 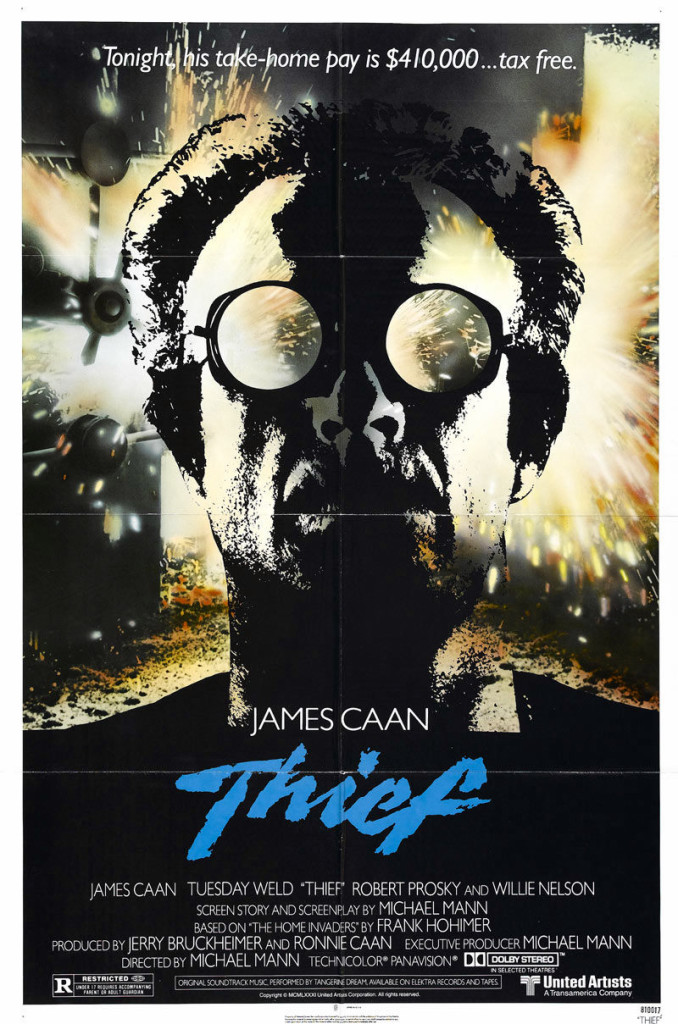 My favorite Michael Mann film – so far. James Caan stars as Frank – a brisk, extremely cloistered high-end jewel thief who rather suddenly stumbles on an idea for a better life. Only in his thirties – but with almost a third of his life spent behind bars – he somehow believes time is running out. After bad news and a bit of inspiration he elicits the help of a woman to make a life for himself. A woman – and a last big score of jewel-robbing to pay for his retirement.

Incidentally, the night before I watched this film we had our vehicle prowled. I’ve often thought thievery can’t be that much fun – a lot less glamour and a lot more more work than movies make it out to be. To that end, this film does not disappoint. It really shows the guts, grime, fatigue and tedium of making a living this way. It offers a glimmer of hope. Will it snatch it away again? 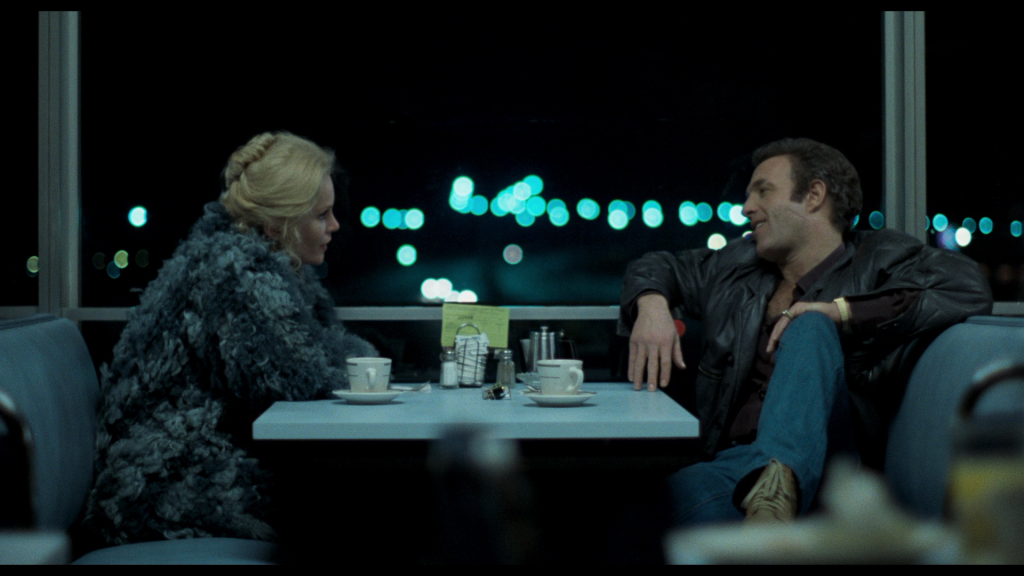 Caan is excellent – entirely convincing in his role, with no gloss or swagger, and an undercurrent of pain from a trauma-ridden young life. Tuesday Weld is also stunning. She’s also lived the street-life and she knows what it’s about – and the lens respects her as an equal in the partnership. Robert Prosky, as mob boss Leo, is effective- and entirely chilling. I often tune out for mobster films and the sameness of the threats and violence, but these mobsters had my attention. The film also holds it’s own style-wise, looking hardly dated at all.

But better than the action, violence, big money, fabulous cars, or the lingo (Michael Mann loovvvvves his lingo and fast-crime-talk!) – are about four conversations in the film that, taken as a series, tell the whole story. The first, a brief conversation between Caan and his jailed mentor (played in a touching, understated way by Willie Nelson) – which just about tore my guts out. The second, a crime negotiation between Frank and Leo which, although jargon-laden, was easy enough to understand. The third, a wonderful and heartbreaking conversation between the leading man and lady, when they talk about their past, and their future. And the final: a grisly, horrid speech by Leo as he looms over a beaten Frank.

The final act of the film disappoints, a little. It isn’t a happy ending by any means, and not a particularly satisfying one.

A small roles and cameos are fabulous: a young Jim Belushi as a trusted cohort. William Petersen (in his first role onscreen) – in a brief minute, as a bouncer. Dennis Farina as a heavy. A really great treat for any fan of the action-noir genre.