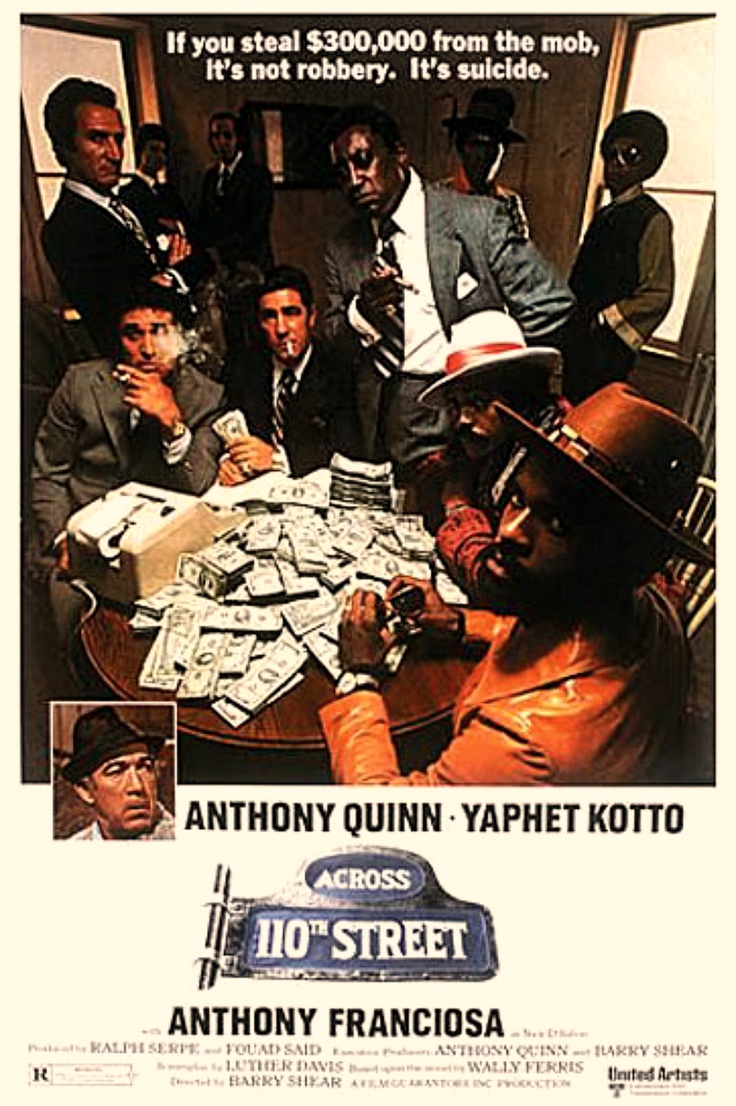 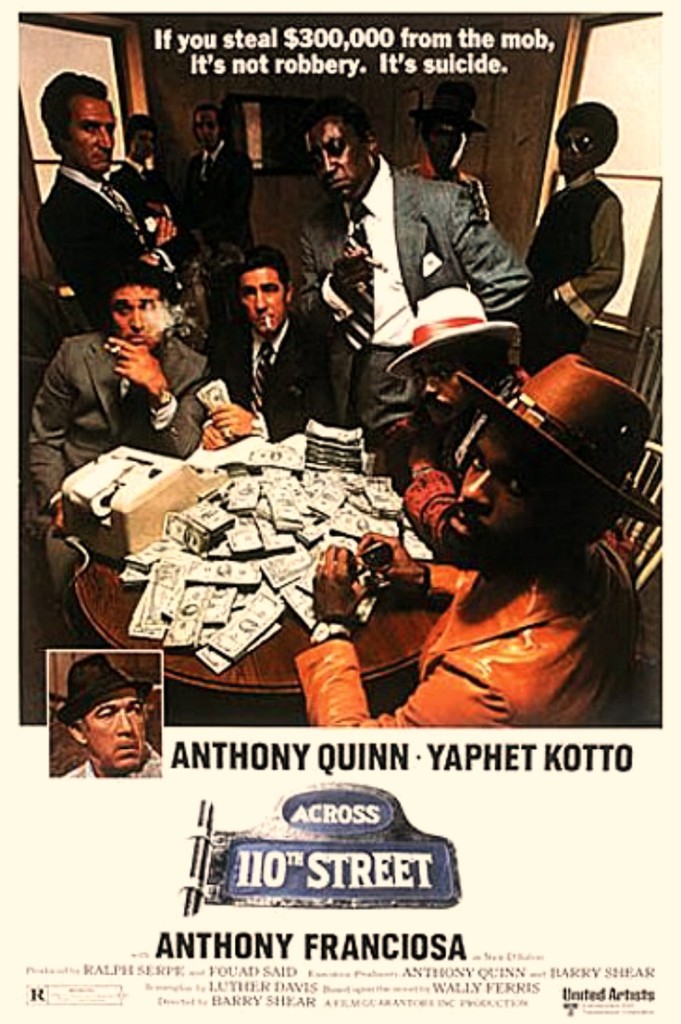 I remember reading on the now-defunct website for the excellent action comedy Black Dynamite (2009) that there are something like six hundred films categorized as Blaxploitation. The genre – notable for its violence (particularly against and between black men), soft core sexuality, and revolutionary soundtracks and scores – has some very ugly moments, as all exploitation genres do. Perhaps based on style alone, the genre has its fabulous points – and gave so many black actors, directors, and writers their start – that it’s important to cinephiles. But as you can imagine, I’m not always in the mood to fire one up to see just what level of sleaze I’m in for.

Across 110th Street is somewhere in between blaxploitation and crime drama. The story, about a heist perpetrated against the Italian mob, pairs Yaphet Kotto and Anthony Quinn as a kind of Odd Couple chasing the case. At the time of filming Quinn was a household name, and Kotto had just landed the honor of the first-ever (and so far only) black archvillian to the Bond franchise in the racially charged Live and Let Die (1973). They work well together. And the movie, as a crime drama, is well-paced and not too confusing. The “bad guys” (in the form of the Harlem or Italian mob members) aren’t particularly compelling and – a major misstep of the film, there aren’t any good guys. Quinn is a pathetic and washed-up racist which, while realistic, gave us little to chew on. Kotto is a by-the-book “They call me MR. TIBBS!” type, but he isn’t allowed much more territory than that – which is too bad, as the actor has a lot more to give.

The soundtrack and score are simply excellent – the blaxploitation homage Jackie Brown (1997) owes a great deal of its style to Bobby Womack’s songwriting. Supporting cast do a beautiful job: especially Antonio Fargas as a drug addicted would-be desperado, and, in the film’s most effective scene, Marlene Warfield as his common law wife. But it has to be said that in the role of Doc Johnson, Richard Ward steals the show. Wise-cracking, likeable, larger-than-life, and above all: interested in nothing except his own survival.

The film has nowhere nice to go, and it doesn’t. That said, it’s a fairly thoughtful piece and a great piece of film history. Ultimately, fans of seventies crime drama, or the blaxploitation genre, won’t want to miss this one.