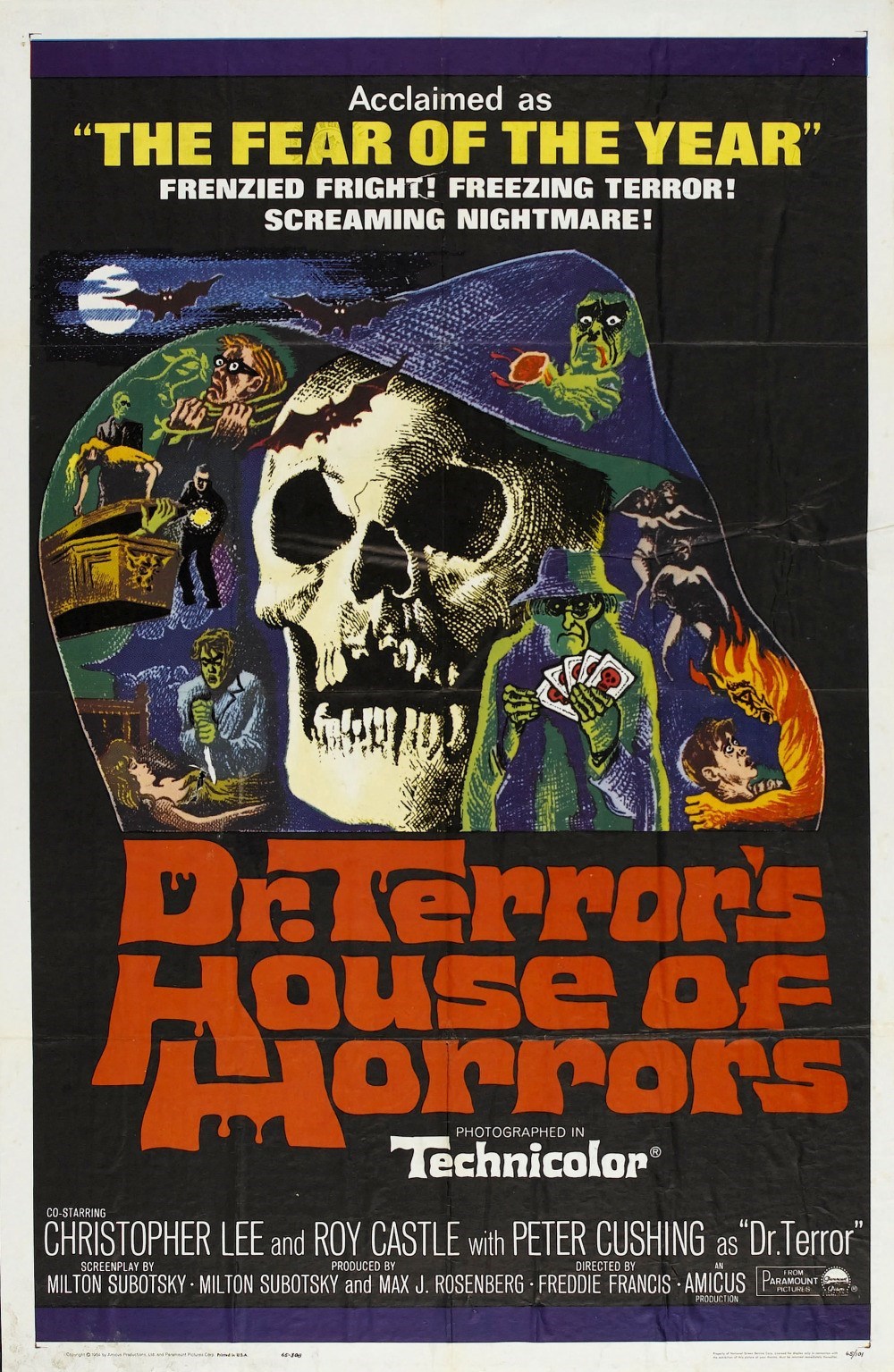 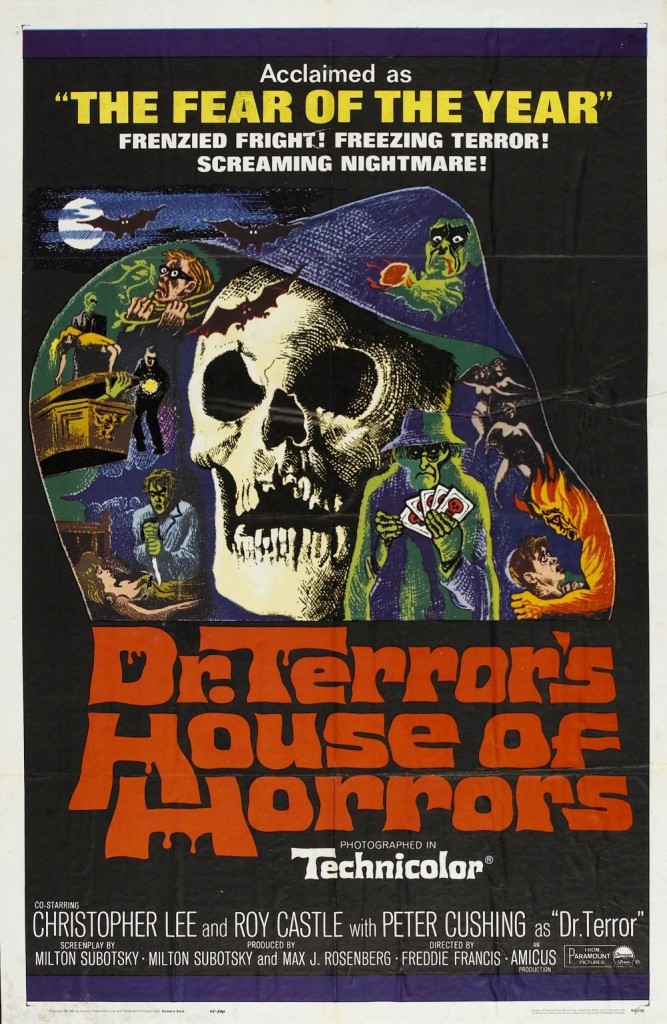 Dr. Terror’s House of Horror, helmed by the directing talents of Freddie Francis and the writing of Milton Subotsky, is a rather silly and unscary horror anthology film. If you’ve seen horror anthologies you either adore them or find them corny and/or repellant. I am kind of in the latter category.

This film has a few delights: notably, tons of great British film and television talent, including Peter Cushing, Christopher Lee (in what may be his snottiest role, ever!), Michael Gough, Bernard Lee, Jeremy Kemp, Neil McCallum, Ursula Howells, Alan Freeman, Ann Bell, Roy Castle, Jennifer Jayne, and Max Adrian – as well as one up-and-coming Canadian actor: Donald Sutherland. There are (minor spoilers!) five segments to the story – Werewolf, Creeping Vine, VooDoo, Disembodied Hand, and Vampire – as well as a finale that you’ve probably seen coming about twenty minutes into the film. The comedy is very light, just the right note, really. But the horror is lacking and even with a charming cast, viewing is a bit of a chore. However: the scares are relatively family-friendly, and so perhaps perfect viewing for a night in. 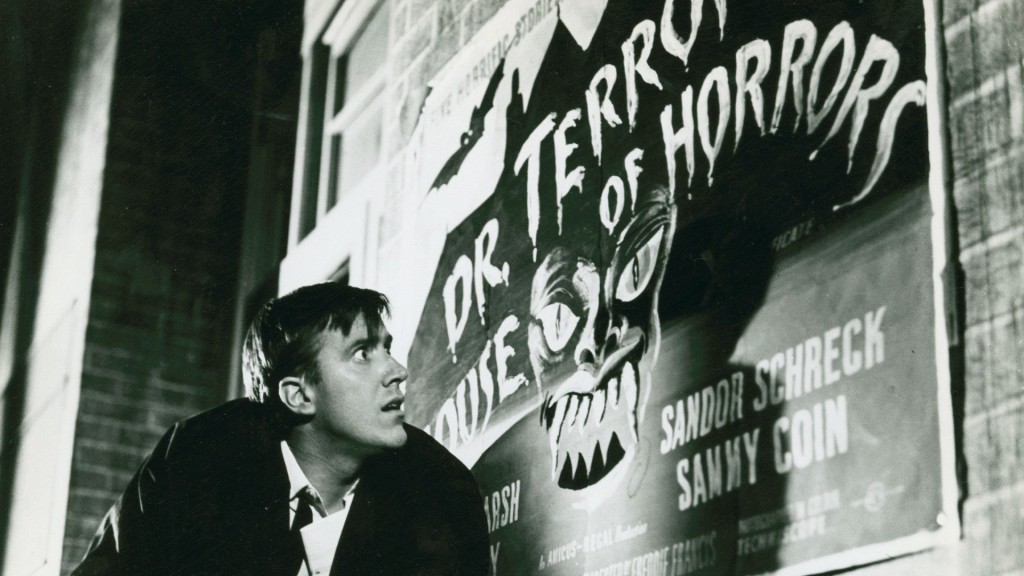