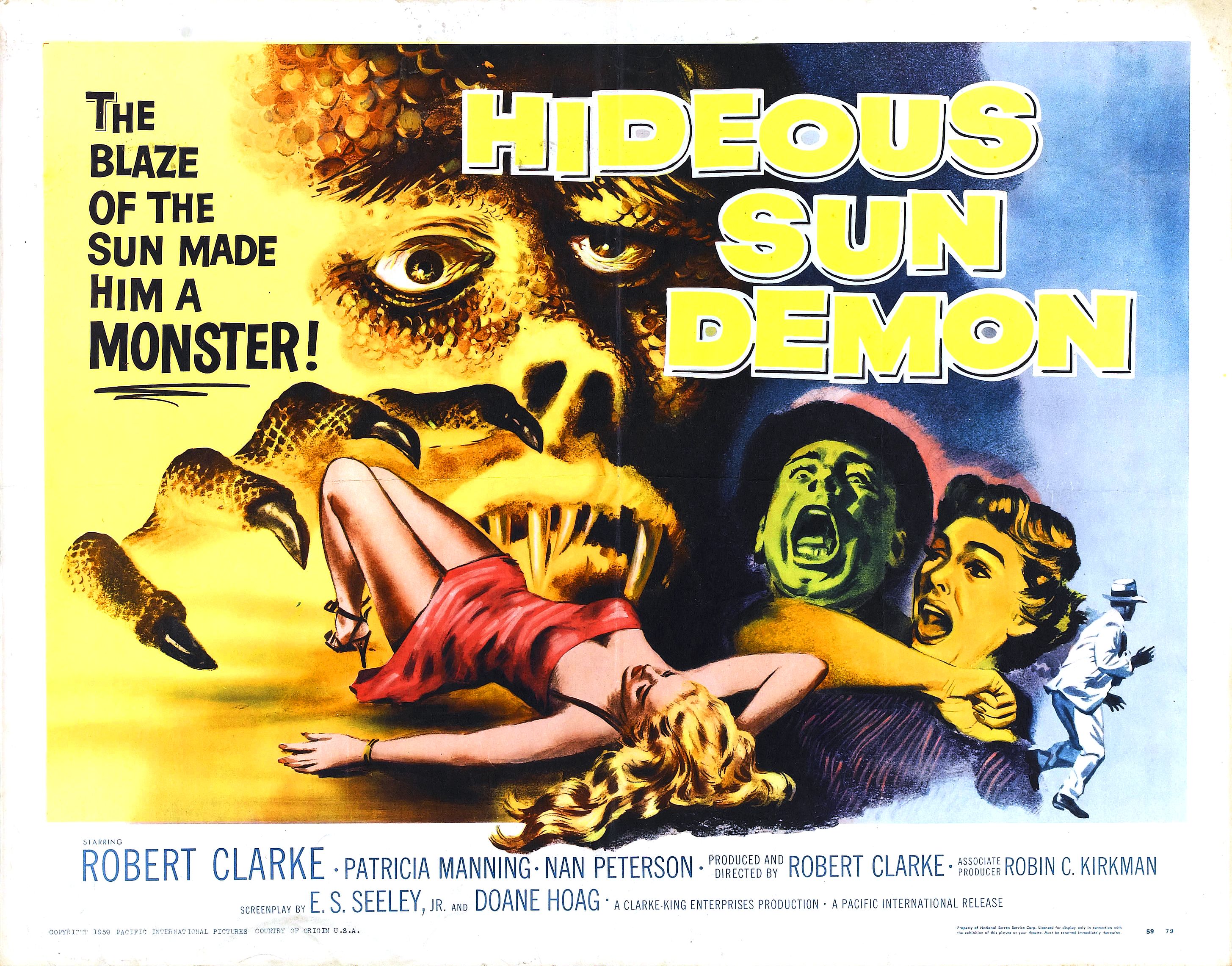 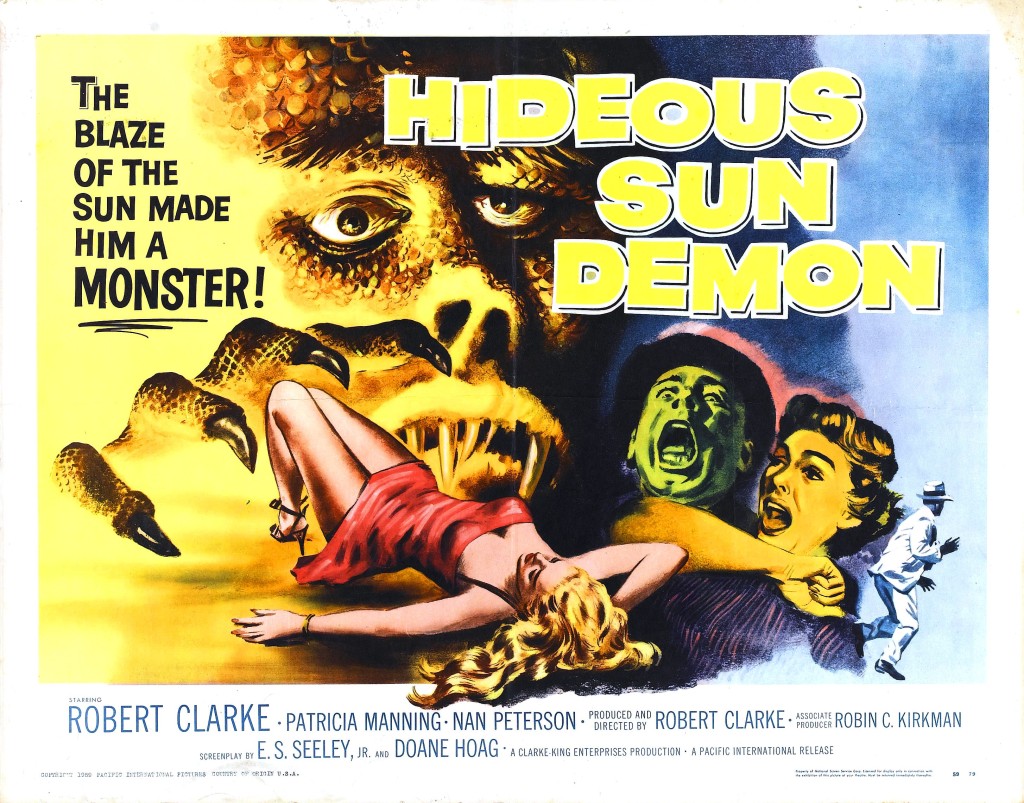 The dangers of tanning! Or – is it dipsomania?

In fact, the allegory to alcoholism is none-too-subtle in The Hideous Sun-Demon (1959), the story of a scientist exposed to radiation and transformed into a kind of reverse-lycanthropic state. It’s hard to know if our film’s hero Gil McKenna (played by B-movie hero Robert Clarke) is really a hero at all –  or merely a villain. The story opens with his accident and he starts acting anti-social, violent, and sexually-inappropriate almost immediately. His scientist buddies (including a lady scientist who may or may not be his girlfriend) and a couple other folks chase him around as he becomes increasingly hostile and scary.

Hiding out from his friends and his unfortunate condition, he sulks in a bar and drinks. There we are treated to a rather frank depiction of casual sex in the fifties, in form of nightclub singer Trudy (Nan Peterson). Women are given short-shrift in the film, most notably their dresses which look like the muslins a garment-maker might fashion. Trudy seems to be wearing a cheap nightgown half her screentime. Her role, and a few animal cruelty scenes, provide a bit of exploitation flair although it’s not a sleazy film in general.

That said, the movie is relatively well-paced and oddly charming. Filmed in Santa Monica and surrounding area, the locations have a certain appeal – I grew up in Huntington Beach until age eight, and the pumpjacks are still there, right in the middle of the tourist stretches. The film’s finale, involving a high-elevation chase (a kind of nonsensical one, to be sure) is more thrilling than creature feature boilerplate. All in all, a must-see for genre film enthusiasts! 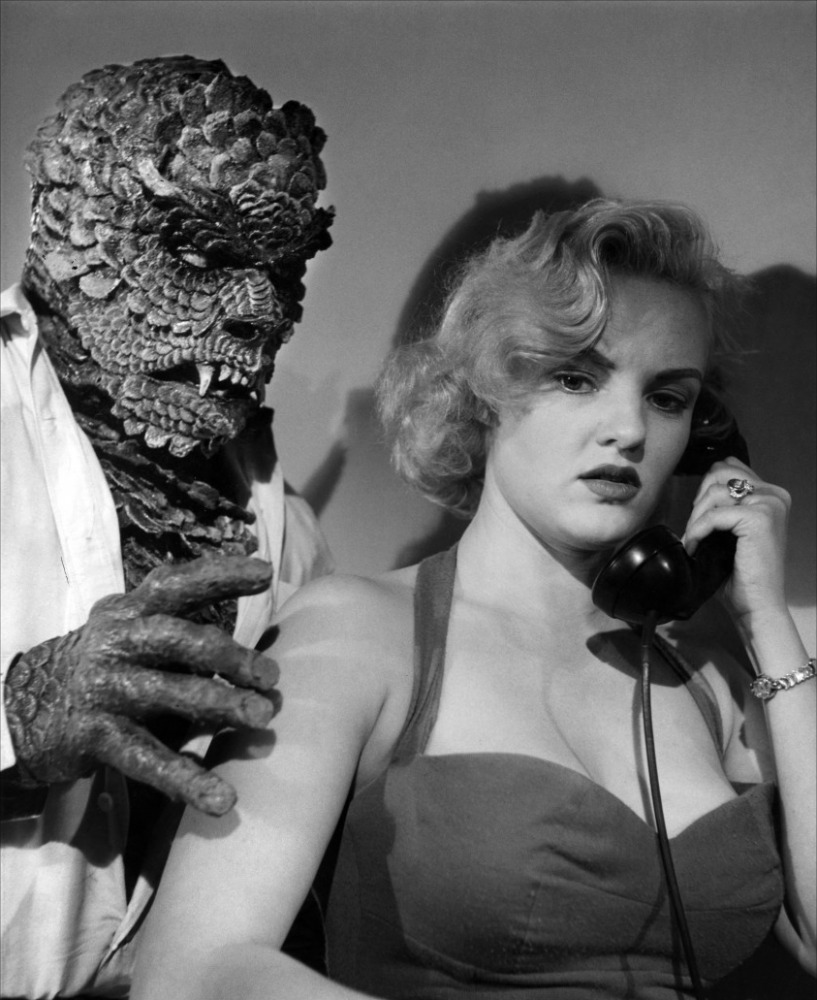