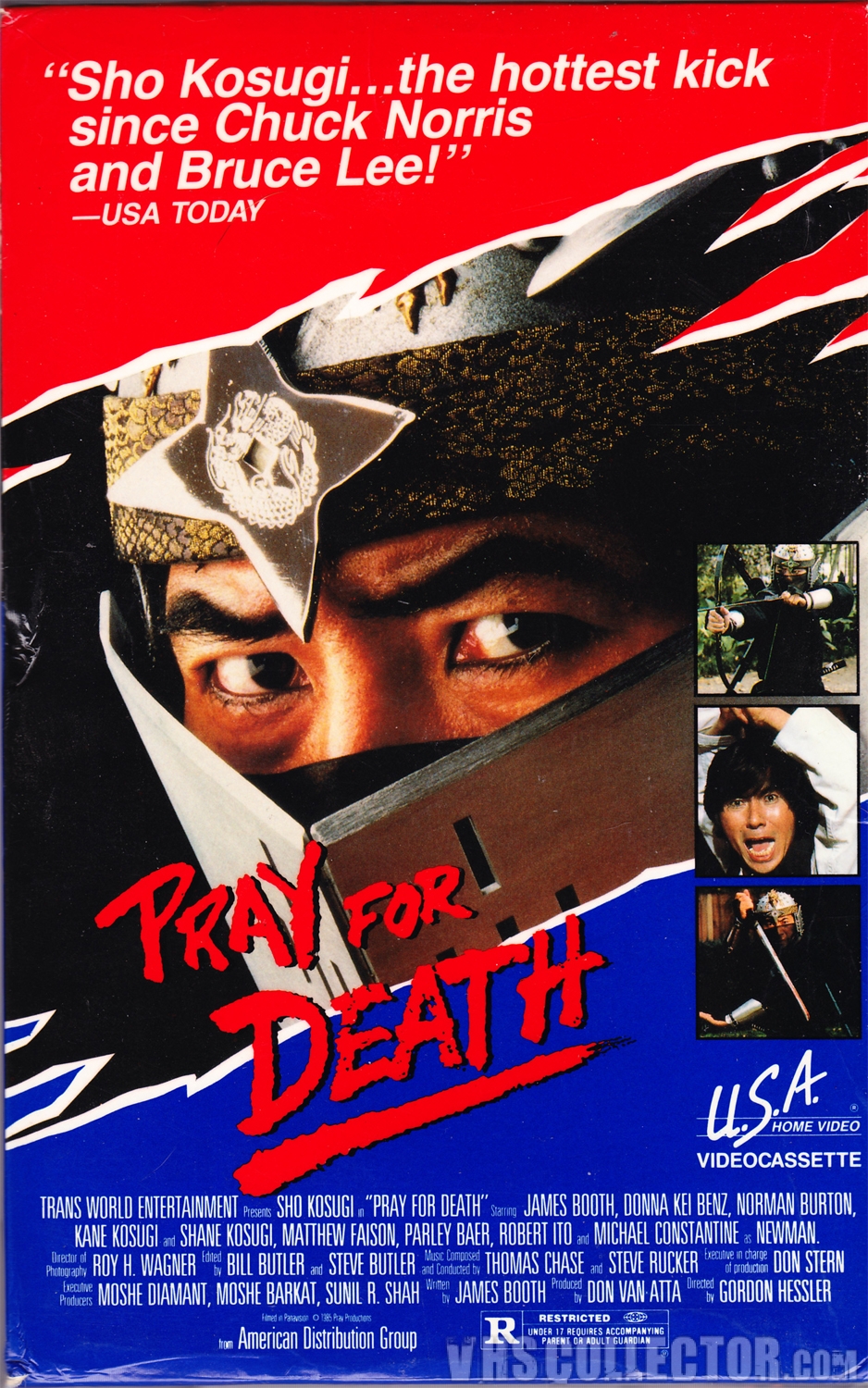 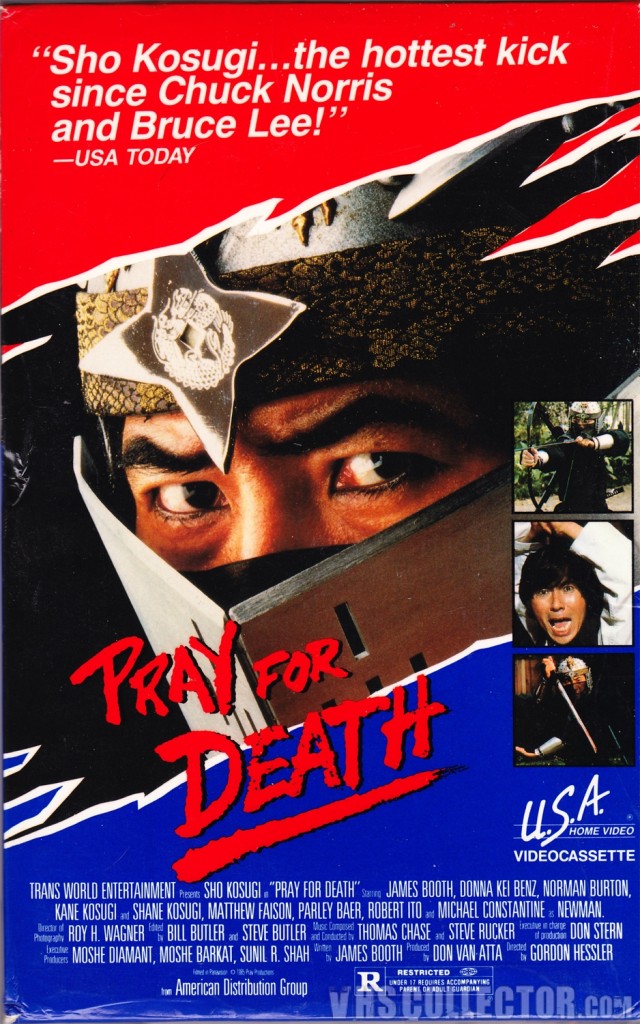 Pray for Death is an above-average martial arts film. If you like martial arts films, you should watch this one. Keep in mind when I say it is “above average” – there are a lot of really, really terrible ones out there!

Released in the prime of Shô Kosugi‘s respectable film career, the film can’t quite decide if it is gritty and awful, or a fun romp through sportcoat-wearing toughs. A rape and murder scene is particularly horrible, as well as a scene where an older gentleman is bludgeoned to death with a crowbar. Kosugi provides just the right amount of bad-ass and it’s easy to see why he was so beloved in the genre. There are lots of bad guys and I couldn’t quite keep them or their various affiliations straight, but horrible-and-handsome James Booth‘s “Limehouse Willie” is a real nasty customer. 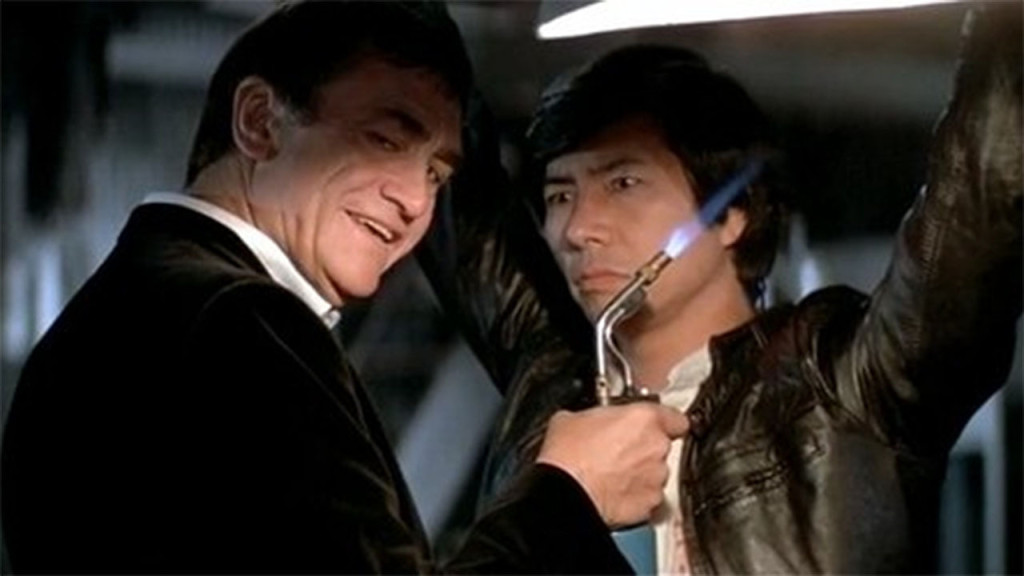 Mostly, the film is an 80s macho revenge fantasy, so of course plot events strain credulity. You’ve gotta ask yourself why the baddest-EVER ninja would retire, emigrate to America, and within minutes haplessly run afoul of a huge, powerful organized crime gang – headed by some of the most sociopathic members of society. That said, there are fun elements in the film. The story itself – while unrealistic and a bit goofy, is well-paced and suitably gritty as per the era. The martial arts and work of Kosugi are wonderful, and there are only a few silly flips and silly costume elements to distract from his athleticism. In Kosugi’s little family (including a lovely wife and two boys played by the actor’s real-life sons), we are treated to a charming warmth, which makes some of the film events all the more off-putting and out of place.

Fans of martial arts should watch this classic. I’m not a particular fan of the genre, but I had a good time.