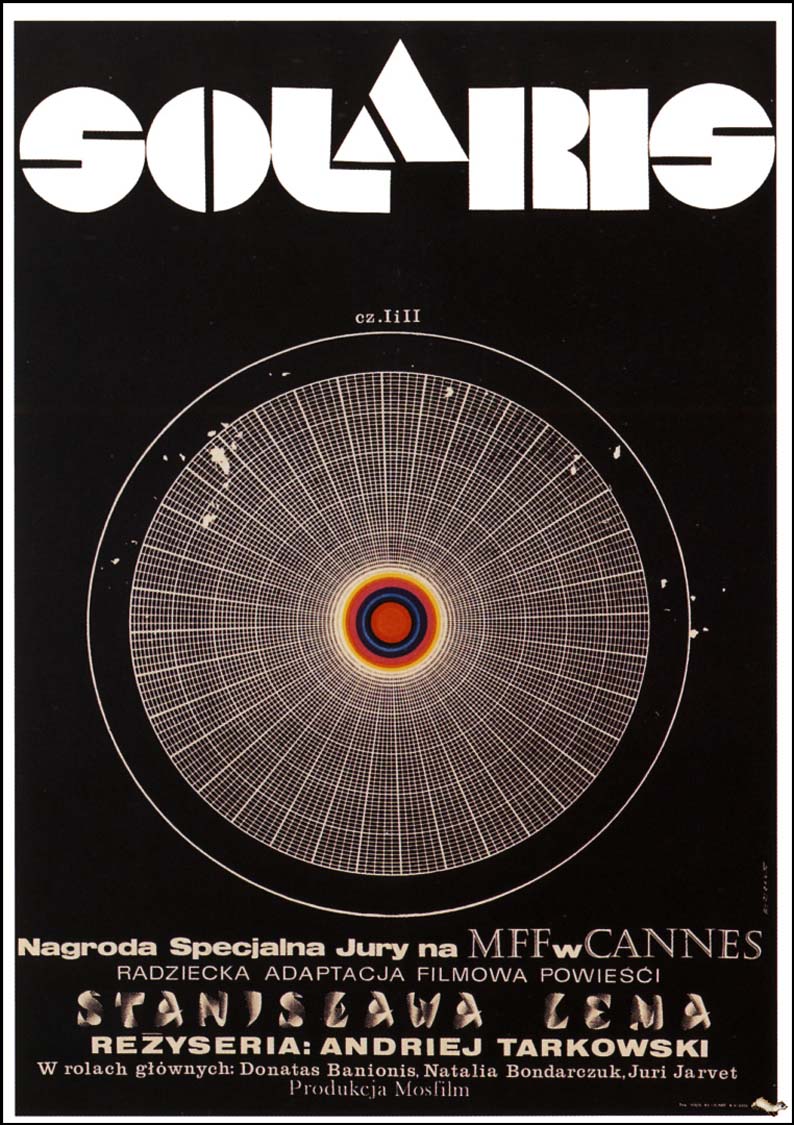 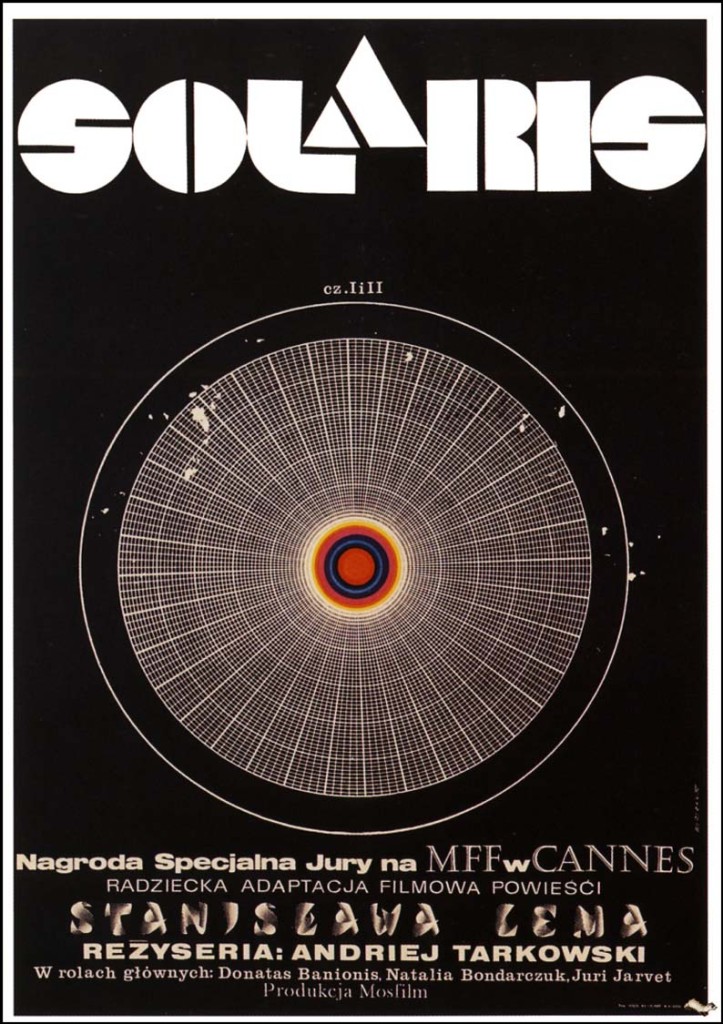 In the opening moments of sci-fi horror/drama Solaris, psychologist Kris Kelvin (Donatas Banionis) spends a last day on earth with a retired and shattered colleague, as well as his own aunt and father. Kelvin is about to embark to a hobbled space station orbiting oceanic planet Solaris. After decades of study, the research mission at the space station has stuttered to a halt. The crew is unreachable and the grounded colleague we meet is depressed and terrified by what he witnessed while in space. The powers that be have decided to send this one guy Kelvin – a guy prone to depression and immune, it would seem, to empathy – to investigate. E 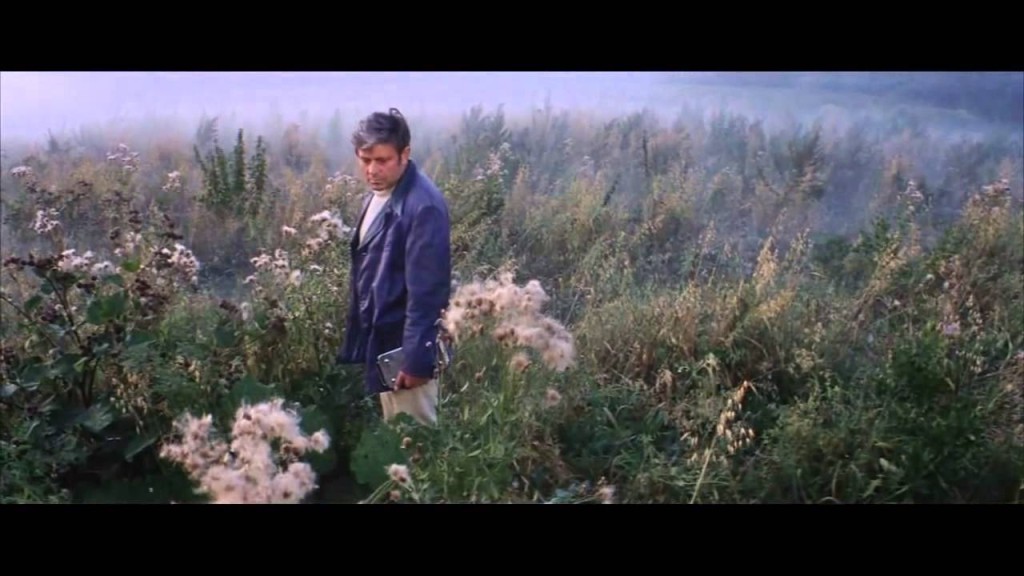 Kelvin shows up and the ship is a mess, the remaining inhabitants a bit unhinged and remote. Soon, other people start appearing onboard that shouldn’t be there. Creepy indeed, and definitely a precursor to other more lurid material (like 1997’s effective little shlock-horror Event Horizon). In this case, we aren’t treated to horror or drama – mostly a handful of lumpy white men talking about what a drag it is to be human, and to do Science, and to have to deal with real life instead of just exploring and conquering.

Solaris is, in my opinion, an exploration of the egoism of man (and I do mean mankind as currently helmed by men) at odds with the human desire to experience altruistic love, peace, and humility. It is also a film about mis-communication between species. I don’t find the film as complex as others do, but I do think it is a lovely work. It is also spooky and horrible, without once resorting to jump-scares or cheap emotionalism. A more bold use of special effects could have made it seem more like a science-fiction epic and less like a play with a handful of sets (it also could have backfired). I look forward to watching the 2002 remake (which isn’t nearly as well-loved), to see if there’s anything interesting there.

“We take off into the cosmos, ready for anything: solitude, hardship, exhaustion, death. We’re proud of ourselves, in a way. But our enthusiasm is a sham. We don’t want to conquer the cosmos – we want to extend the boundaries of Earth to the cosmos. We are only seeking Man. We don’t want Other Worlds. We want mirrors.” 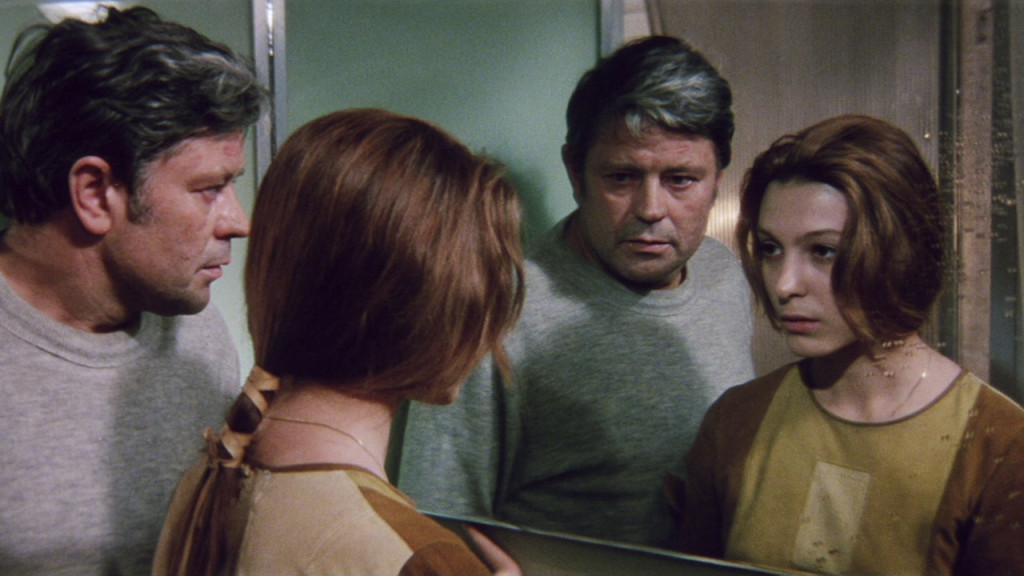 At two hours and forty-nine minutes the film is a struggle; this makes for a rather agonizing experience unless you’re in the mood for this particular flavor of ennui. Russian director Andrei Tarkovsky, though he died young, provided tremendous gifts to film. Here he delivers gorgeous, organic sets and scenery, and an unhurried (*ahem*) film experience. The cast seems a bit glum and uninspiring, and even the gorgeous lead Hari is wearing a particularly hideous ultrasuede dress whose grime distracted me. A little more beauty and a little less navelgazing would have made for a more moving experience.