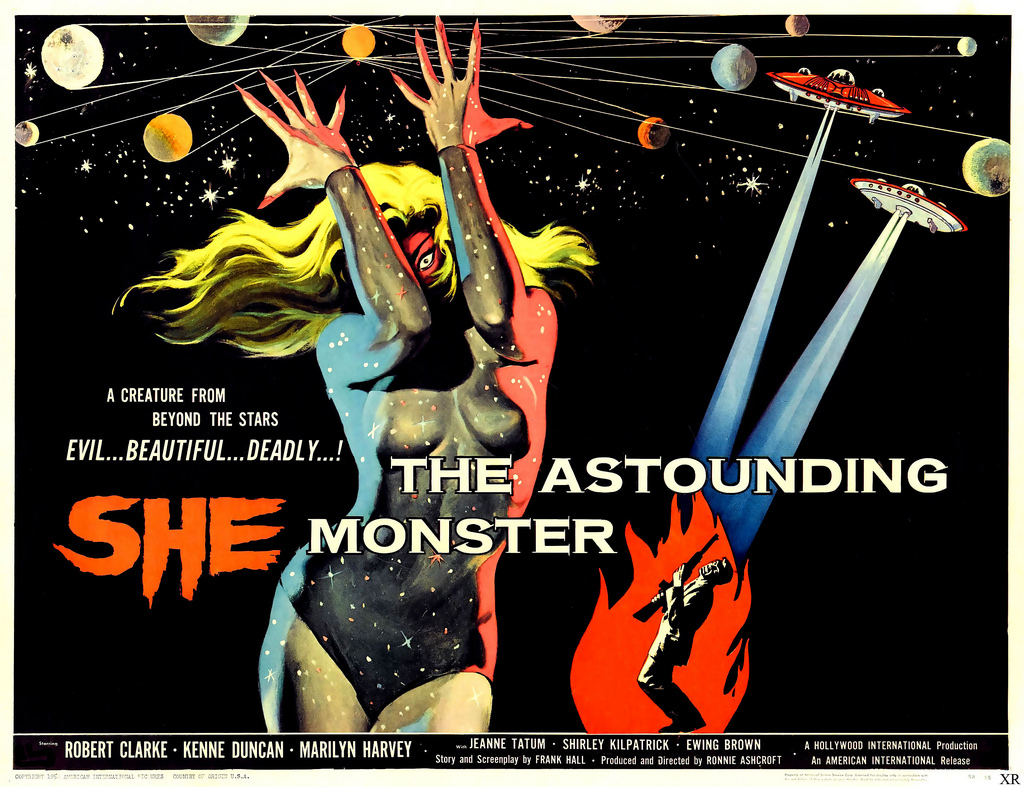 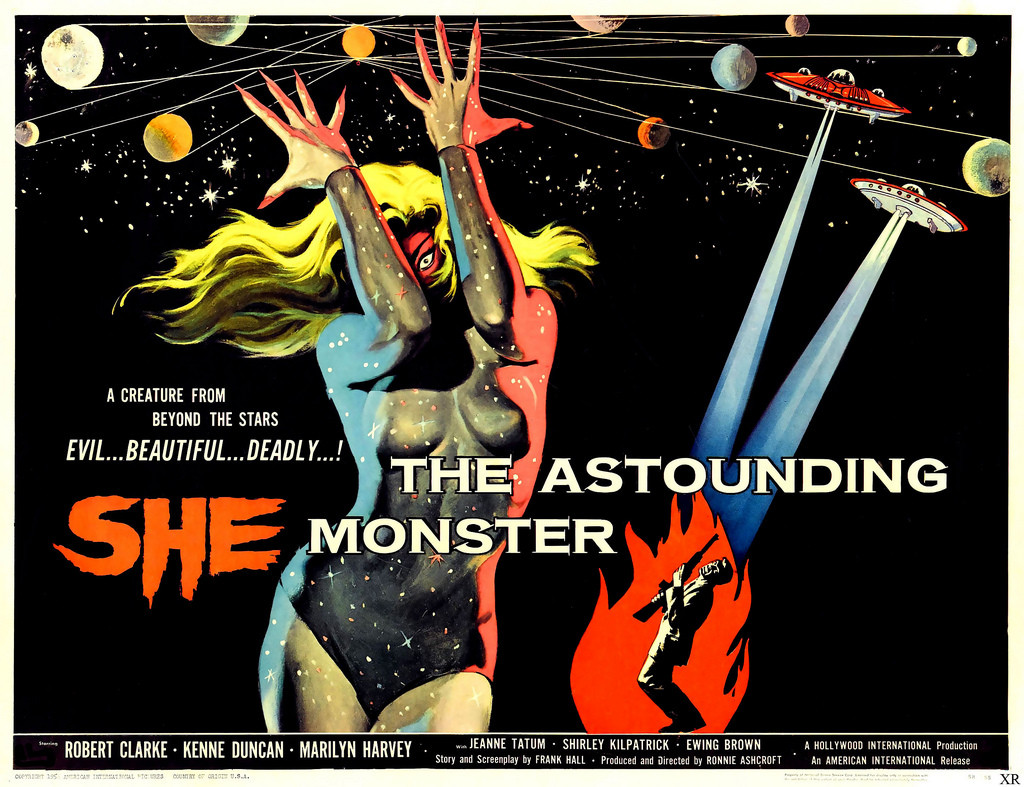 A lifetime of B-movie experience has led me to believe there is an inverse correlative between a film title’s exciting hyperbole, and the action therein. Sadly, in 1957’s The Astounding She-Monster, this ends up being the case. In this not-quite-astounding story, a trio of kidnappers grab an heiress then run for a cabin in the woods. There they happen upon a scientist who’s just figured out there’s something queer going on – a lady-alien who walks funny and who can kill with her touch. How will the group make their getaway with that sort of bedazzled terror mincing around outside?

The film uses a few devices to get our blood pumping – namely, a voluptuous lead actress filmed with an irritating “special effect” and glittery unitard, and an extremely invasive score. You can get an snootful of both in the trailer:

B-movie perennial Robert Clarke serves as the milquetoast, be-flanneled scientist – you know, the one that happens to know every bit of schoolbook knowledge on any subject. He blandly flirts with the kidnapped heiress (Marilyn Harvey) and tries (unsuccessfully) to outwit the trio of ruffians, helmed by Western regular Kenne Duncan and his moll Jeanne Tatum (the latter provides a few laughs as an acerbic drunk). But to be honest, far too much of the film consists of the cast heading into the woods in the dead of “night” (underexposed daytime shots, as was often the case for these old films), being vaguely menaced, then running back to the cabin again. And – repeat. 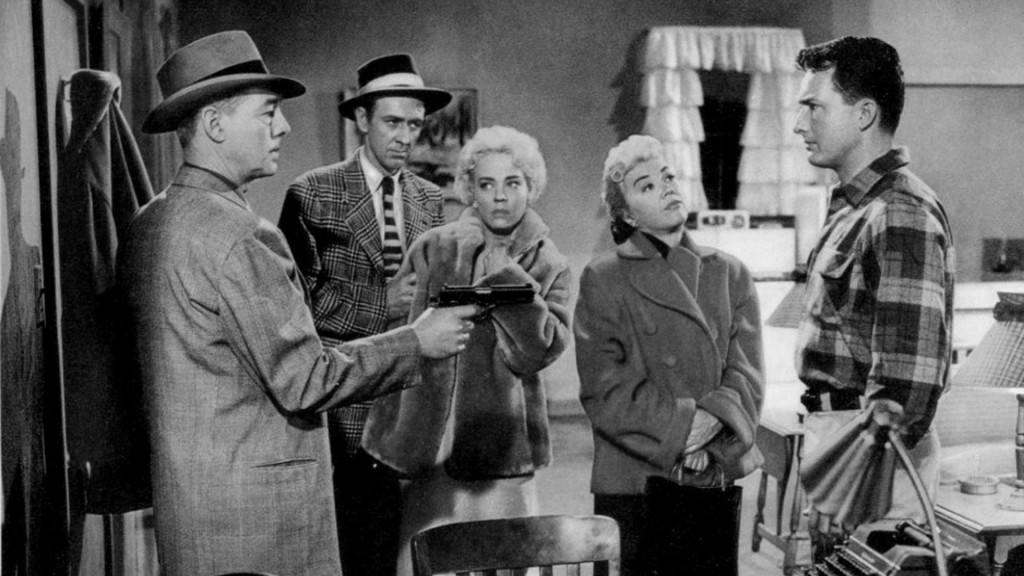 That said, the whole business is a bit of fun for B-moviephiles – one of those “cast of players at a remote cabin” bits of sillinesses that Larry Blamire so wonderfully made homage to in The Lost Skeleton of Cadavra. So if you got a titter out of The Creeping Terror or can sit through Ed Wood’s films – give the She-Monster a shot!