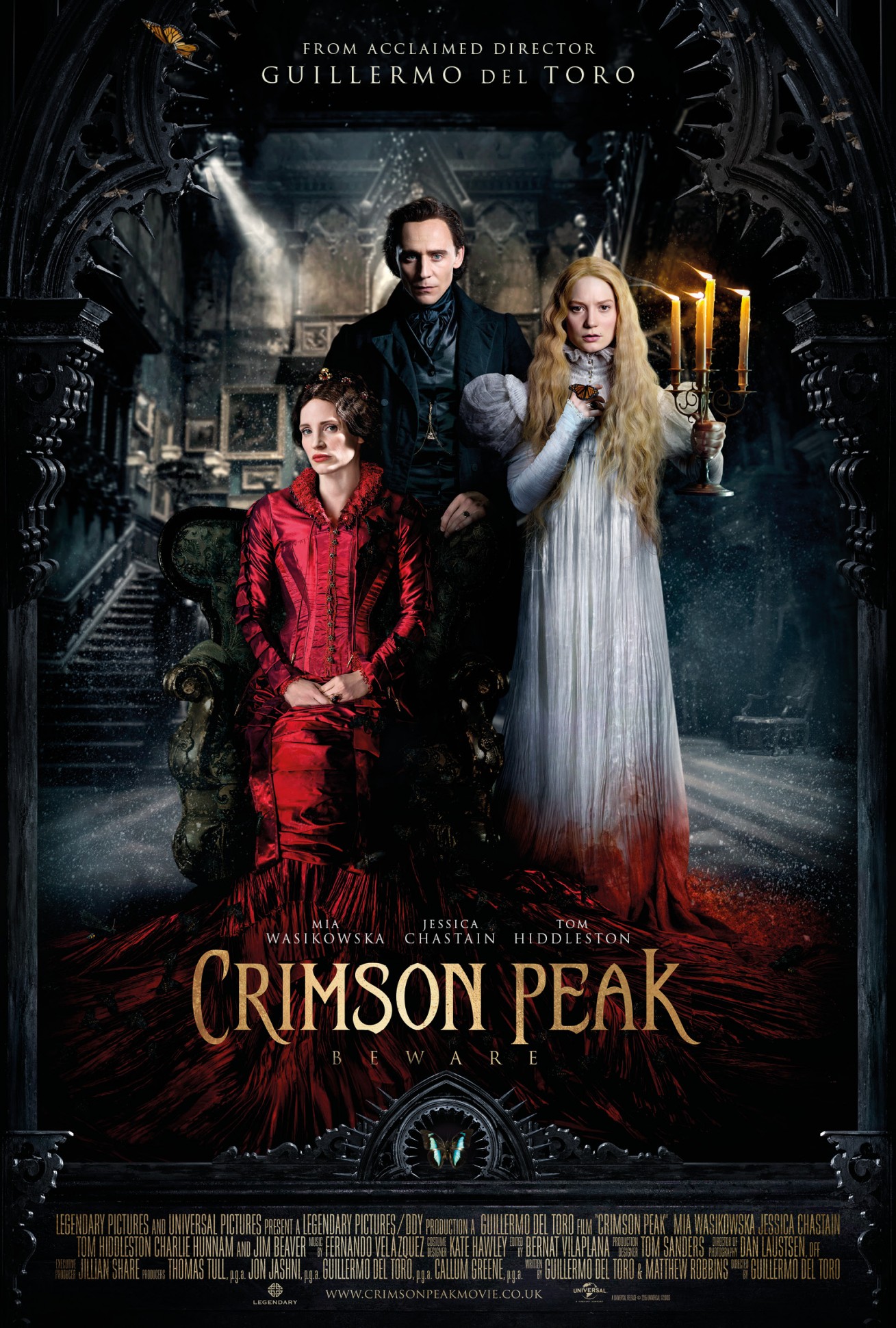 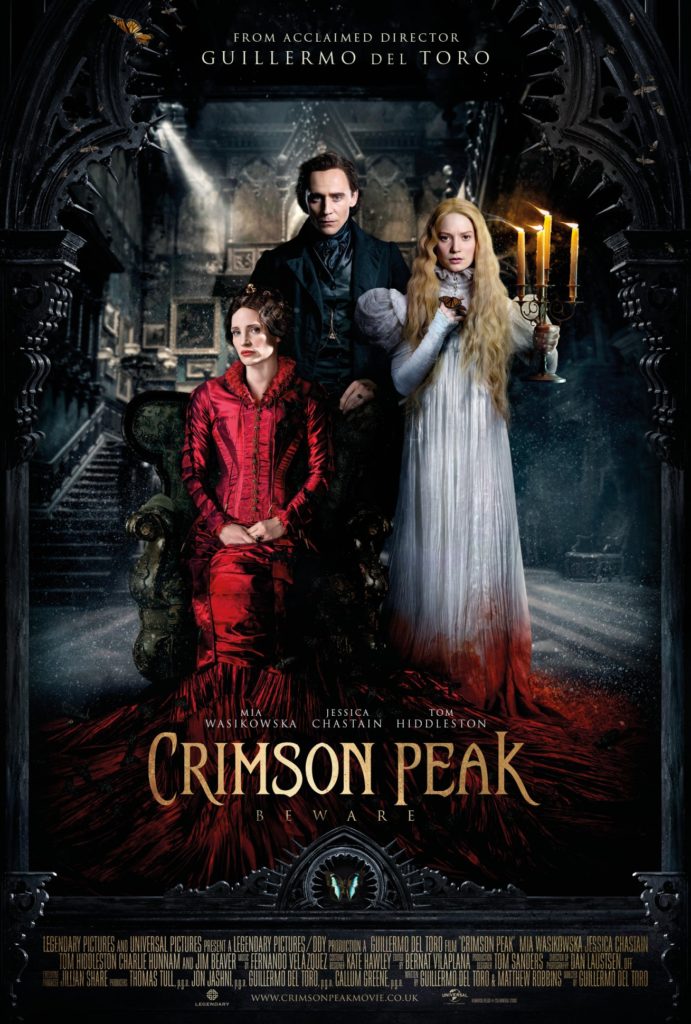 A gorgeous Gothic supernatural horror romance, Crimson Peak is best viewed by those who aren’t picky about a narrative – or by initiates to director Guillermo del Toro’s work. Otherwise, you’re sure to find the plot flabbergasting – and recognize themes the director has espoused time and time again.

It’s a shame, really. The movie is so beautiful it can be watched for set, costumes, and cinematography alone. The film relies on a fair bit of CGI for its spookitude – and a lot of Caro syrup for its gore. Those familiar with del Toro know we’re going to get some unpleasant and effective body horror (and we do), steampunky machinations – and of course he can’t make a film without murdering a child. At least this time, he doesn’t do the latter in an artsy-fartsy fashion because I could go the rest of my life without seeing more of that.

Acting talent is largely wasted – the dramatic events are a mushy amalgamation of gore, glitzy gothic drama, and “Pretty White Kids With Problems” – and not in that order. Tom Hiddleston, Charlie Hunnam, and Mia Wasikowska seem to have been selected for their People-magazine prettiness and that’s about it. It’s not that they can’t act well, it’s that they’re not given opportunity. An exception in all of this is Jessica Chastain who somehow brings a lot of life and vigor to her creepy-ass trope.

And tropes? The film is full of it. Virginal bride consumptively wandering around in a white dress? Check! Oh a cute puppy! Will someone murder it? Check! And – really are they going to do the British-repressed/ickle/incestuous/evil sister bit? Why yes they are! 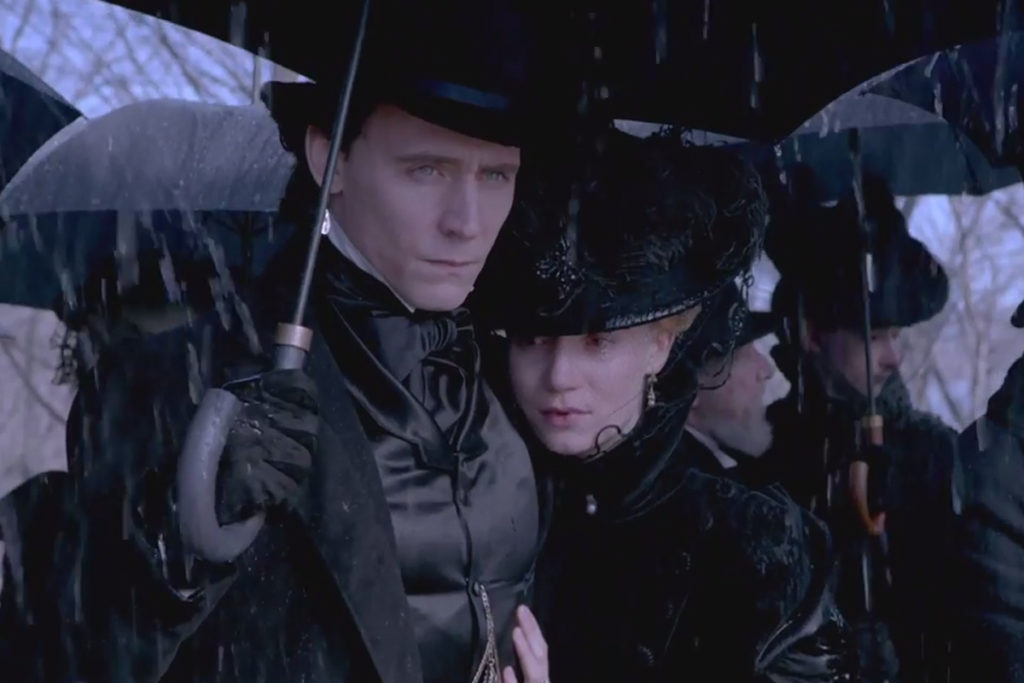 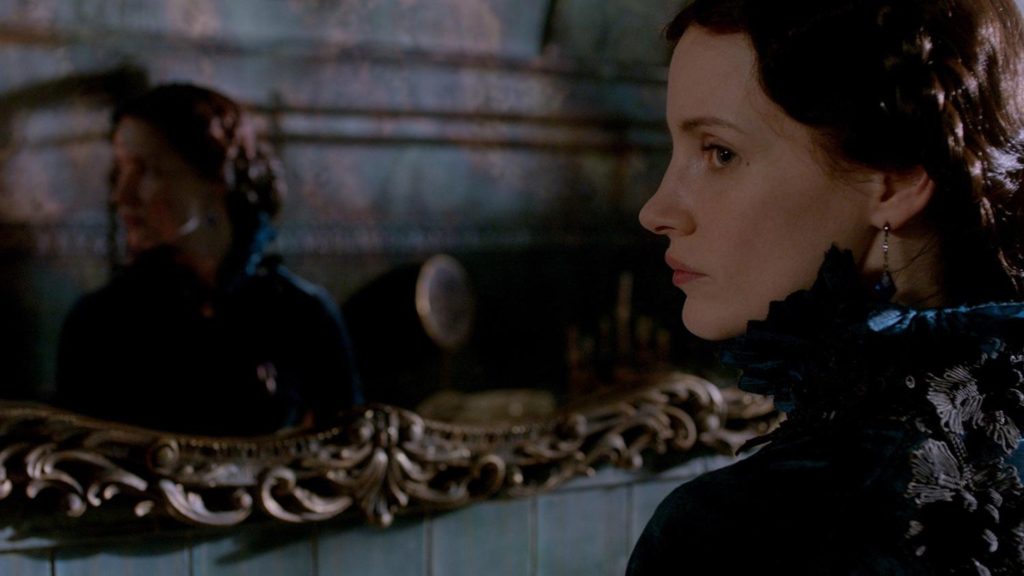 And to top it all off, the last man standing delivers a Commando-esque one-liner after the kill shot!

Don’t get me wrong – the film is not a waste of time. It is drop-dead gorgeous – just gorgeous. For that reason alone, it is more than worth watching. If you want a silly little bit of horror/drama, or if you love all things del Toro – give it a shot!