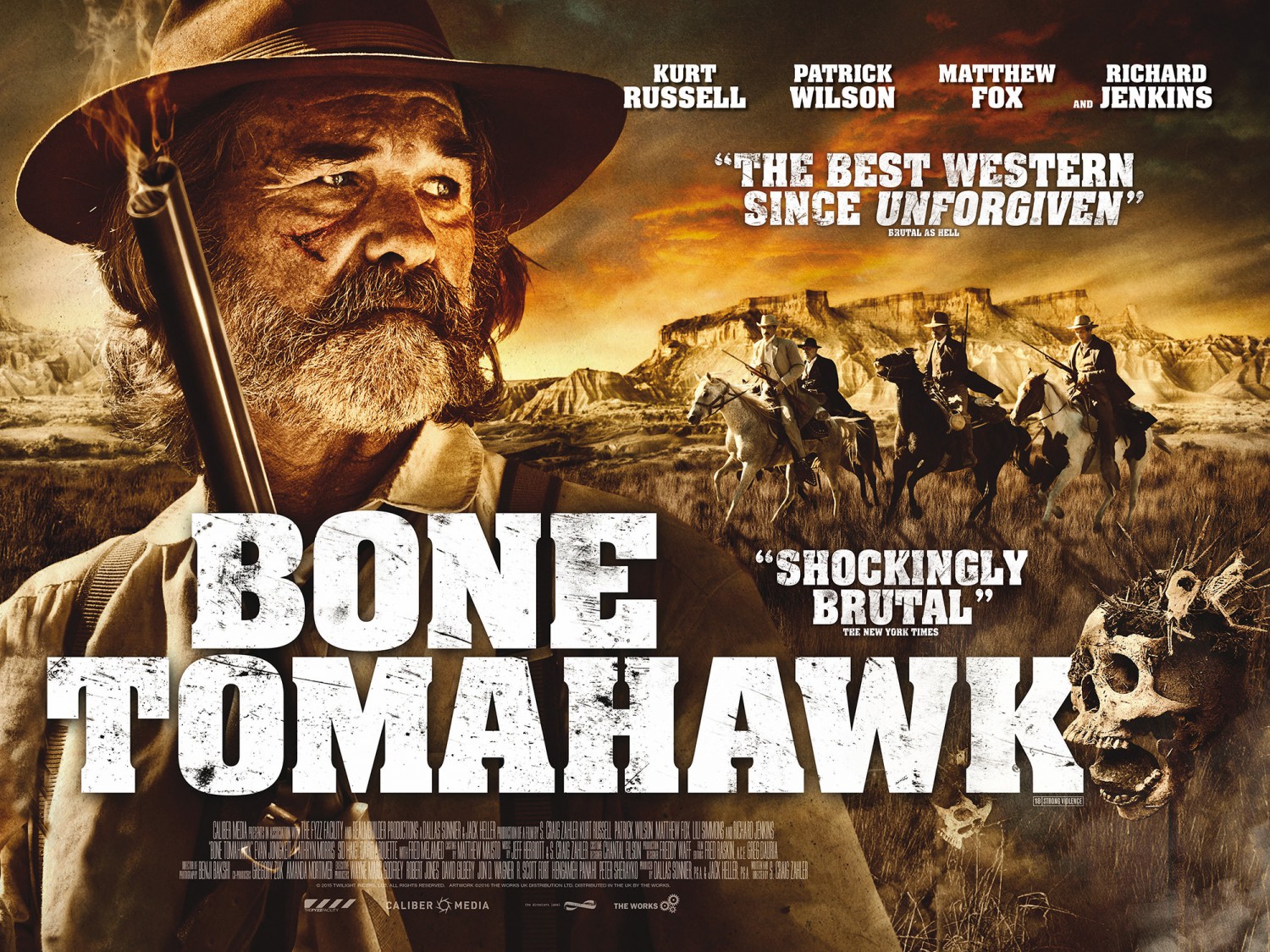 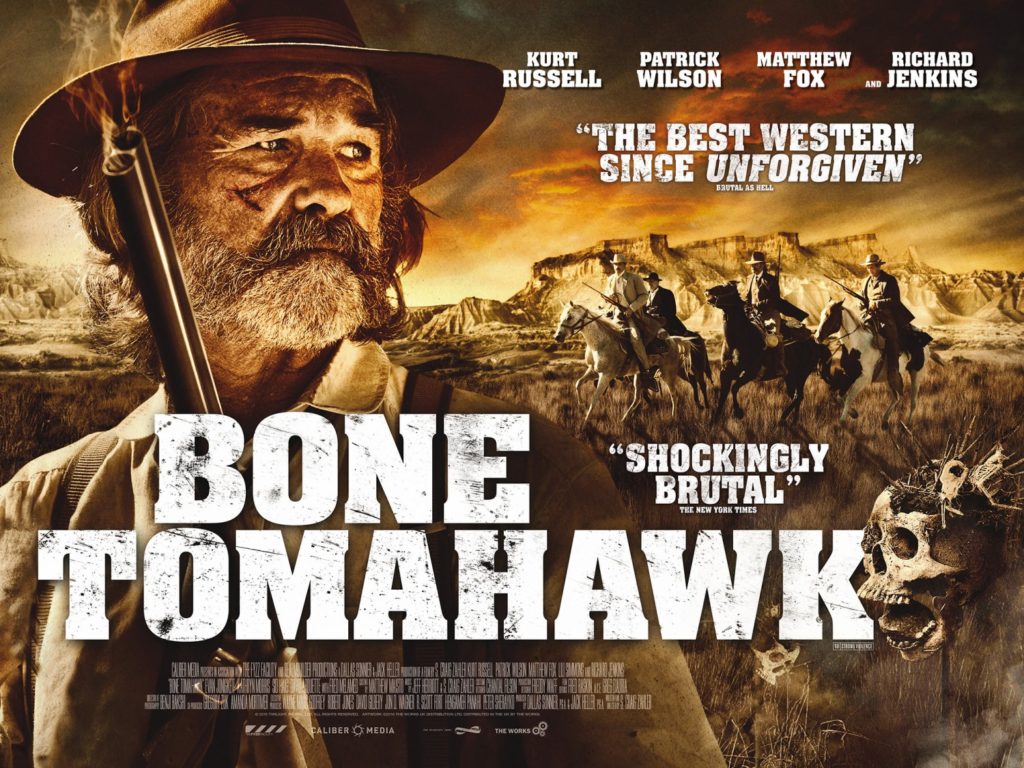 I suspect I watch “gritty” Westerns for different reasons than many others do. What can I say? I am just a dismal sonofabitch. I like bleak, plodding, bare-ass noir featuring a ragged heroism laid bare in a brief, tiny glory (my Netflix queue occasionally offers up a pop-up window asking, “Are you OK? You seem a little dark!”).

So given that dark neo-noir Westerns are my flavor, in that vein Tomahawk hits the mark – perfectly. It is my jam: almost agonizingly slow for at least an hour, to wallop us with a horror ending that is genuinely creepy AF. Throw in a little absolutely heartbreaking scenes and some great acting talent and hey – you’ve got my money!

If you liked the film, great. You might not want to read on.

Briefly, and without spoilers: Tomahawk is a contemporary upgrade to its most obvious spiritual antecedent, 1956’s The Searchers, a real game-changer Western that has influenced many if not most American Westerns since. Searchers and 1992’s The Unforgiven were great milestone in dark Westernry, and I love them both. Searchers is a great film, but we need to acknowledge racial and sexual overtones that were regressive and gross. Or so everyone says, now. So if that’s what we believe – have we evolved much since?

Because in my opinion Tomahawk isn’t much of an upgrade, besides some rated R content. The film echoes other “serious” recent Westerns with similar themes: Slow West (2015), The Homesman (2014), andThe Salvation (2014): gorgeous production values, wonderful acting talent, exciting scores, and good writing – but ultimately a White Dude Vanity Project. I think we have long past the tipping point of needing diversity in our writing and directing teams, and so far these updates are rare as hen’s teeth (see “Strange Empire”, a short-lived but fascinating Canadian venture I call “‘Deadwood’ – if women were permitted to write and direct, and women of color permitted to star”).

Acting talent is lovely: the cast is (mostly) a delight, especially Kurt Russell and Richard Jenkins as sheriff and deputy and best friends (I’ve always enjoyed the latter actor and I was glad to see him get such a great part). Patrick Wilson and Matthew Fox are less charismatic as two members of the main party, the latter an unrepentant Indian-killer portrayed if not in a heroic light, definitely in a “Welp, Agree to Disagree” one. That said, Russell and Jenkins alone are wonderful to watch, and their relationship is strong and sweet, bordering on saccharine at times. Writing is a strong suit here – even a brief appearance of the sole Native American speaking role (Zahn McClarnon) delivers a good punch. A clever cameo by Sid Haig and small role by the often-creepy David Arquette provide surprisingly delicious morsels in this cannibal fare. (OK. Tiny spoiler, there)

There are just a couple women in the film, and they are simply: adoring wives. That’s it. We also get a brief shot of some maimed rape victims in final scenes. Women are plot points to the men’s stories. <yawn> because I’ve seen it a thousand times but still – come on.

And yes, Indians. The treatment of Native Americans is even worse. When your film’s “monster” natives are very, very reminiscent of 1999’s The Thirteenth Warrior – you might think of a re-do.

Because when all is said and done this is just another flavor in hundreds of films that somehow justify, incredibly, the “civilized” man’s law and (gun-based) order, the “rescue” of helpless women, and the brutal slaughter of Indians (although the film is careful to say these are DIFFERENT Indians, not the REGULAR Indians we like to slaughter. These Indians really deserve it! Trust me! Look what they DO! SO MEAN!).

And as an interesting side note: the film is brutal and scary, yes, and I loved that about it. But the “shocking” brutality the fans speak of is, I suspect, more about a few key scenes and less about a specific quantity of gore. I think what makes audiences uncomfortable are a couple scenes we don’t typically see – one, notably, where a man is stripped nude (full frontal), and then tortured in a way involving his bare genitals, while another scene tortures a man including threatening his genitals with annihilation by shotgun.

Turns out male viewers don’t like sexualized violence levied against their person – gee, I wonder how that feels?

As I was careful to make clear, I enjoyed Bone Tomahawk. There’s a lot to like and I’d watch it again for Russell and Jenkins alone.

But I suspect I will enjoy, even more, the trickle of more diverse writing, producing, and directing teams in the genre. You know, the genre of, “Westerns so upsetting you have to watch them in the daytime”. Because hey – that, I can get behind!

Watch if: you like the same upsetting, violent grit I do. 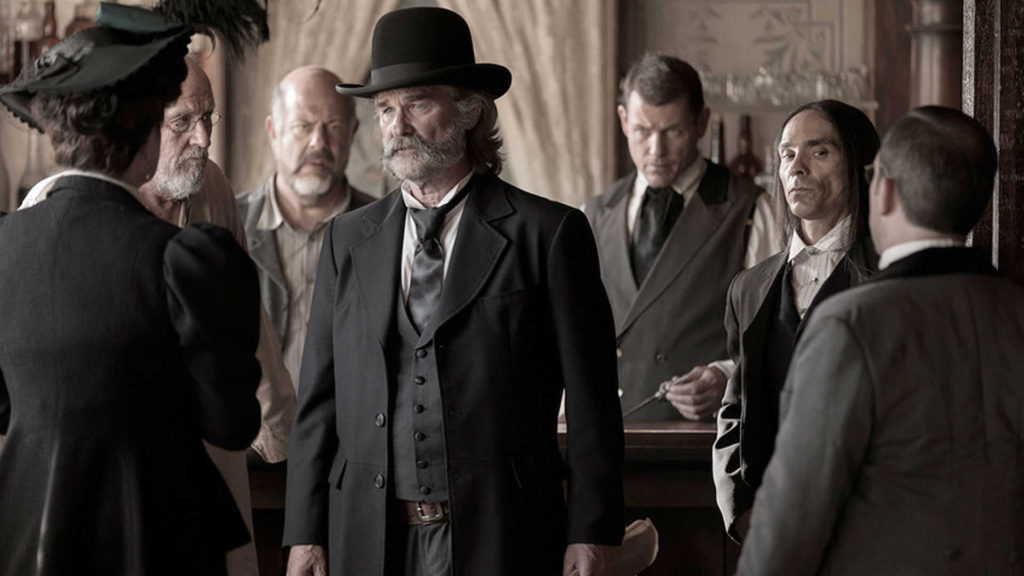 “Sean Young, you can have two lines. OK. Maybe three.”