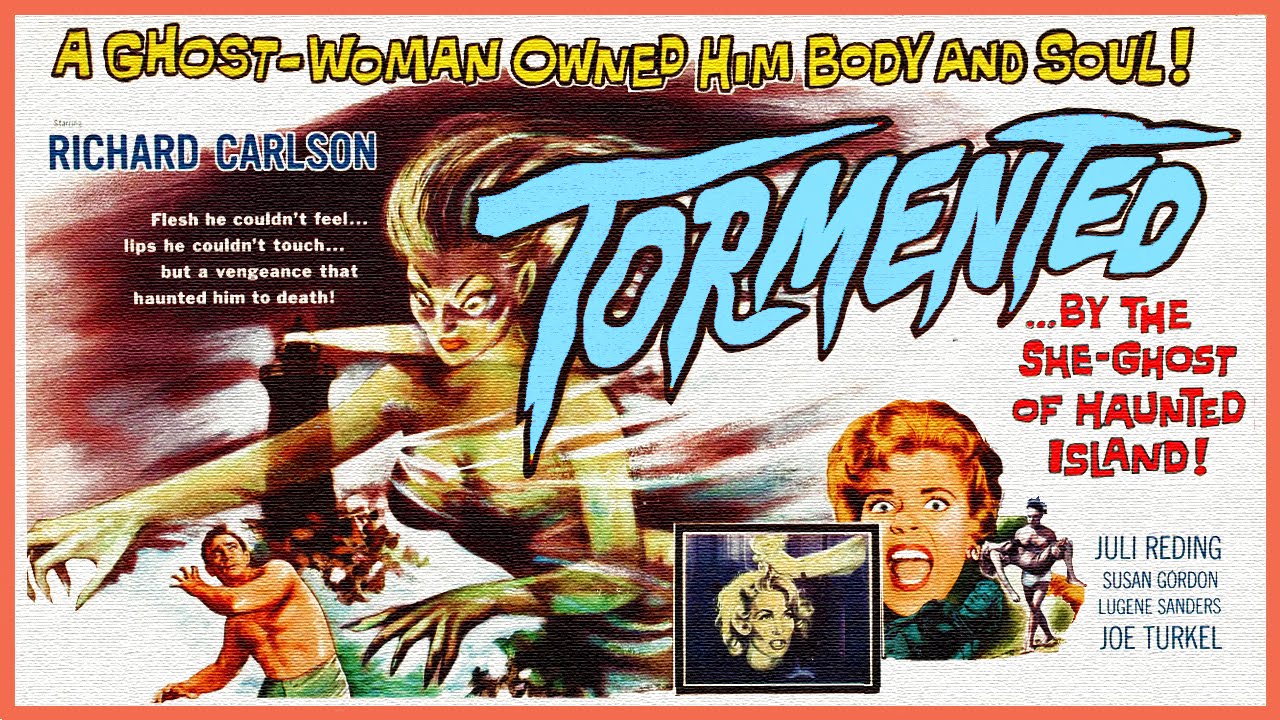 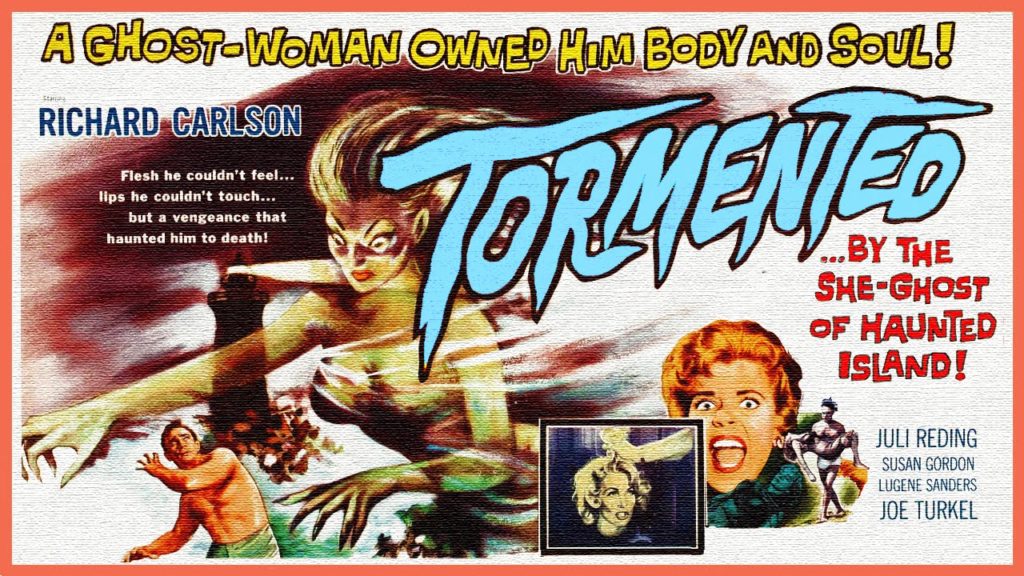 A surprisingly effective supernatural drama by prolific B-movie director Burt I. Gordon, Tormented starts off with a bang and keeps a nice little pace for its 75-minute runtime. In the first moments of the film, jazz musician Tom Stewart (Richard Carlson) meets in an abandoned lighthouse with his lover: blonde, busty jazz singer Vi (Juli Reding). In their terse exchange we learn that Vi has surprised Tom on the island he is vacationing on, but she is unwelcome. He gruffly tries to break the relationship off, in hopes of marrying the young heiress Meg (Lugene Sanders), and forgetting Vi altogether. Vi is stung and disgusted and angrily threatens to expose the affair. They struggle at the lighthouse railing and she slips, dangling over the rocks far below. Tom makes the decision to let her fall to her death rather than save her.

Next morning Tom immediately begins to have supernatural visions. We learn his marriage is pending in just a few days. As he works with his bride-to-be on the wedding details he struggles with increasingly invasive ghostly manifestations (are they real or the product of his guilt?) – not to mention a sinister fourth party (a beatnick ferryman) who shows up on the island and starts to sniff around the family.

My first exposure to Tormented was through season four of “Mystery Science Theater 3000”; it’s one of my eldest child’s favorite episodes. That said, I’ve seen the film a handful of times at this point and I must begrudgingly admit the story is a pretty good one. The special effects are nothing exciting and beg for a contemporary update; but the story is spooky enough. There are a few effective, nasty scenes involving the innocent people getting tangled up in the drama: neighbor Mrs. Ellis (Lillian Adams), and Meg’s little sister Sandy (played by Susan Gordon, the director’s daughter). It isn’t until the final few moments of the film we really know which directions things are going to go, and the ending is nicely creepy and well-done – if a bit grim.

The film also has a handful of fun goodies – the performance of then-10-years-old Susan Gordon (who was given bad lines but still gave a great performance) and character actor Joe Turkel; Turkel is recognizable to sci-fi and horror fans for small but charismatic roles in Stanley Kubrik’s The Shining (as the ghostly bartender) and Ridley Scott’s Bladerunner (as Eldon Tyrell).

A fun little domestic drama for those of us who enjoy ghost stories! 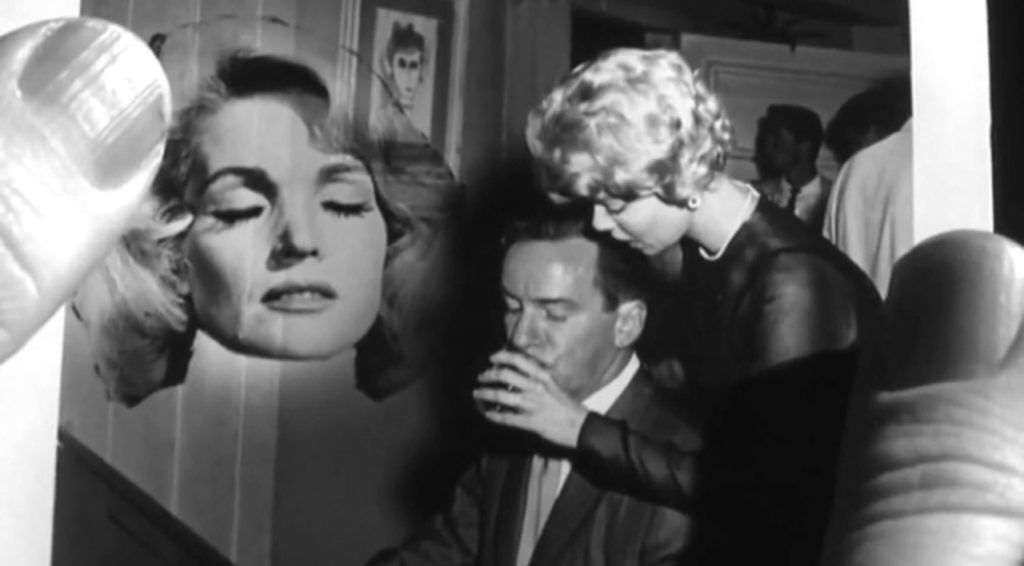