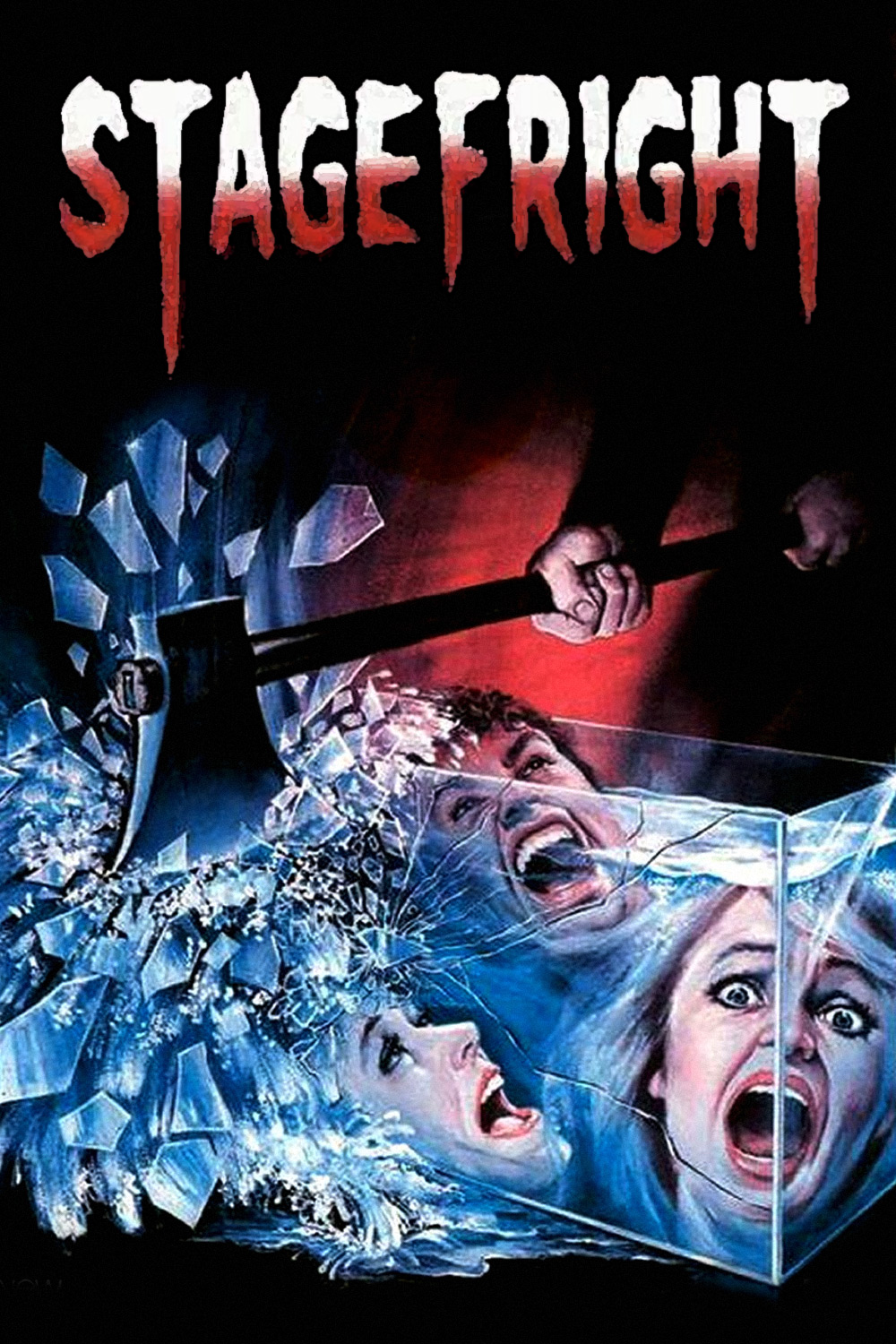 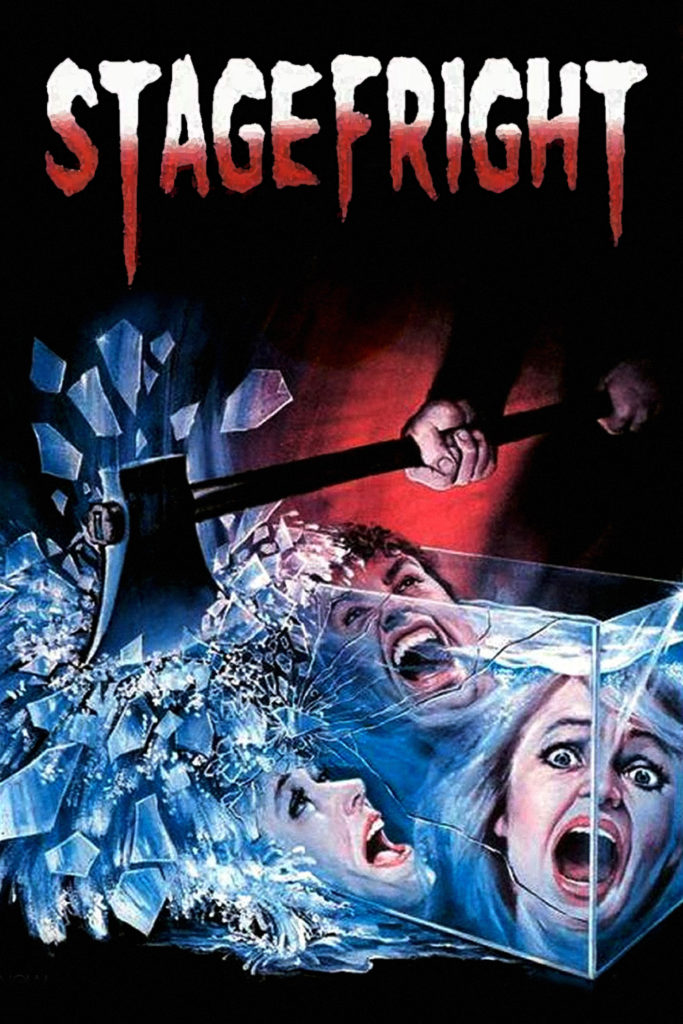 A rude, driven stage director (is there any other kind in horror films?) locks his production indoors to push them for a better performance. Mind, this is after one of the troupe was murdered five feet outside the doors of the playhouse, with the madman still on the loose.

An Italian-American slasher with giallo roots, Stagefright has a bit of a darling following in horror crowds. If you like these kinds of films, the movie is definitely a must-see as it is better than most of its ilk. There is a lot of artsy-fartsy silliness to the film (and an uneven, dated score) but there are still some genuinely scary moments – for instance, the first public murder in the playhouse and the blackout that immediately follows. David Brandon (known to bad move enthusiasts for his turn as Zor in the second Ator film) stars as the unlikeable director; Italian scream queen Barbara Cupisti as the virginal “final girl”. The film is directed by Dario Argento‘s protege Michele Soavi; direction and pacing are well done and the film only gets boring in the last third. The characters are good-looking and, even given boilerplate “bitchy drama players” caricatures, fairly relatable. The film capitalizes quite effectively on the creepiness of costumes, mascot heads, and creepy playhouse backspaces. 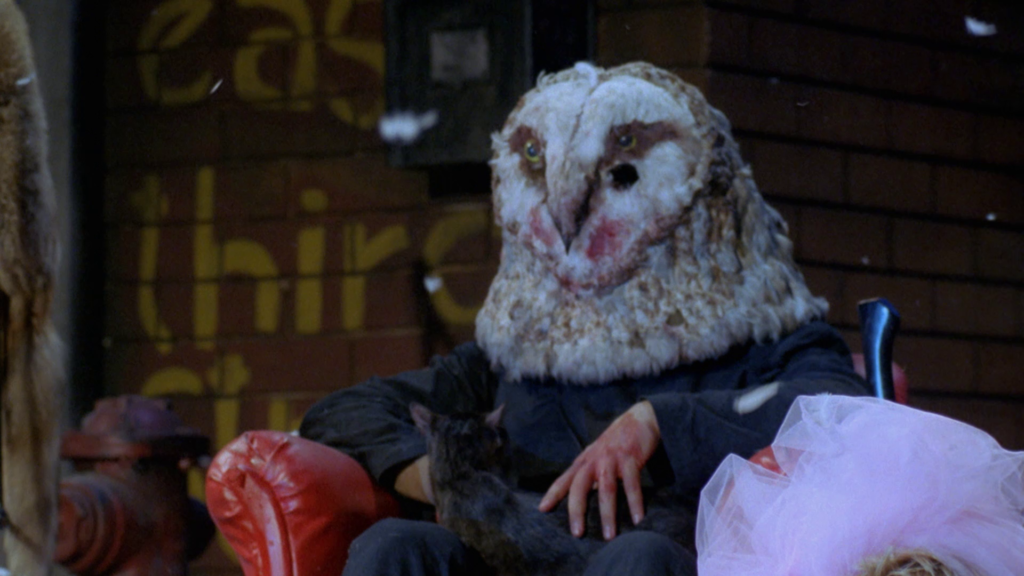 And of course, there’s a lot of silliness. As in so many films built on misogynistic murder, the women in the film are written as passive, hysterical, and unintelligent – or all three. As is often the case in these “trapped with a killer” murder-offs, the killer seems incredibly physically strong, clever, and somehow able to do a lot of things at once. In one scene, an unfortunate actor is literally ripped in half – seemingly, by the powers of the killer’s bare strength. (I think they meant this death to be by chainsaw, but if so, it was a silent chainsaw.) The end is embarrassing, and by that I mean the second and “final” ending – although the penultimate face-off between killer and last victim is also rather silly. But I suppose if would-be victims behaved intelligently in horror films, we wouldn’t get to see all the blood and guts.