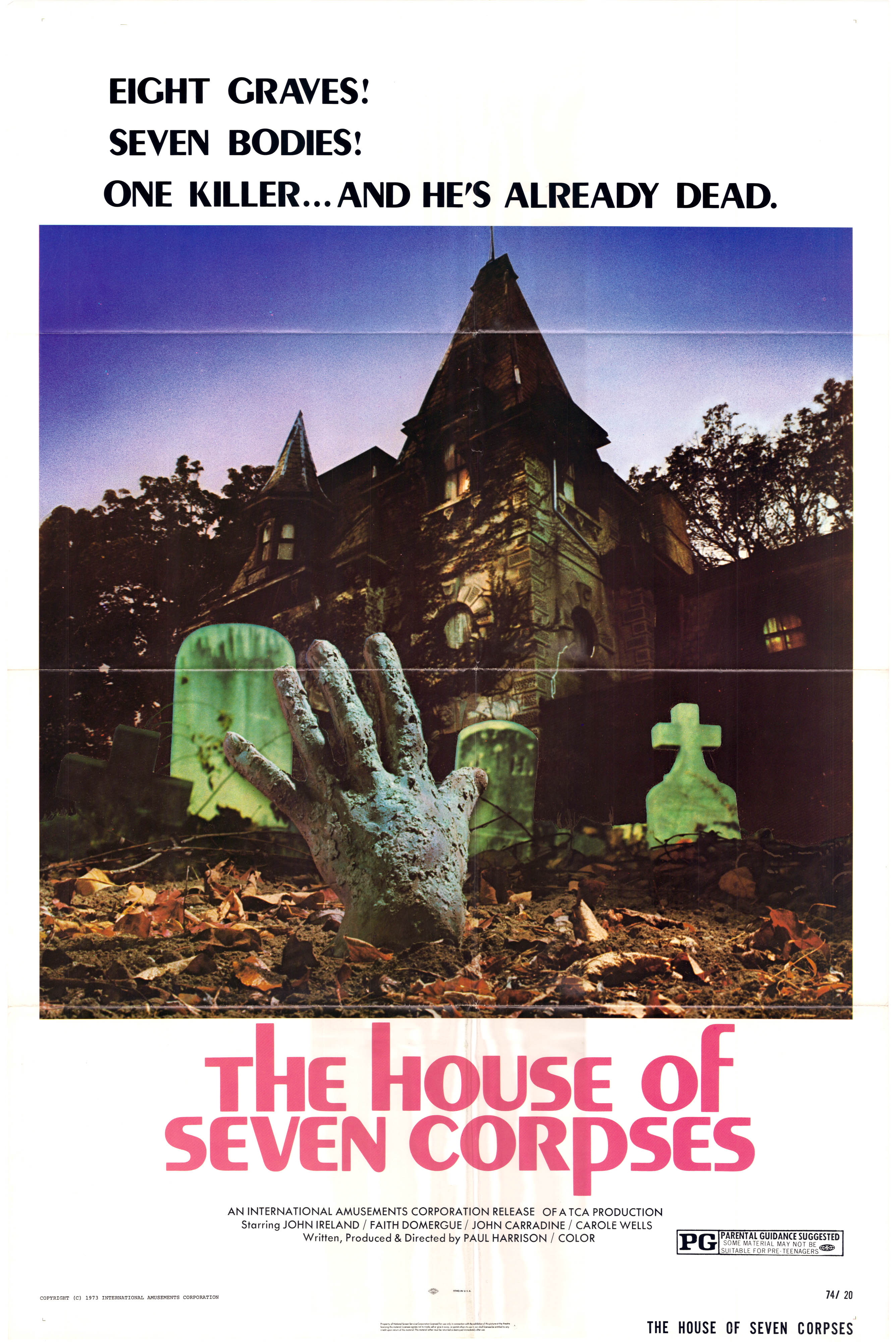 The House of Seven Corpses is a zombie drama that’s not that dramatic, co-written and directed by television writer and producer Paul Harrison. Ostensibly about a doomed movie production filming on haunted grounds, it is plainly obvious Harrison was much less interested in horror as he is the workings of film direction itself. The lines he gives his lead, curmudgeon chauvenist director Eric Hartman (John Ireland), show this. Harrison likes some lines so much he gives them to Hartman repeatedly (“That was good for me. Was it good for you?”); and a few are genuinely groan-inducing (“Dying’s easy! Living is hard”). Props to Ireland at least, for enthusiastically grouching about the task. 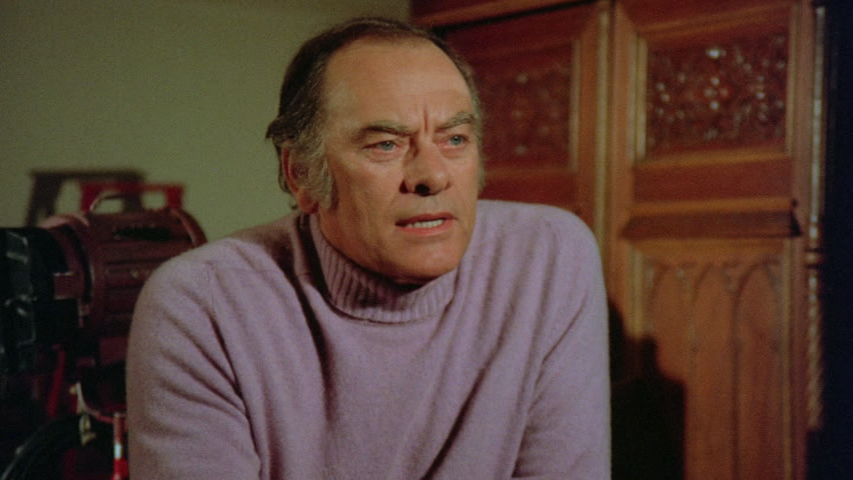 “I’m not having fun and you won’t be allowed to either!”

Under Hartman’s care are a crew of bitchy filmmakers, including B-movie perennial John Carradine as Price the superstitious caretaker, “washed-up primadonna” stereotype Gayle (played by Faith Domergue, a successful film actress beloved in genre fandoms for her roles in It Came from Beneath the Sea,This Island Earth and Cult of the Cobra – all from 1955), and youngsters Anne (pianist and television actress Carole Wells) and David (television actor Jerry Strickler). There’s a handful of other characters and – spoiler alert! – no one makes it out alive as eventually an unconvincing zombie starts menacing and apparently murdering them.

The film has many detriments: the first, that the personalities within are to a soul uninteresting and unpleasant. Second: the supernatural “action” doesn’t start until an hour into the film. Third: the main premise, that the Tibetan “Book of the Dead” is a creepy corpse-raising text (it’s actually a proto-Buddhist volume), is lazy – and confusingly realized in the denouement. The film resorts to boilerplate horror fodder – animal cruelty and a few attempts at sexual titillation – none of which are particularly gripping. The makeup/effects are such you can’t quite tell when something “movie within a movie” is supposed to be happening versus something genuinely sinister, and thus it’s perplexing how the characters within the movie would have been able to tell the difference either. The last third of the film features people one at a time being slowly attacked by a shuffling zombie, screaming loudly, and succumbing passively to death. Then, another character carefully, quietly, and sloowwwwly creeps around in the dark house to see what the screaming was about. Rinse, and repeat.

A fun film to put on while you’re knitting or cooking; not much else to recommend it.