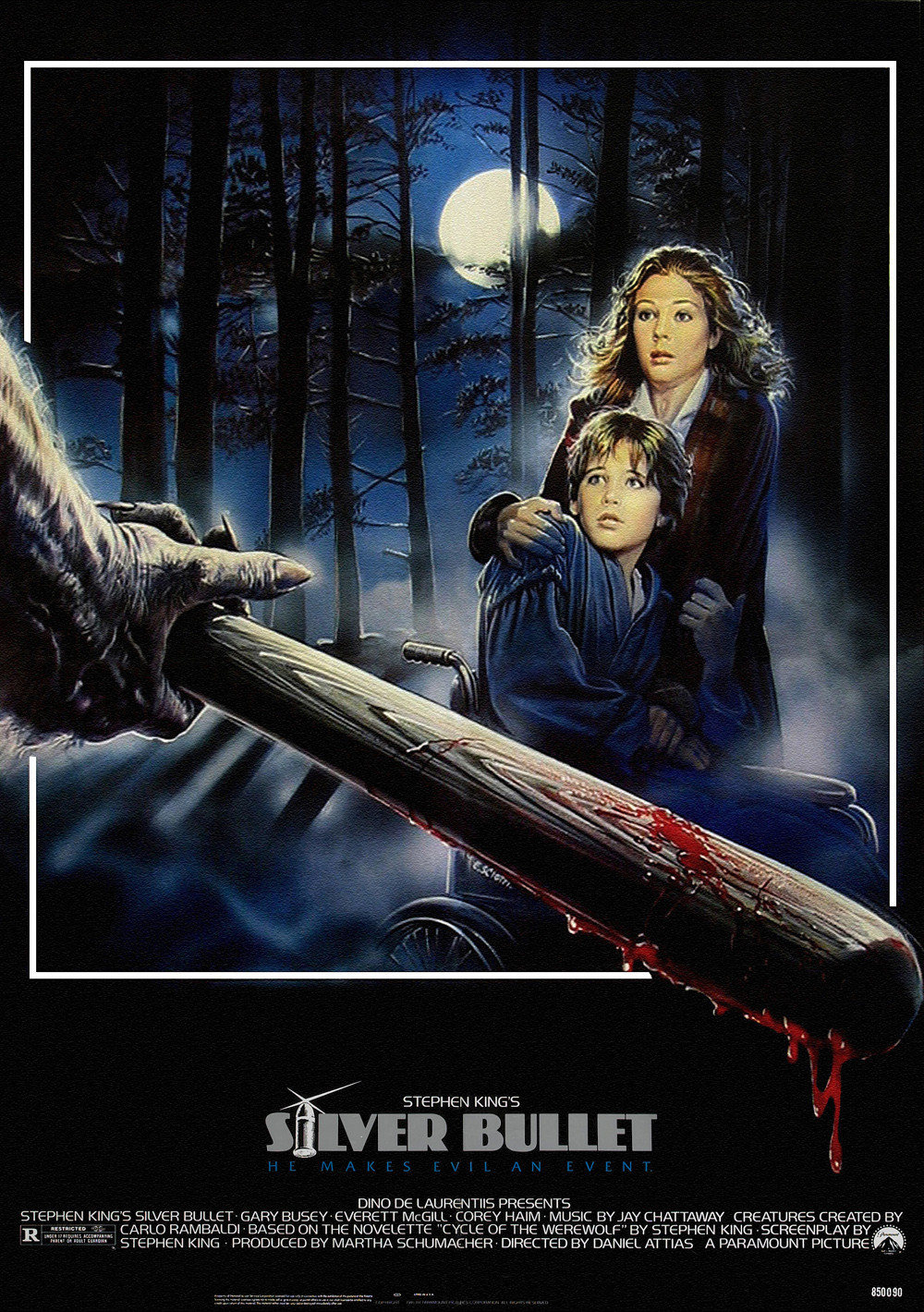 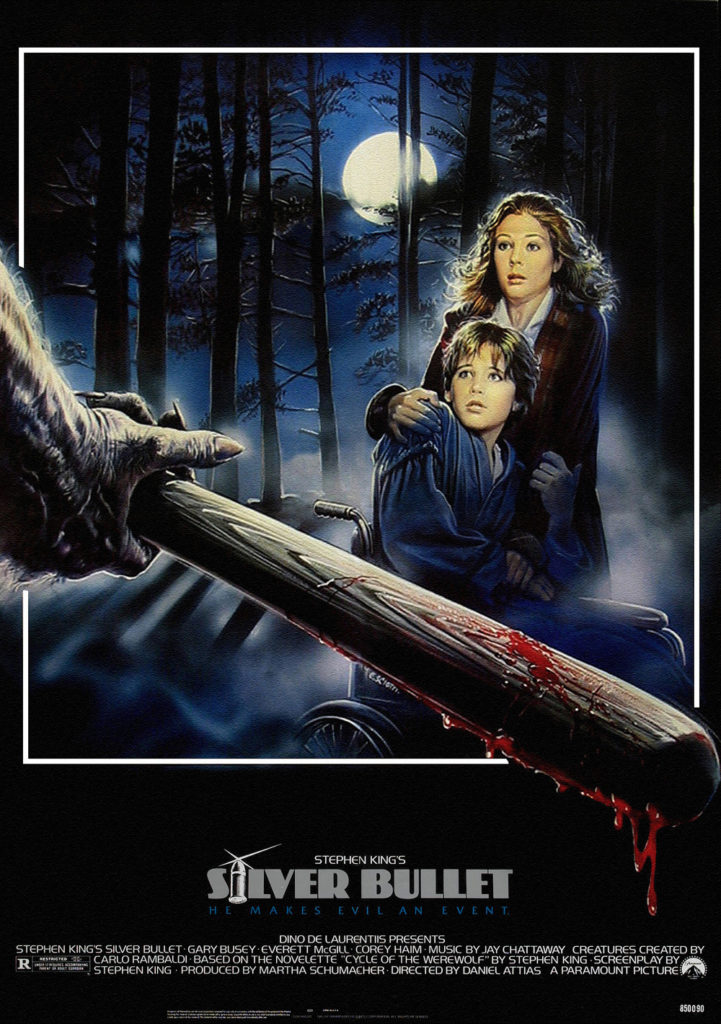 An oddly effective and underrated werewolf film, it is strange to me that Silver Bullet doesn’t get more notice during Halloween season as we look for cheesy horror to cram in our eyeholes. The film’s highlights: well first, a freakin’ bat-wielding WEREWOLF! – but also: a gasoline powered wheelchair operated at unsafe speeds by a child (sans helmet), surprisingly good S/FX and gore (check out that poster art!) – and an oddly touching performance by Gary Busey (!).

Based on a novel by Stephen King, Silver Bullet‘s plot centers around a series of gruesome murders in the bucolic Maine town of Tarker’s Mills, and a brother and sister’s attempts to apprehend the murderer – a lycanthrope. The bickering sibling set, Marty (Corey Haim) and Jane (Megan Follows of “Anne of Green Gables” fame), are parented in typical neglectful 80s parent style, although the children enjoy a fond relationship with their mother’s brother, Uncle Red (Busey). Red dotes on Marty and Jane, having built Marty the eponymous gasoline-powered wheelchair he rides around town. The murders and manhunt (er… wolfhunt) inadvertently bring the siblings closer together, as they try to battle a creature no one else seems to believe in.

The film has almost a made-for-TV feel except there are some seriously horrific violent attacks and gore. The townspeople interactions are rather lovingly rendered, reminding me of a television miniseries. Oddly, although a series of murders would be disturbing enough in even a much larger town, it isn’t until the third gory death that Tarker’s Mills’ residents get serious about their problem. In true Stephen King style, soon we have a babbling, ugly-minded and drunk mob, led by the father of the third victim (Kent Broadhurst) who shouts “private justice!” and “TORN TO PIECES!” over and over. The mob is bloodthirsty for a human being hiding out in the town, but the children have wised to the supernatural explanation. They work to convince Uncle Red to help them find the identity of the werewolf, and to slay it. Gore and disturbing violence – and a few great stunts! – ensue (that is definitely Haim operating the wheelchair at breakneck speed!). The reveal of the werewolf’s identity is an odd anticlimax – but the transformation effects are pretty great, really. Fullblown werewolf film creations usually look either puppet-y or mascot-y and this particular fellow leans to the latter. There’s a third act hunters-lost-in-the-fog murder rampage that is both silly and horrific.

Performances are solid, especially Busey and Haim. This project was one of the first in Haim’s Hollywood 80s career – he had achieved notice in the Canadian television series “The Edison Twins” and starred in 1984’s thriller Firstborn – and his charisma and teen-acting chops are evident in the film. Character actors Everett McGill and Terry O’Quinn feature as the creepy-looking pastor and enigmatic sheriff, respectively. Tough guy Lawrence Tierney occupies a small and satisfying role; Bill Smitrovich helps flesh out the town mob. 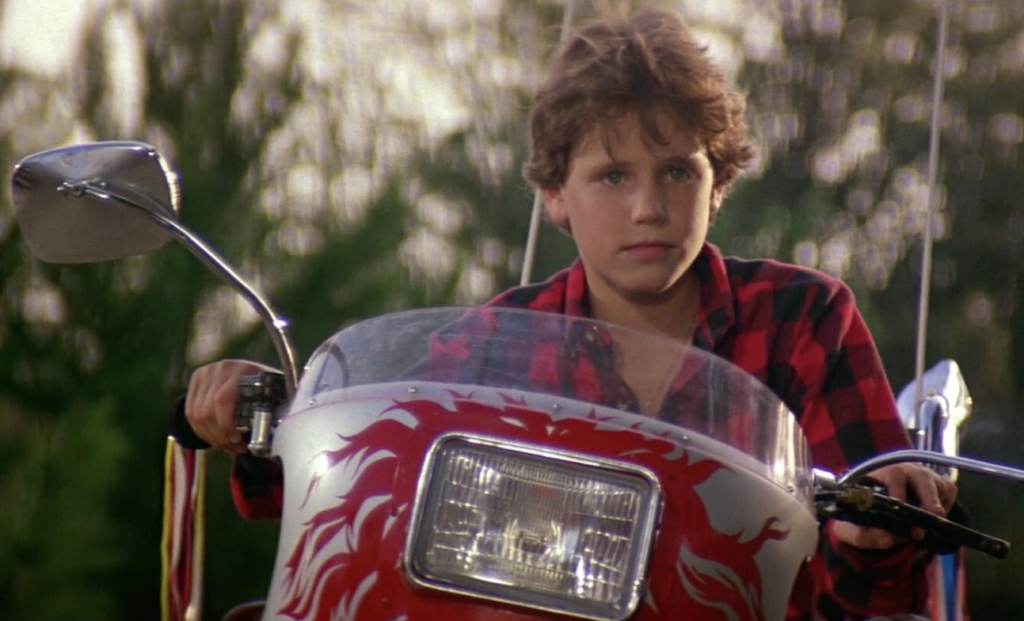 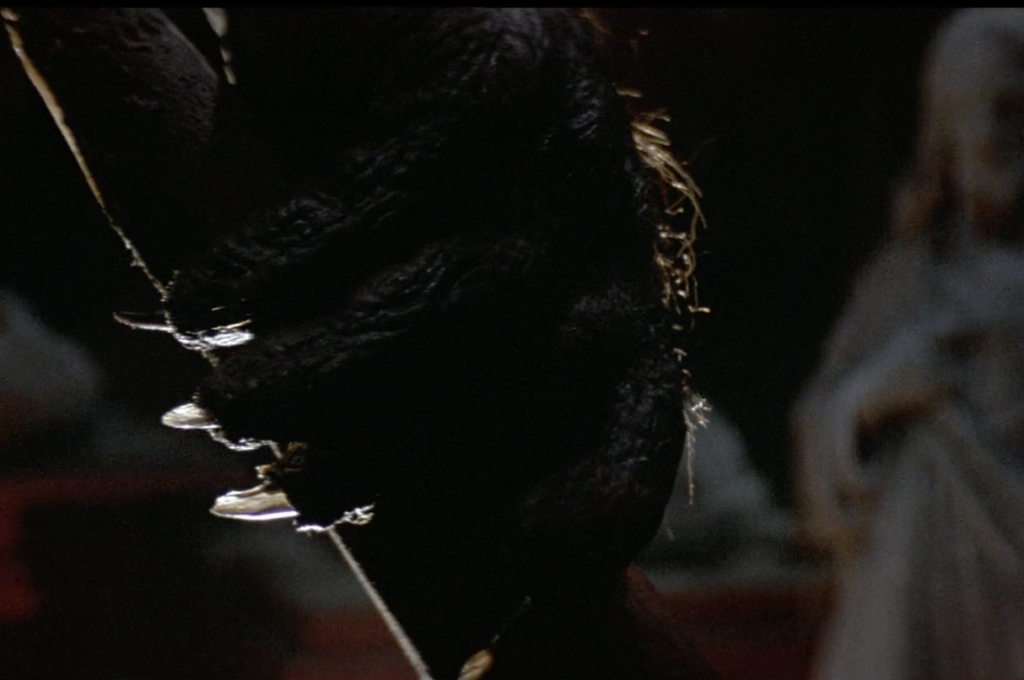