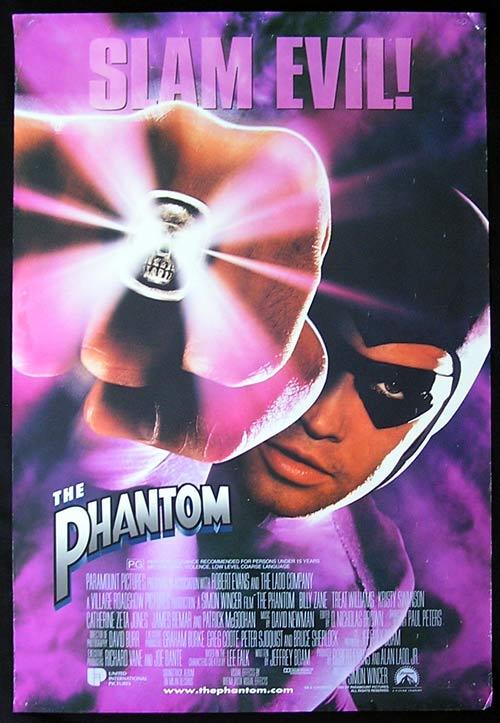 Billy Zane is going to punch you.

I figured the best way to introduce myself would be two hallmarks of my personality: a weird obsession with Billy Zane, and disillusionment.

Ha! Silly, disillusionment isn’t a personality trait. Anyway, since the premier of the most excellent Black Panther this year, let’s talk about when superhero movies don’t go quite as well and why technology marching on is a good thing.

Recently, it was revealed that Sony passed on a deal to buy out some serious Marvel properties which would have included Iron Man, Thor, Ant-Man, and Black Panther. Sony passed but kept Spider-Man and the rest was history and a very mangled present-day situation. So you mean we could have had Black Panther, Blade, and Spawn in the same time span? And we were denied? How dare you! But then I think about the atmosphere that movie would have come out in. The actors of the time. The way comic movies were treated.

I shudder and I caution you all to be glad. That being said, you’ll take Billy Zane prancing around in a too-tight purple bodysuit from my dead, cold hands.

I won’t tell you that The Phantom comic strips set a lot of firsts for superhero comics in the ’30s or how popular the strips were, nor will I say anything about that cheesy reboot. What I will tell you is that The Phantom is still hands down one of my favorite superhero movies. I loved it so much I had an official VHS and one I bootlegged myself by recording it off television because I thought I lost my VHS and I was sad.

We begin the movie with The Phantom’s traumatic origins. In the 1500s, a young boy finds himself on the shores of Waka—I mean Bengalla, another fictional African nation, after watching his father die at the hands of the Sengh Brotherhood. (Originally known as The Singh Brotherhood but…now they’re Sengh.) The native Bengallans bandage the young boy up and present him with the sacred skull ring. From them on the young’un swears to devote his life to fighting for truth, justice, and the Bengallan way and he goes on to become adopt the moniker of The Phantom.

Cut to present times (aka 1938) and we have young hunk Kit Walker, the latest descendant of the original Phantom. Kit lives a thoroughly modernized life but he’s not too encumbered by leisurely activities or wealth unlike some caped crusaders to do a little action and adventuring. In fact, Kit is in hot pursuit of a mercenary group who are also searching for the Skulls of Touganda, a set of highly destructive and mysterious MacGuffin artifacts that could quite possibly screw up the world, nay the entire universe. Who leaves something like that hanging around? But when Kit discovers that the band of mercenaries are directly linked to his father’s murder (Phantoms don’t live too long), things get real personal real fast!

This is probably the best example of why being first isn’t always the best. The Phantom is extremely dated even by mid-90s standards but deep down inside there’s still a cool movie in there. The plot is a little too much and bounces too often between locales, plot devices, romance and adventure, and the supernatural element of the skulls, and it all will leave you scratching your head and wondering… why? Where are we going and why isn’t it somewhere else?

Speaking of plot devices, it borrows a little too liberally from other popular properties of the time, such as Indiana Jones for the retro adventure reel feel (which is ironic considering The Phantom is a more authentic product of that time period) and Star Wars for Patrick McGoohan as Billy Zane’s ghost dad. And being a superhero flick, naturally any resemblances to other masked men in tights living or dead is purely… coincidental. The pieces kind of make since as this was originally intended to be first a Joe Dante vehicle and then Joel Schumacher, and I can think of no better directors to do camp than those two. Alas, the movie fell into the Simon Wincer who, while more than capable and enthusiastic (Harley Davidson and the Marlboro Man is still required viewing, right?), couldn’t quite get this apparition as epic as he no doubt wanted it to be.

But, where is the cool movie in all that? Shove it to the side. I enjoy this movie for what it is, not what it attempts to be. I enjoy watching Billy Zane struggle through a script that he desperately wants to be better. His enthusiasm and toothy grin are infectious! Kristy Swanson (aka Buffy, the Vampire Slayer) is as plucky as ever as Billy’s mostly-on-again love interest Diana Palmer. In fact, my favorite thing about their relationship is that even after exposing his secrets to her, hapless Kit STILL doesn’t get the girl. What the heck! Catherine Zeta-Jones is a gem as the femme fatale Sala and the Veronica to Swanson’s Betty. Cary-Hiroyuki Tagawa is fresh from Mortal Kombat here and still channeling Shang Tsung as The Great Kabai.

But you know, despite my precocious and bewildering affection for one of Hollywood’s working men, in the end he isn’t even the main attraction to this film. It’s not Sala’s constant betrayals, not the precarious rope bridges, not the awesome skull rings, it’s…

Treat Williams as mustache-twirling, mook-killing, lightning-cackling, rather unhinged villain Xander Drax. Holy smokes. Just look at his name. Straight out of the school of David Xanatos villainy. Drax tries to run the show here and stays winning, playing ally and foe like fiddles left and right pretty much up until the end where his fatal flaw is just being in the wrong movie. I mean yeah, it’s really his ego that trips him up, but who actually falls to their own hubris? No, Drax is just suffering the effects of being in a ’90s action flick where the villain has to lose because there may not be money left over for a sequel.

The Phantom is no Shadow and he may not know what lurks in the hearts of anyone (ask Diana), but it’s still a kitschy little flick worth everyone’s time. Really! I’m not asking you to love Billy Zane enough to watch it solely for him and no one should, but if you’re like me and get the occasional craving for a vintage superhero movie to remind yourself why you get hyped for Marvel every summer, this is it. No going backwards, only forwards!