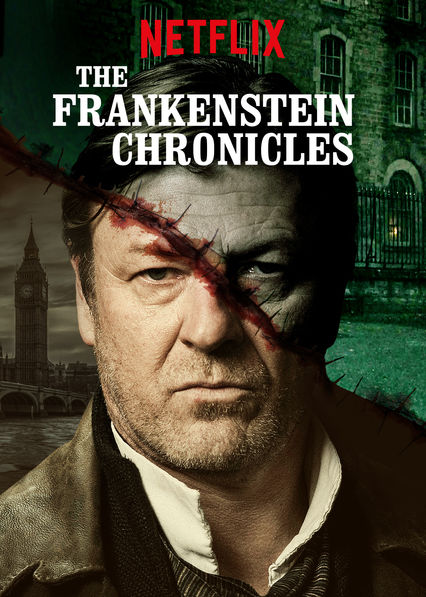 I adore a dark, brooding supernatural television show, and perhaps even more than that I crave one where you just can’t tell if we’re in the realm of science-fiction or the paranormal (hello “Fortitude”!). The above image represents 100% of what I knew about “The Frankenstien Chronicles” before I binge-watched the entire series with my oldest child. After twelve episodes and with more installments filming, I can recommend the program as an absolutely wonderful dark, historical science fiction.

There are problems, of course. The women in the show are few and far between, neglected, and treated horribly. The writing is a bit silly at times. You don’t want to get too attached to anyone because the show will out-and-out murder them with or without warning. But otherwise there is a lot here to recommend it, not least a delightful blend of historical realism, competent performances, and creepy creepiness. And Sean Bean. He’s the Beaniest in this!

The first series’ six episode run introduces us to Jon Marlott (Bean): a lumpy, morose policemen doing his best in a hostile London as a policeman with the Bow Street Runners. He is plagued by flashback with the mysterious demise of his family – a young wife (Deirdre Mullins) and infant. On the muddy banks of the Thames he discovers the waterlogged body of a child: rather not one child but several children’s corpses stitched into one entity. More eerily still, the amalgamation seems to have housed life at one time. Marlott’s math as to the death rate of London children, along with the freshness of the corpse, leads him to believe the children were murdered rather than the victims of an opportunistic corpse defiler. Meanwhile, another child goes missing and Marlott’s syphilis (revealed as the factor responsible for the deaths of his wife and child) steadily worsens.

The police are besieged with various murders, violence and thievings, but there is a political dimension to the case (a bit of historical accuracy regarding the Anatomy Act). The force grants Marlott a partner in the person of Constable Nightingale (Richie Campbell) and the two make their way through kidnapper-pimps (Robbie Gee), various thugs, and grave robbers (Charlie Creed-Miles). Predictably, Marlott and Nightingale begin to suspect that some kind of surgeon/malevolent scientist is at work. The show serves us up no fewer than three creepy physicians (Ed Stoppard, Samuel West, and Mark Bazeley), and also casts aspersions on snotty Home Secretary Peel (Tom Ward) as well as a few others. Well – good. I like a lot of suspects. It keeps it spicy!

So besides the obvious connection for modern viewers, does the 1818 novel Frankenstein; Or, the Modern Prometheus actually play a role in this tale? Why yes, it does. In the setting, the novel is a few years old and has attained pop-culture standing and scientific scorn; Marlott eventually seeks out Mary Shelley (Anna Maxwell Martin) to ask after her insights. In a clever bit of fiction the possible supernatural element is transformed into a scientific explanation, and a relatively satisfying one at that. The series does this now and then, and rather unconvincingly at times when it comes to robotics, electricity, and antibiotics. Still – it’s a lot of fun. I mean, when someone isn’t literally getting their heart ripped out of their chest or a child isn’t being murdered, it’s a lot of fun. As Marlott gets closer to the fiend responsible for the kidnappings and murders, he gets sicker, and seems headed for destruction. Or is he? 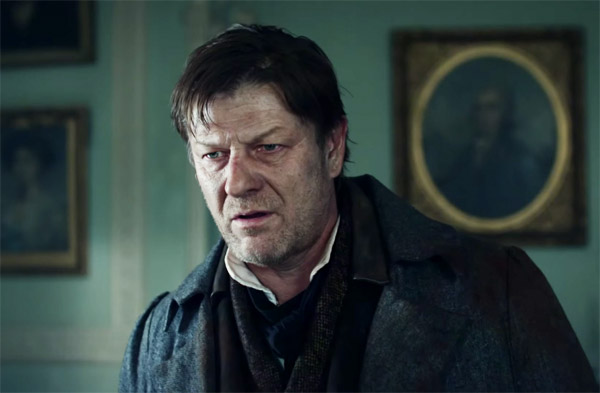 In Season two (or season 1.5, depending on your view) we suffer the abrupt switchover that sometimes happens in these efforts. We are suddenly a few years down the road. Marlott’s syphillis – a major plot point from season one – is suddenly gone, and he now devotes not one moment’s reflection on his dead wife and child. The show also spends no more thought on the actresses from the first season and provides us with a couple fresh ones for the second.  Season two introduces a few more creeps, including to my pleasure that of Laurence Fox, playing Dipple. Is he a good guy? Or is he a little freak? Oh do let’s hope for the latter!

The second six episodes highlight the largest liability of the show. Women are, as too typical in male-directed, -produced, and –written efforts, given short shrift and this program is no exception. The women featured (as played by Eloise Smyth, Kerrie Hayes, Maeve Dermody, and Vanessa Kirby) are little more than objects to be terrorized and murdered (or rescued… then murdered) in an unrelenting fashion. Through the proceedings and as he forgets his dead wife, Marlott attracts younger women left and right, imparting the distinct whiff of a vanity project to the effort. I guess young ladies like a crusty old dude soaked in manguish and poor personal hygiene. Shelley can’t be killed off as she is a historical figure; she’s written out of season two entirely but I suspect will return.

Still, even though the second six episodes wander a bit – Marlott is now more of a private investigator, and assumed dead which makes for awkward reunions – it is still making an effort. What impressed me the most about Chronicles was the deft writing. The plot is about a cruel and sadistic scientist, but gives even more screentime to the genuinely scary real life elements of the Georgian era: the plague, syphilis, and life without antibiotics, as well as the merciless treatment of the lower class at the hands of church and state. While the show is not absolutely factual – how could it be? – it marries so many bits and bobs of fact with a lot of creepy fairytale, and kept me interested all the way through.

I can’t wait for the next installment – where Bean continues to be his Bean-iest, and more people are murdered or stitched up or bottled or poisoned or stabbed. It’s some great entertainment! 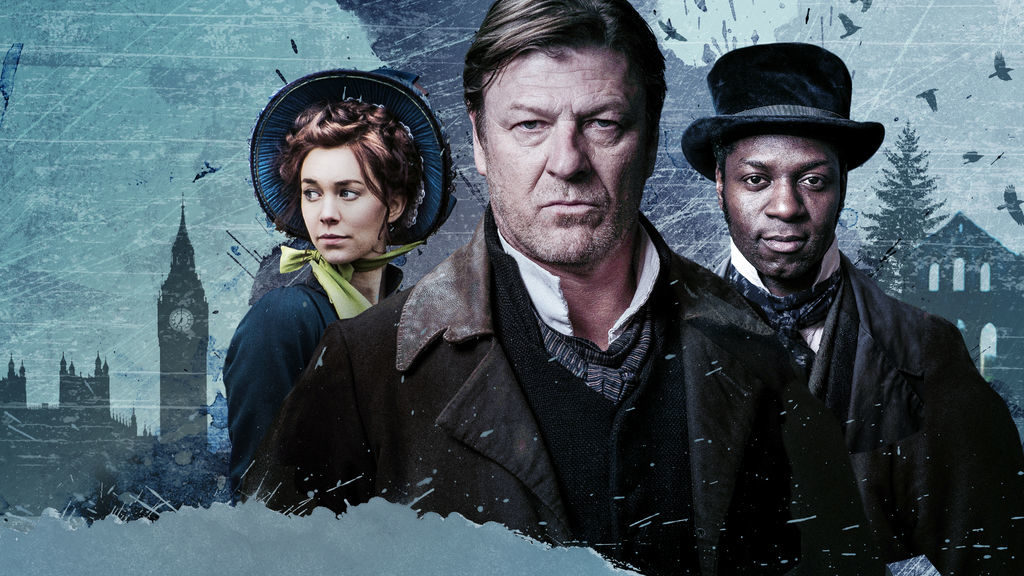