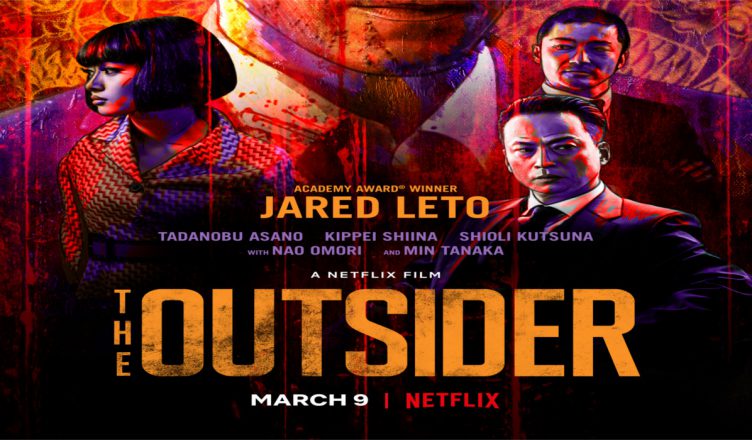 The Outsider is exactly what even a perfunctory glance at the byline would predict: a white-savior film set in gangsterland, in this case post-WW II’s Japanese yakuza. The film is pretty though. I mean, I always complimenting what I can, no matter what else goes down. The top ten gorgeous things about the two-hour runtime are as follows:

1. the yakuza’s sharp AF suits
2. all the handsome Japanese men
3. the cars
4. the score
5. Jared Leto’s sculpted face, usually looking dispassionately out a window
6. The cinematography
7. Shioli Kutsuna
8. the cars (not all are period-correct)
9. some baller kimonos
10. nifty tattoos

Sadly, the film is all style and no substance; in fact, some of the substance is downright offensive. Yup, POW (I think?) Nick Lowell (Leto) joins the yakuza kinda-on-accident, but being a violent thug devoid of personality, he fits in just fine. He and his sponsor Kiyoshi (Tadanobu Asano) inexplicably become tight-bros-from-way-back-when, so surely their loyalty won’t be tested by anything as predictable as Nick dating Kiyoshi’s sister, right? You’d hope so.

The two fellas work for aging clan boss Akihiro (Min Tanaka), who is at the brink of territory war with younger clan boss Hiromitsu (Nao Ohmori). Akihiro’s second banana Oshiri (Kippei Shîna) skulks around and stalks Kiyoshi’s sister – but surely he won’t be the one jerk the entire plot depends on – right? 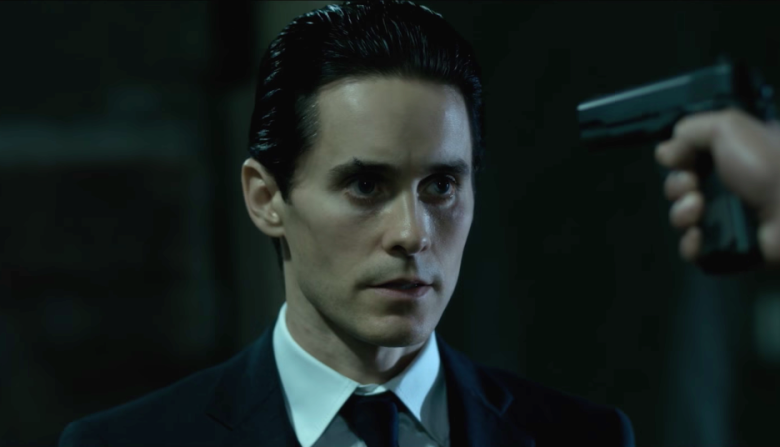 I find mob and gang movies predictable and boring (with some exceptions); they glamorize the same stuff, and they recycle tropes more mercilessly than any other genre that wants to be taken seriously. Sudden, shocking violence? Got it. (I hope you like throat cutting because this movie likes throat cutting the way my dog likes old chicken strips!) Super awesome macho dudes ignoring naked women in strip clubs? You betcha! Brotherly betrayal? Yessirree!

And while the film could have been a great opportunity to show us something new about Japanese culture and the yakuza, a bunch of white guys wrote it – so there’s nothing here that even the most uninterested party wouldn’t know about the yakuza. The stoic code of honor, the extensive full-body tattoos, sake ceremonies and honor self-mutilations. Oh and important swords. Hell yeah, you didn’t think we’d make this movie without those did you?

There is ONE woman in the film, the aforementioned sister to Kiyoshi, Miyu (Shioli Kutsuna). She is passed around the three men to be pursued, threatened, and rescued – and that’s it. It’s embarrassing; it’s predictable. Oh and she has a few helpless crying scenes. Yay!

The film and everyone in it looks great; I’m stuck on the couch nursing a busted hip so I didn’t mind the viewing. But a better action yakuza film is, well probably almost any of them, including that “Simpsons” episode.