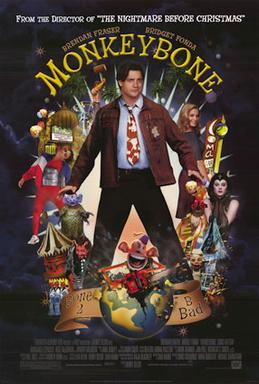 Everyone loves a good road trip movie, right? Whether the road is a metaphor for a troubled generational gap or you’re in for some good, hilarious family shenanigans, road trip movies have the ability to make us laugh, think, cry, and embrace nostalgia.

Recently, I was beset with a family road trip that went predictably bad and I thought to myself, what do you watch when YOUR family togetherness time spins out of control? I came up with five of my favorites:

We have a couple of trips through Hell to get through – literally. After his girlfriend Desiree dumps him, young Zia (played by baby Patrick Fugit) commits himself and finds himself in an Ever After that looks much the same as regular life, if somehow more boring. He meets some weird and wonderful friends then sets off to find his ex-girlfriend after finding out she too has committed suicide.

Wristcutters is definitely a hate it or love it indie favorite. Is it a profound, surreal contemplation on the nature of love and death in a teenage mind? Or is it a film too focused on its own navel and made in aggressively bad taste to boot? However you fall on that, you have to admit it’s thought provoking to some degree. Wristcutters is always a cathartic film for me, something I can watch after a completely disastrous week, day, or even year and I usually find myself right back in the same place as Zia in the end. No, not that end. The good end!

If you thought Wristcutters was a little offbeat and morbid, then Monkeybone is just plain effing weird, man. How to explain this romp brought to us by the same man that gave us The Nightmare Before Christmas and Coraline? Does one part Roger Rabbit and two parts Cool World help? No?

Resentful and disillusioned cartoonist (the impeccable Brendan Fraser) crashes his car and falls into a coma. His spirit ends up in the dream world called Down Town, where he meets characters like Attila the Hun, a cat girl named Miss Kitty, and his own most hated/most beloved creation, Monkeybone. If it weren’t enough that Monkeybone is real, Stu is double-crossed by his own claymation son and the evil Hypnos, allowing Monkeybone to possess Stu’s body and enter the conscious world to steal—hey, you with me?

Monkeybone is an… experience. The “road trip” part actually only composes a pretty small part of the film, but by the time you’re done watching it you just won’t care for better or for worse. It’s got to be the equivalent of sucking helium and eating too much sugar at the same time. You’re certainly not mad anymore, but what are you?

The road trip portion of 8 ½ is purely internal. No, not internal like Monkeybone but it’s certainly an equally weird journey. Stressed director Guido Anselmi (the evergreen Marcello Mastroianni) is desperately trying to complete—and escape—his latest film, a science fiction flick. Guido tries everything to get over his writer’s block, up to and including death. Is that a spoiler? Nope, because the movie keeps rolling right along! What follows is a trip through Guido’s strained, tortured mind, from his troubled past, troubled present, and likely screwed up future.

8 ½ is a classic that all of us in the creative field can surely relate to, and even those outside of it. Fellini, bawdy as he is, eventually pulls the theme back around to “family for better or for worse”. Where would Guido be without his massive amounts of baggage? Nowhere! Where would you and I be without our family pain? Certainly not the great individuals we are today! Or maybe we would be better off…

A Goofy Movie is an underrated classic of Disney canon and the exact opposite of the cynical themes of 8 ½. It is also probably the realest depiction of the struggles of single parenthood to exist in any medium.

On the last day of school, Max Goof (if you missed the Goof Troop boat you might not know Goofy has… a son) tries a little too hard to impress his crush Roxanne, setting off a chain of miscommunication that could only happen in a Disney movie. Max has to choose between abandoning his father on their family trip to try and make a Powerline concert (sung memorably by Tevin Campbell) with Roxanne, or mending the strained relationship the two Goofs are experiencing right now… turns out there is a third option: do both.

It’s true that A Goofy Movie may appeal to people of a certain age group, but it’s no less a poignant road trip movie than, say, Paper Moon with some National Lampoon antics. Disney is allowed to be mature and thoughtful when it wants to be. A Goofy Movie is surprisingly cathartic and may even make you call up a relative or two and apologize for that time at the water park.

Okay, you got me. El ángel exterminador isn’t an actual road trip movie. It begins and ends at the end of all festivities when good people should be tossing bags in the car and heading out. But like a down home southern good-bye, this “ending” never ends.

Buñuel follows the history of Spaniards poking fun at aristocracy and the regimes of the day with this surreal, darkly hilarious story of an upper class party that keeps going… and going… and going… and going… Secrets are exposed and people die when everyone takes entirely long to say bye. And even when we manage to make it to church after about of month of mental breakdowns and will-shattering confessions, we still can’t leave. What better way to top off an excruciating trip? You can check out anytime you like, but you can never leave!

Throw the suit cases in the back but stay adventurous, my friends!