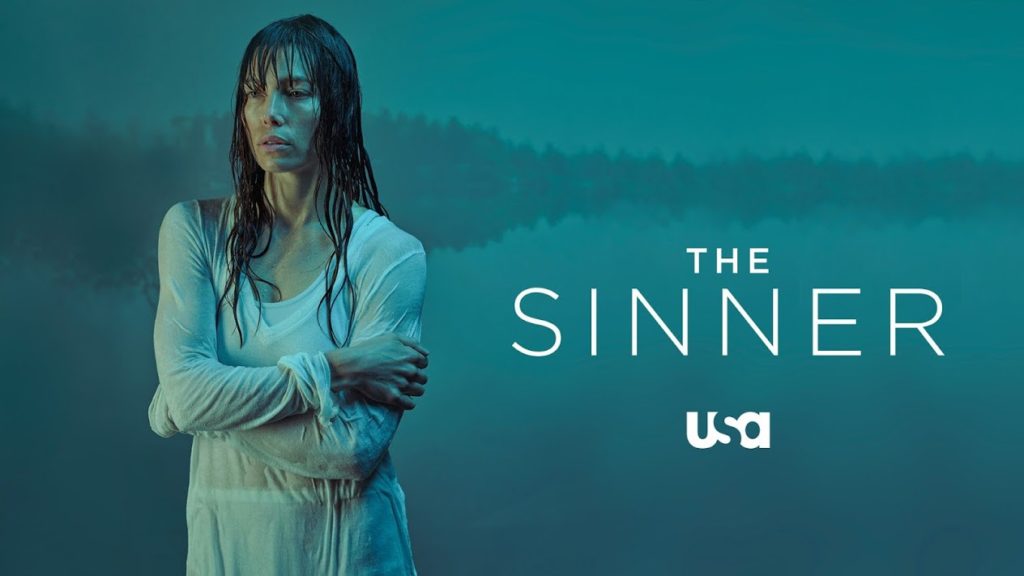 Cora Tannetti (Jessica Biel) is a thirtysomething wife and mother to a young child. She works with her husband Mason (Christopher Abbott) in the family air conditioning business, in upstate New York. She obviously loves her husband and child; the viewer, however, can see she is subdued and unhappy. Her husband either can’t or won’t notice her sadness; meanwhile, she takes pills to cope with sex, compulsively cleans, and feels overshadowed by her mother-in-law’s more robust personality. One day on a lake outing with friends she suddenly, inexplicably commits a horrific crime. She is immediately apprehended and incarcerated, as her family and community are stunned at the uncharacteristic act.

Although the crime is obvious and there are many witnesses, police and prosecutors are unable to determine a motive and Cora seemingly can’t or won’t divulge one either. Detective Harry Ambrose (Bill Pullman) and his colleagues (Dohn Norwood and Abby Miller) mount an investigation, and Ambrose in particular fixates on the case. The senior detective, struggling in a failing marriage while clandestinely and compulsively meeting with a sex worker (brilliant turns by Kathryn Erbe and Meredith Holzman, resp), has secrets he can’t or won’t share – like Cora. As she languishes in a cell, traumatized and depressed, Ambrose visits her. She begins to reveal details of her upbringing and young adulthood. Some of her stories are true, some are not. These flashbacks involve childhood illness, an abusive and neglectful upbringing, shady men, drug use, and mysterious psycho-sexual nightmares. 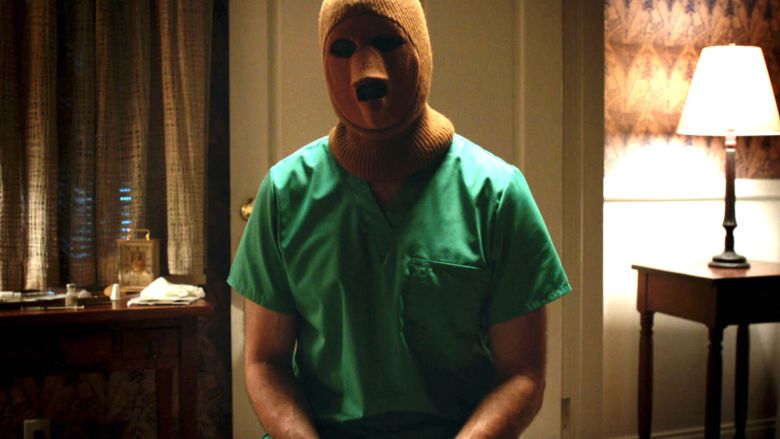 The Sinner is an adaptation of a novel of the same name by German author Petra Hammesfahr. Keep in mind, this television program is rife with sexual content, violence, torture, incest, abuse (physical and emotional), personal tragedy, and disturbing imagery – but even so, the program is much lighter in tone than the novel. Both Cora and Mason have been softened – Cora as a mother, Mason as a husband. Cora’s problematic family life, as dire as it is depicted here, is less disturbing than the novel. However in Detective Ambrose’s case, the television program has gone a little further. His difficulties are fleshed out a bit more than in the novel, which brings a nice balance to the story. Both characters share a common bond that is gently revealed throughout the proceedings to a satisfying denouement. As the creators of the program said in the writer’s room: “shame shared is shame halved”. 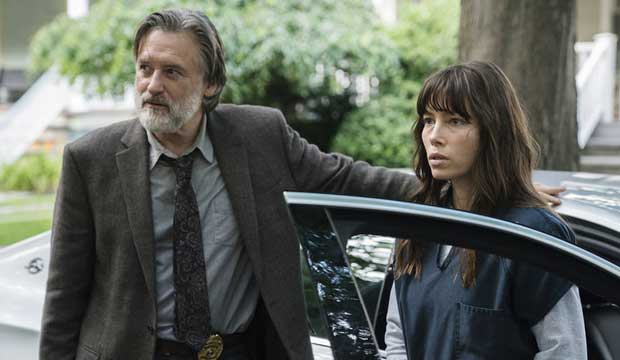 There are a lot of twists and turns to this story. As much as this series could easily have been full of plot holes and red herrings – and there are a few – the whydunnit and the resolution are wonderfully revealed. In the end, there is an absolute beauty and clarity to a tale that in its labrynthian turns was often so twisted, dark, and confusing. The program could definitely use more women on the writing and directing staff; let’s hope against hope that this year’s second season will bring this to bear.