If you know me, you know I can’t resist any kind of barbarian adventure or sword-and-sorcery goofiness. I think I’ve regretted about nine out of ten viking films I’ve ever watched – but that doesn’t and will not stop me from continuing to try my hand. Same goes for films featuring CGI dragons. Are they good films? Does it matter? I’m watching them anyway! – K.

But first! Our very own Eck! has a hot-off-the-press piece at Global Comment: 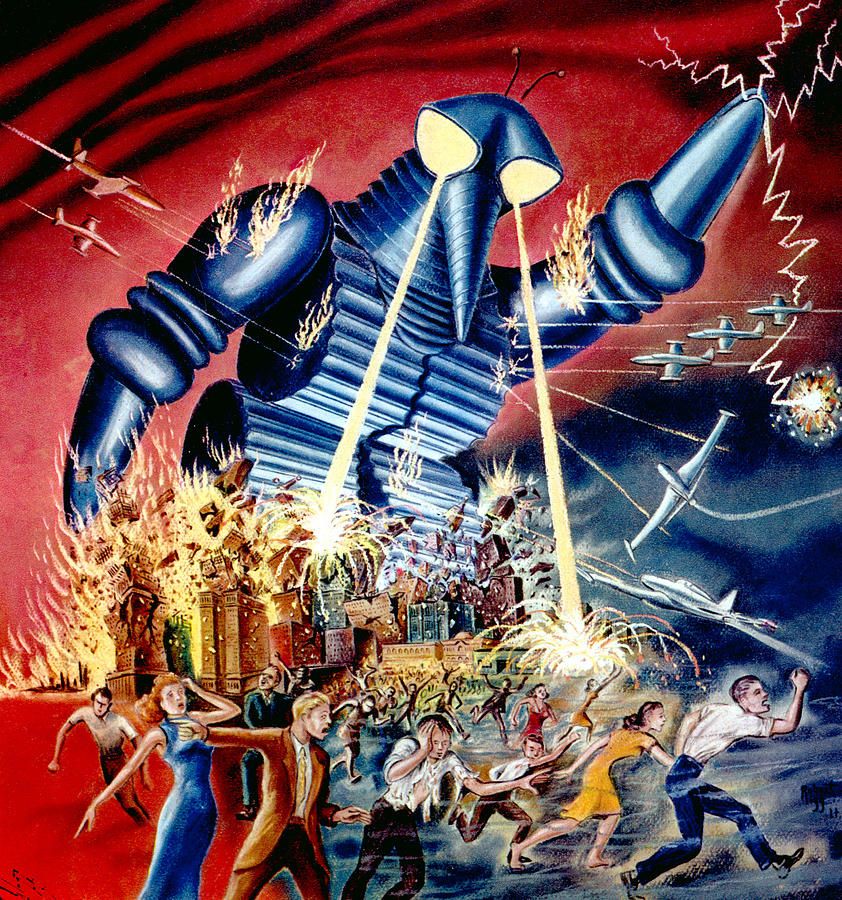 Five non-Godzilla kaiju movies to tide you over until 2019 – read it!

Anyone else still sobbing over the Godzilla trailer? I mean… me neither! 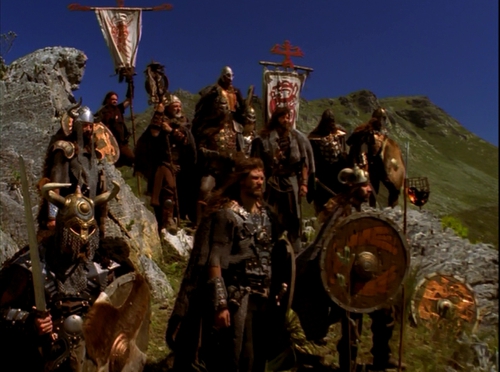 Berserker (2004)
Alternatively titled Berserker: Hell’s Warrior, this ambitious and muddled viking action sci-fi attempts to revive Norse legends with some sexy vampire witches and Highlander hijackings. A voice-over introduction intones (as these films are wont to do) that the beautiful valkyrie Brunhilda is trapped indefinitely in a hellish, supernatural alter, surrounded by a ring of fire. Since childhood brothers Barek and Boar (Paul Johansson and Craig Sheffer) have pined after the supernatural beauty, and foment plans to rescue her someday. Boar is injured in the attempt, and for his troubles she bites him and turns him into a berserker – apparently a rage-filled, glowing-eye cannibal.

Thorsson, the brother’s father (Patrick Bergin), tries to intervene and make peace between the brothers, and organize them against a common foe. Meanwhile, through scientific meddling and some kind of time-travel Berek is brought into present day contact with Anya (Kari Wuhrer), who it turns out is a reincarnated Brunhilda. But Boar is not far behind and the three of them are destined for, well – whatever. Will Patrick Bergin’s horribly stinky-looking goatee survive? Let’s hope not!

The same director made the film Merlin: The Return a couple years previous, and recycled so much material that while I watched I thought perhaps the films had been produced at the same time. Berserker uses several Merlin actors (Sheffer, Bergin, and other minor players), identical special effects (supernatural lightning/glowing characters), time traveling sexy lady scientists with impossibly ridiculous micro-miniskirts Wuhrer in this film and Tia Carrere in the other), and similar costumes and unconvincing wigs (Merlin featured, obviously, Arthurian characters rather than vikings). The similarities between the two films are giggle-inducing. I’m not complaining because I found both films a lot of ridiculous fun. Others may be less charmed. 2.5/5 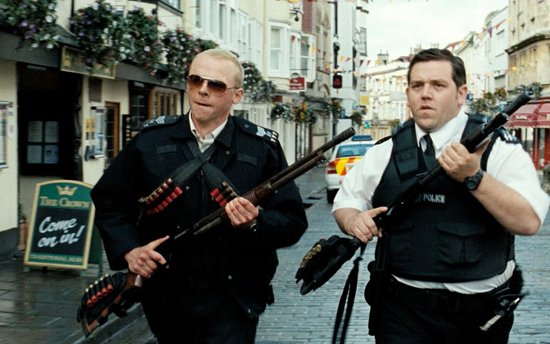 Hot Fuzz (2004)
Action comedy (with a bit of horror sprinkled in), Hot Fuzz is comedic tour-de-force that is just as fun and charming today as it was fifteen years ago. London Met super-cop Nicholas Angel (Simon Pegg) is promoted/demoted to rural Sandford, Gloucestershire, where he is frustrated not so much with the slow pace of village life as the lackadaisical attitudes of the local police force. His chief (Jim Broadbent) is lenient and provincial; Angel’s partner, Danny (Nick Frost) is impossibly immature and sluggish. When a series of gruesome accidents start killing off Sandford residents, the rest of Angel’s police team (Paddy Considine, Rafe Spall, Kevin Eldon, Karl Johnson, Olivia Colman, and Bill Bailey) dismiss or mock his concerns. The film features tons of British talent, including Timothy Dalton with a comedic turn as the sinister supermarker owner, and is loaded with cameos (including Martin Freeman, Bill Nighy, Steve Coogan, Cate Blanchett, Peter Jackson, and director Edgar Wright). I first saw this film in a theater and the third act had me laughing so hard I couldn’t breathe (Considine and Spall in particular have me rolling every moment they have onscreen); a repeat viewing with my sixteen year old was just as uproarious. 4.5/5 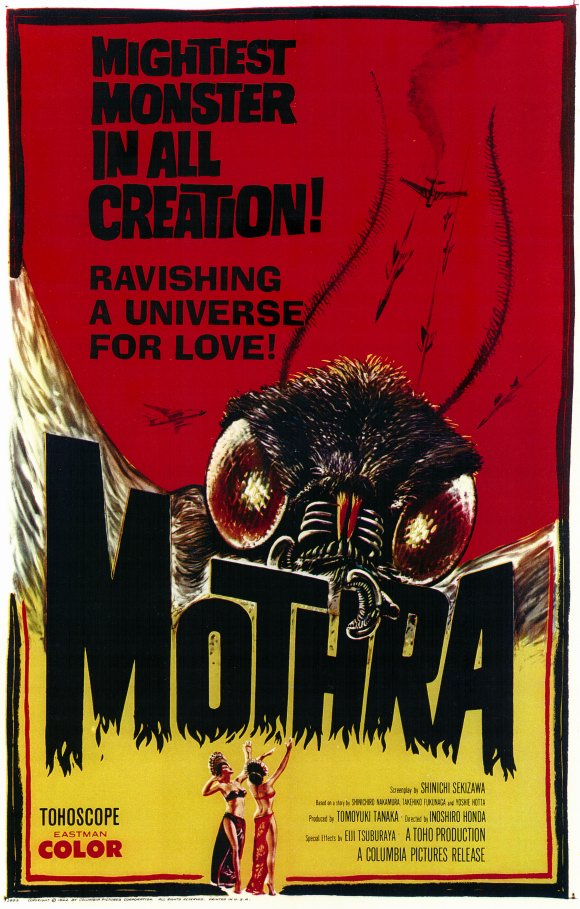 Mothra (1961)
The film that started it all in terms of the eponymous creature’s popularity, Mothra opens on an expedition to an irradiated island, where a craft is caught aground and founders. A rescue operation finds only four survivors, and also reveals a hitherto hidden primitive culture (some yikes-y brownface), a possible radiation cure and, more unbelievably still, a pair of tiny “fairies” worshipped by the locals. The fairies are two doll-sized twins imbued with a magical singing ability and a psychic connection to an ancient, slumbering creature. The story of the island is broken by tenacious reporter Zenichiro Fukuda (Frankie Sakai) and photographer Michi Hanamura (Kyōko Kagawa), who enlist the help of linguist Shin’ichi Chūjō (Hiroshi Koizumi), and radiation expert Dr. Harada (Ken Uehara), as the film’s anti-nuclear power message is revealed. Meanwhile, developer and capitalist Clark Nelson (Jerry Ito) also takes an interest in the fairies, kidnapping them and putting them onstage in order to exploit public interest for his personal gain. The fairies’ distress triggers the emergence of the creature Mothra, who travels across the sea to rescue the young women and inadvertently triggers great destruction and a military counter-response.

I am hardly an expert in tokusatsu film, but Mothra is a favorite of mine. First, although like so many kaiju creatures Mothra is destructive, she is also cute as hell. She’s cute as an egg, as a caterpillar, and in her final form. The organ music in the film is uniquely appealing to me (it will doubtless be annoying to others); and I love the vocal stylings of Yumi and Emi Itō, the talented twins who not only played the fairies in several of these films, but had an impressive recording and performing career. The model work, while not considered the best in the business, is lovely for the early sixties and serves as a nostalgic balm. Mothra is a favorite I can watch over and over, and find the same comfort and charm. 3.5/5 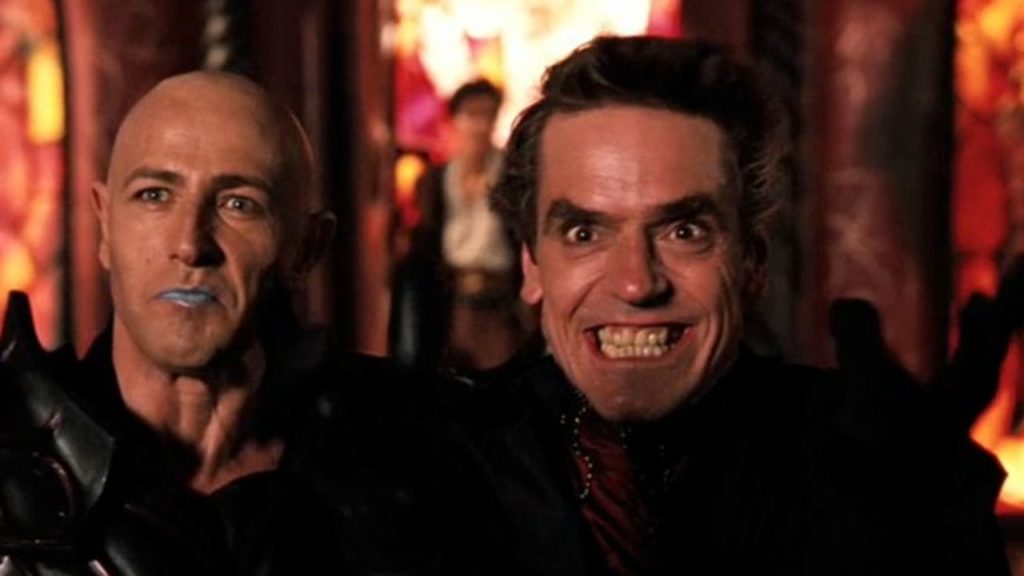