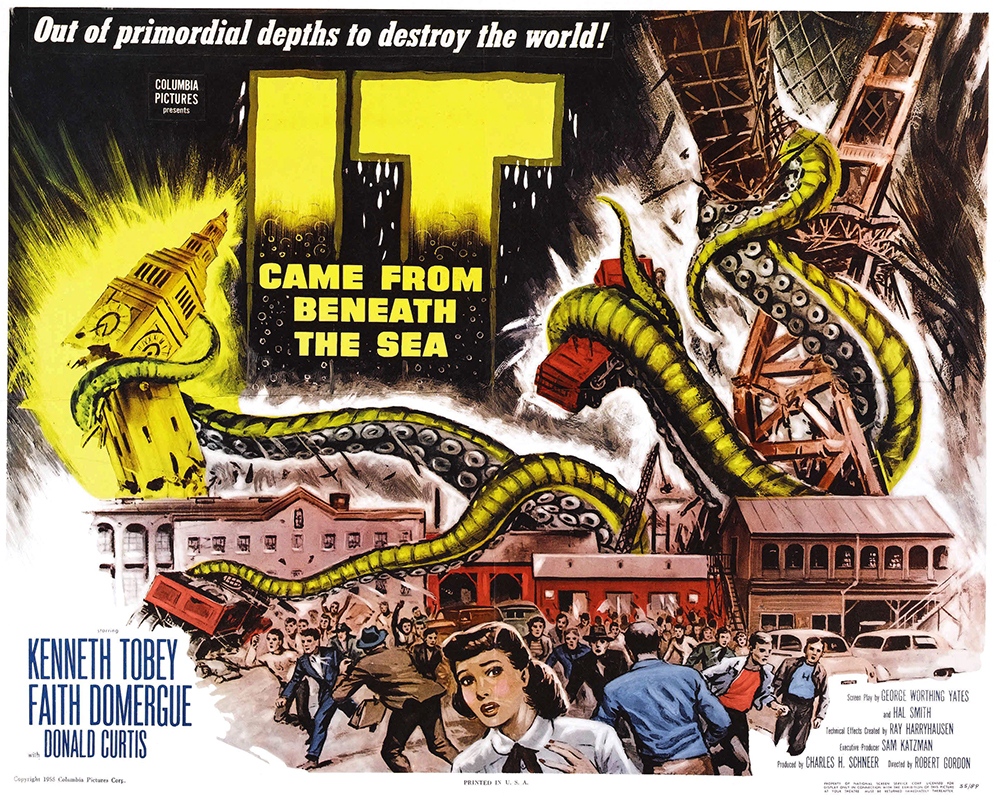 On a test run of the world’s first nuclear submarine (USA! USA! USA!), Commander Pete Mathews (Kenneth Tobey) and his jovial Merry Men crew run across a spooky, large sighting via their sonar equipment. The mass overtakes and strikes the ship, damaging and temporarily disabling it. A diving investigation provides evidence of a radioactive presence, and retrieves a large mash of flesh caught in the craft’s propeller.

Back safely ashore, the Navy enlist’s crack scientists Professor Lesley Joyce (Faith Domergue) and Dr. John Carter (Donald Curtis) to inspect the organic material retrieved. Commander Mathews takes this opportunity to aggressively hit on Professor Joyce (after first asking “permission” from the affable Carter), and the rest of the film bounces back and forth between their somewhat steamy romance (thanks entirely to Domergue’s sex appeal, as Tobey has the charisma of a cigarettey sponge), and the swashbuckling… or, not … identification and pursuit of an at-first unidentified sea monster. While still investigating the possible attacker the script volleys the boilerplate sci-fi film tensions between scientific inquiry and military aims; capture and study versus extermination. At first, Navy brass (Ian Keith, Dean Maddox Jr., and Chuck Griffiths) are skeptical of Dr. Joyce’s findings (a giant, radioactive octopus driven to the surface from hunger); but as ships go missing and entire fishing resources disappear, they take her findings and recommendations more seriously. 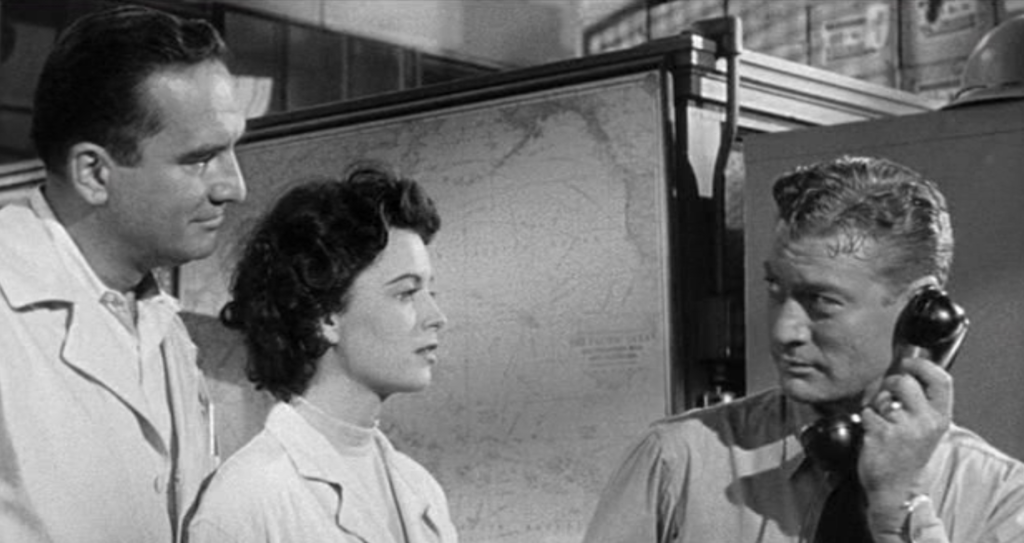 The film’s romance and plot developments are familiar fare, with one notable exception: Professor Joyce. Joyce is portrayed as competent, direct, and busy with her own career (although, disappointingly, she is also portrayed as petulant and girlish at times). She doesn’t have time to dick around with men who hire her for her expertise then refuse to listen to her findings. In another pleasant bit of screenplay Joyce enjoys a healthy comradeship with Dr. Carter, who doesn’t speak over her, supports her work, and easily names her as the best in the field. Carter does put his hands on her and move her about the room, like so many films are wont to reify – but in general their relationship is a cordial and affectionate, wonderfully platonic one. Where the film is most egregious, of course, is in the Mathews’ repulsive courtship: he alternatively corners her and insults her (negging isn’t a new trend, guys), and is angry that she chooses to pursue her career goals instead of dropping everything for his demands. In response to Mathew’s aggression Dr. Carter delivers a brief lecture or two about “women today” – who apparently want respect, unlike women of years past. Ultimately the film is a hot mess where women are concerned (of course), but it has several points of interest that place it above standard fare. 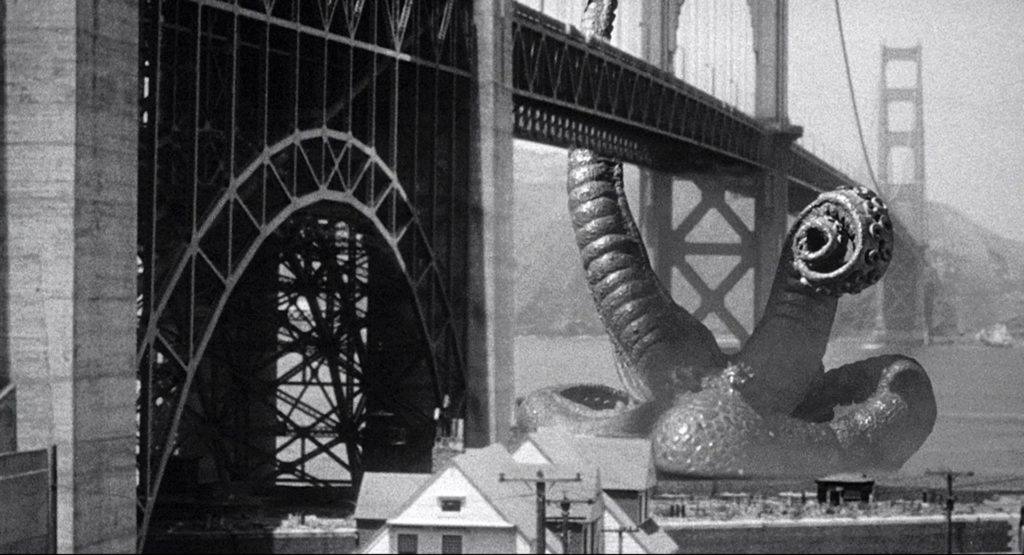 As to the monster itself, we eventually see it wreak some havok, and of course we finally get a showdown at a famous American landmark (the movie has some serious Deadly Mantis vibes). The film has been panned as being boring, and the octopus effects as not Harryhausen’s best. But I like the pace, the interpersonal tensions, and the monster itself. It Came from Beneath The Sea is a great choice for a Saturday afternoon matinee. 3.5/5