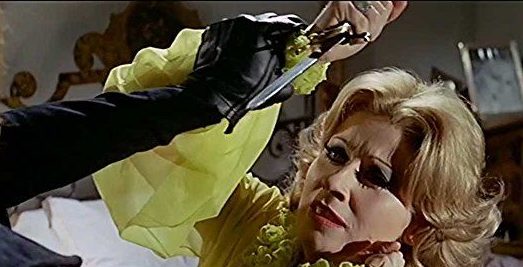 Slaughter Hotel (1971)
If you’ve read here long you know I work pretty hard to find something benevolent or at least constructive to say about every film I watch. Some movies, however, are simply irredeemable. 1971’s Slaughter Hotel (alternate title, Cold Blooded Beast) is a wannabe giallo that is little more than pornographic, plodding trash – whether you watch the cut or uncut (softcore) version. In an Italian manor-cum-sanatorium, a small clientele of rich women (Gioia Desideri, Margaret Lee, Rosalba Neri, and Jane Garret) are admit themselves for treatment. These women, who are variously there voluntarily or involuntarily, suffer from suicidal impulses, hypersexuality, and exhaustion from overwork; the ladies presumably spend their time applying full makeup and false eyelashes so they can sleep nude, on top of their sheets, in brightly lit rooms, and masturbate. Eventually a masked-and-cloaked killer sneaks into their (unlocked!) chambers, leers over them as the camera pans up and down, and dispatches them with a series of medieval weapons that are laying around unsecured. The hospital is staffed by a handful of orderlies and two aggressively incompetent doctors (real-life rapist Klaus Kinski and New Zealand character actor John Karlsen), as well as a nurse (Monica Strebel) with inappropriate designs on a patient. The plot and “mystery” to the film are paper-thin, the flimsiest pretext to see naked women mudered. The ending was doubtless supposed to be “shocking”, but is just a last glut of tepid misogynist frenzy. A blaring score, complete with sudden jump-cuts to total silence, round out the unsatisfying and unsavory experience. 1.5/5 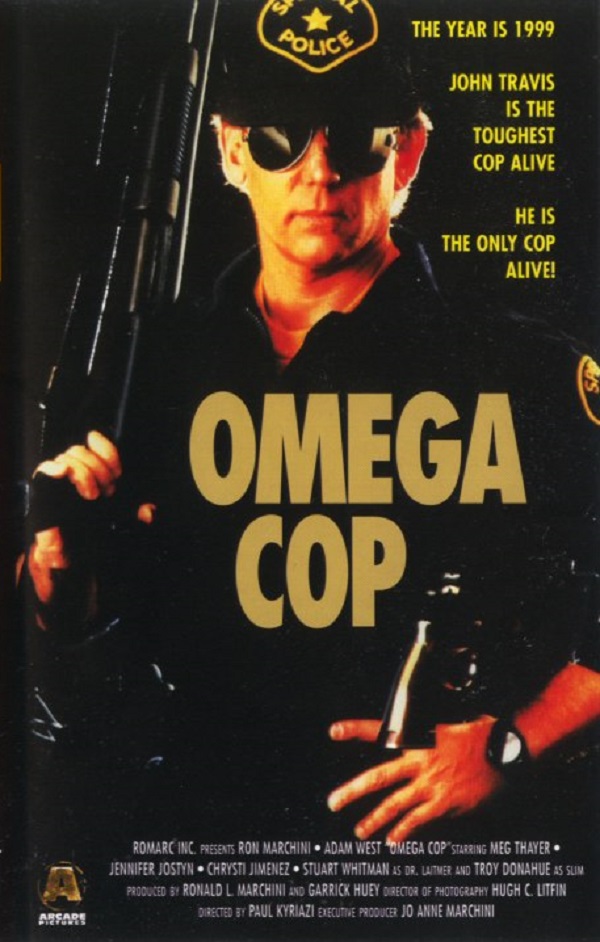 Omega Cop (1989)
Do you crave the banality and low-budget stinkiness of Future Force (and, uh, Future Zone), with a leading man somehow even less charismatic than paunchy, bilious David Carradine? Because let’s face it, if you’ve seen one laconic bad-ass cop in a bleak post-apocalyptic film, you’ve seen them all. In this case, the leading man is apparently an accomplished martial artist (Ronald L. Marchini), although this film doesn’t quite put his skills on display (the sequel, Karate Cop, arguably has better fight scenes). Marchini plays John Travis, a hardened future-cop who ends up on the wrong side of a future-gangster (Chuck Katzakian). Travis must avoid the baddies and deadly solar flares, driving around a trash-ridden suburb while bickering over CB radio with his boss (Adam West, whose attempt to play a world-weary cop comes off as someone suffering from an adrenal fatigue disorder). In the course of Travis’ shenanigans he finds opportunities to “rescue” three women (Meg Thayer, Jennifer Jostyn, and Chrysti Jimenez) and haul them back to his jeep. The film also features a lot of “oldies” – that is, fake versions of Beach Boys and Buddy Holly – in an attempt to imbue Travis with some sentimental charm. Lots of jogging scenes illustrate the 45 year old star is in good Fun Run shape. 1.5/5 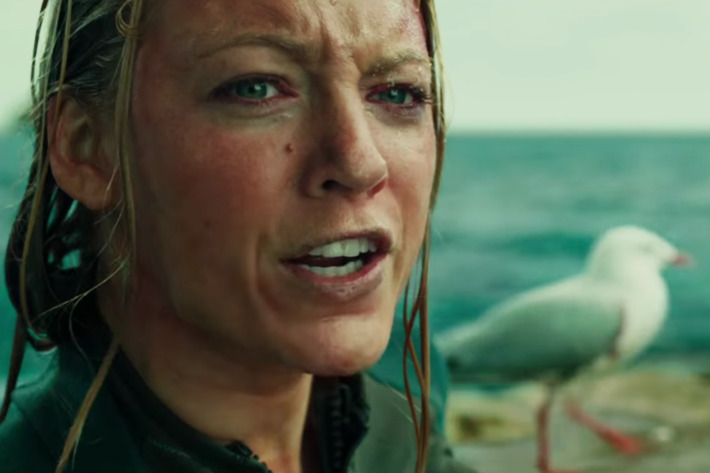 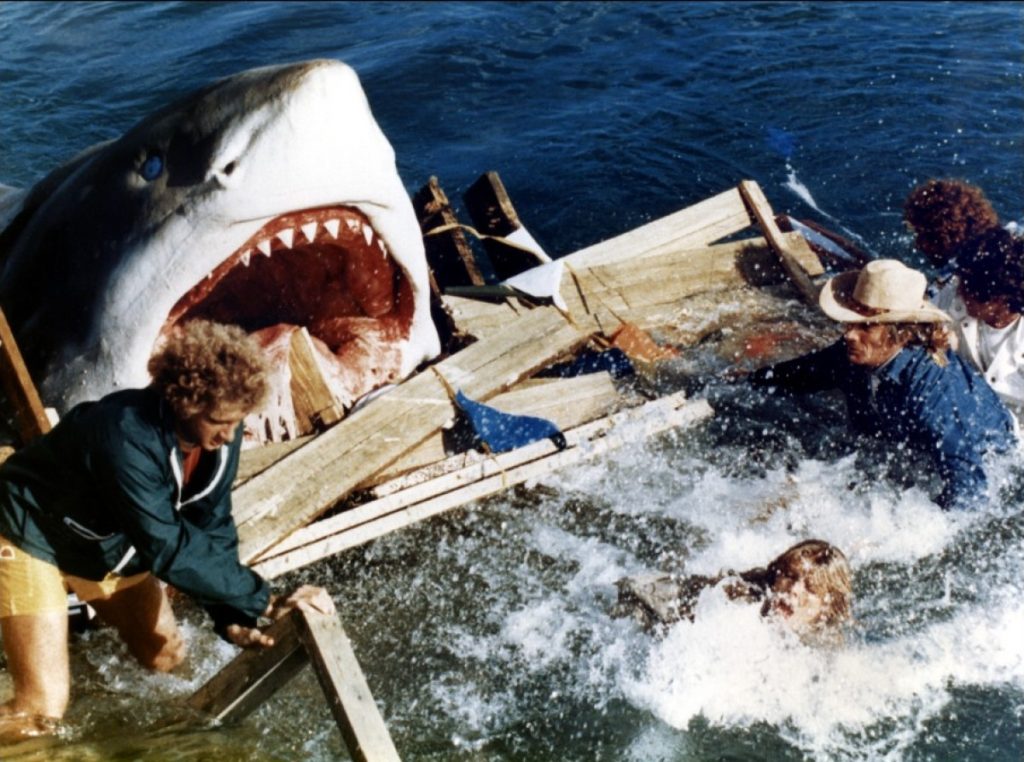 Great White (1981)
The most egregious Jaws ripoff I’ve seen. Despite this, little to recommend it. Read my full review. 1.5/5