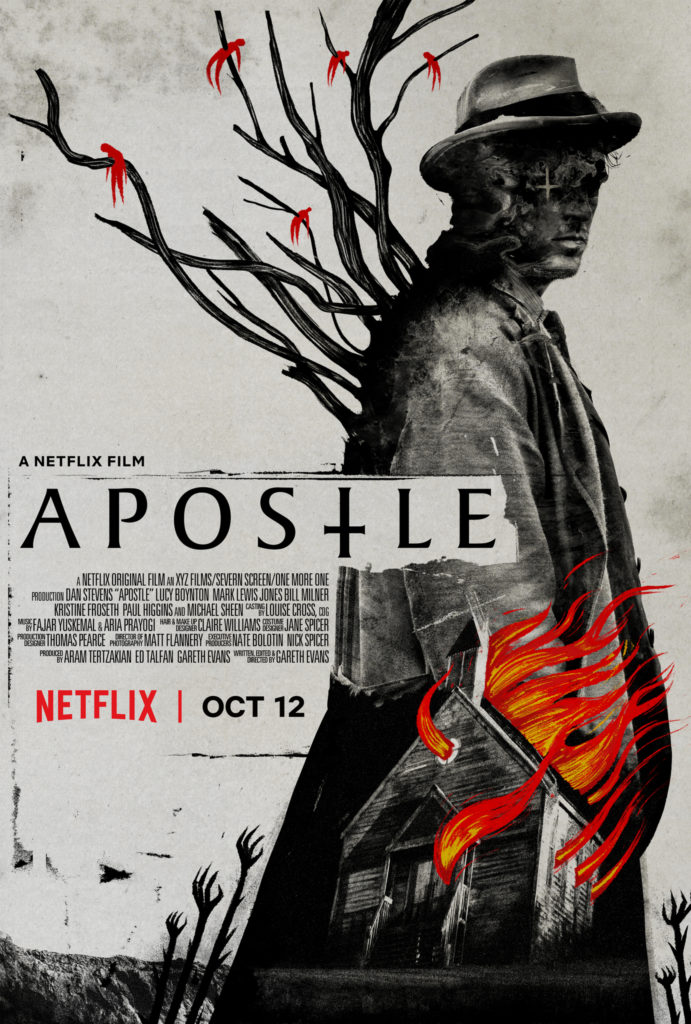 In this Netflix period drama, prodigal son and erstwhile missionary Thomas (Dan Stevens) returns home to find his father aging and addled, and his sister Jennifer kidnapped and secured on a mysterious (Welsh) island. The island is home to a new religious group, a commune that resists the King’s rule and actively expels spies who attempt to infiltrate. Hoping to hide among the new flock, Thomas embarks on a hazardous journey to mingle with the cult, find Jennifer (Elen Rhys), and hopefully bring her home alive. 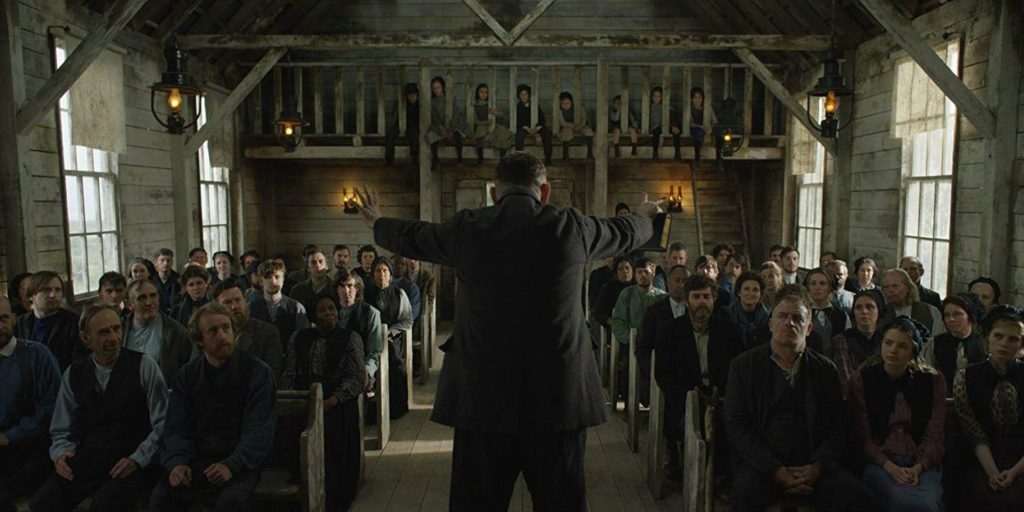 Upon arriving Thomas meets soi disant prophet Malcom (Michael Sheen) and his “brothers” Frank (Paul Higgins) and Quinn (Mark Lewis Jones). Between the three of them, they run the island – complete with robed goons, orderly work parties, and blood sacrifice rituals. Thomas makes goo-goo eyes at Malcom’s daughter Andrea (Lucy Boynton) and observes Frank’s son Jeremy (Bill Milner), who is having a clandestine relationship with Quinn’s daughter Ffion (Kristine Froseth). Thomas discovers that there is indeed a supernatural deity on the premises (Sharon Morgan), a goddess who for some reason has turned on the inhabitants; their crops are cursed and their livestock gives birth to mutated fetuses. Thomas soon discovers that his sister’s ransom is an entirely practical matter, as the commune risks starvation. He press-gangs Jeremy into his service, and soon Andrea’s in on the plot as well as they make increasingly strange and disgusting discoveries. The third act consists of a series of increasingly gory, disturbing, and violent crimes, torture sessions, and slayings. Thomas might get off the island alive but there’s no way he’ll escape a bloodborne pathogen! 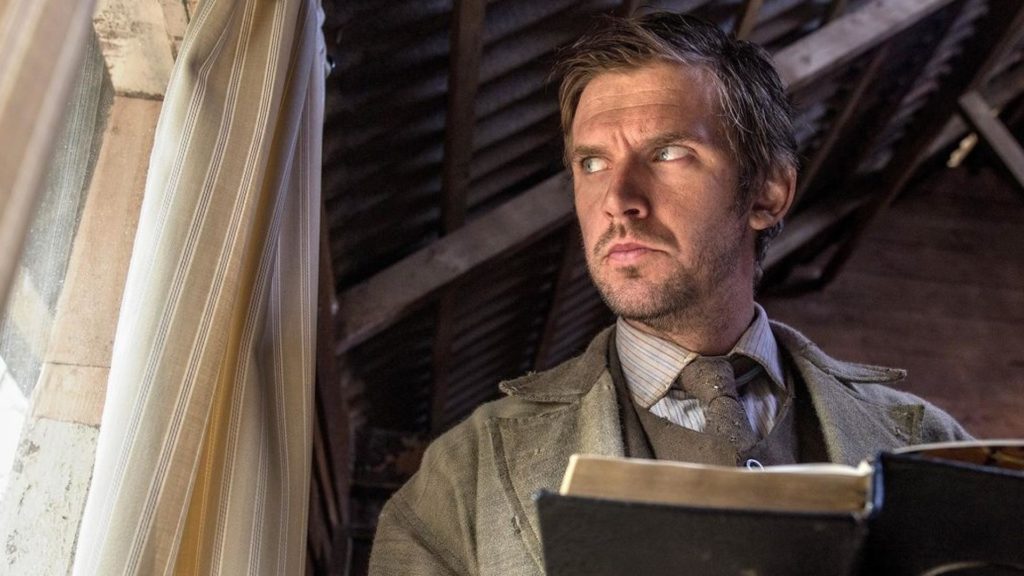 Unfortunately, films about religious cults feature well-trodden ground and Apostle is no exception. For instance: religion (and especially a patriarchal religious leader) tends to take a dim view of young women in a sexual relationship; this film treats us to a dreary recitation of the kind of unpleasantness we’d expect for young Ffion. The cult members are all dumb as hats; no one besides the handful of leads has any motivation, gumption, or powers of observation and independent thought. And of course, we are treated to the inevitable coup attempt by a malevolent, overlooked lieutenant. And did you want to see some gross murders in bizarrely complex murder machines? Make sure to each lunch before you watch the film.

Apostle has some nice creepy moments, and a pretty cool premise, but the experience of watching it is mostly a frustrating one. No one is particularly likeable, and several plot points squelch on to predictable ends. It was nice to see Dan Stevens’ acting range, however, and the film was a gorgeous one to boot. A good rainy day horror – if you want to feel a bit icky afterward.