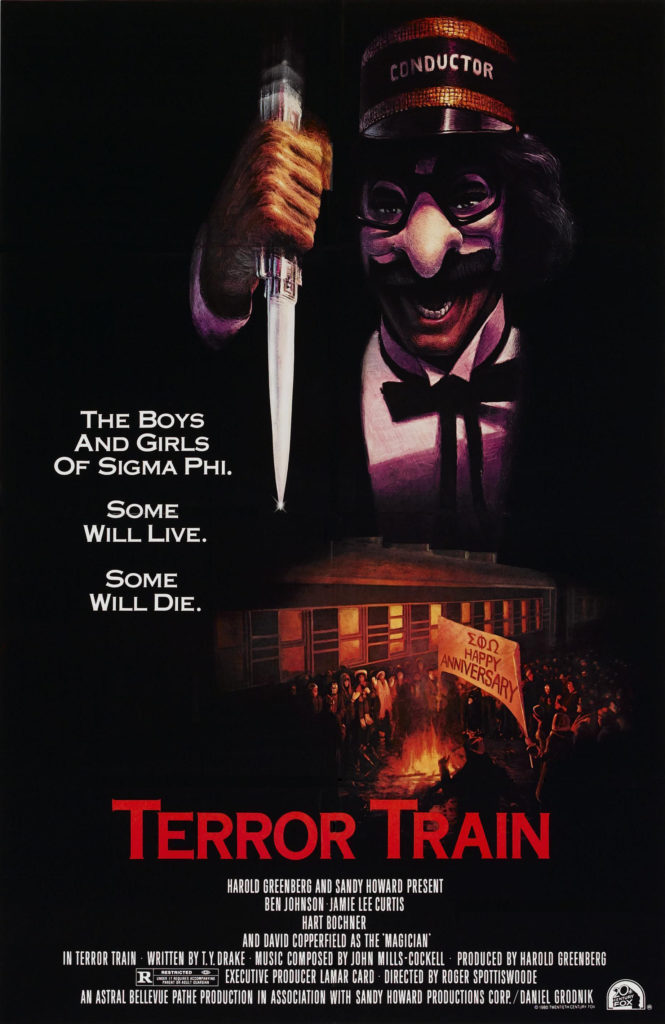 A winter night fraternity hazing goes awry, finding young Alana (Jamie Lee Curtis) unwittingly party to initiate Kenny’s nervous breakdown (Derek MacKinnon). Flash forward a year later and Alana is still dating her jerk of a boyfriend Mo (Timothy Webber ), who appears a halfway man only when compared to his colossal douchebag best friend Doc (Hart Bochner). Mo tricks Alana into boarding a destination train rager party staged by the prank-happy Doc, and the couple bickers about Doc’s jerkitude for the rest of the film. The train is helmed by Carne (Ben Johnson), and – oops! – it turns out there is no way to disembark or reach anyone through phone or radio. The Greek system partygoers drink, dance, and (implausibly) watch a magician act from David Copperfield. Yes, the real one. Sporting an impossibly large collar. Now you see it – wow, now you really see it! 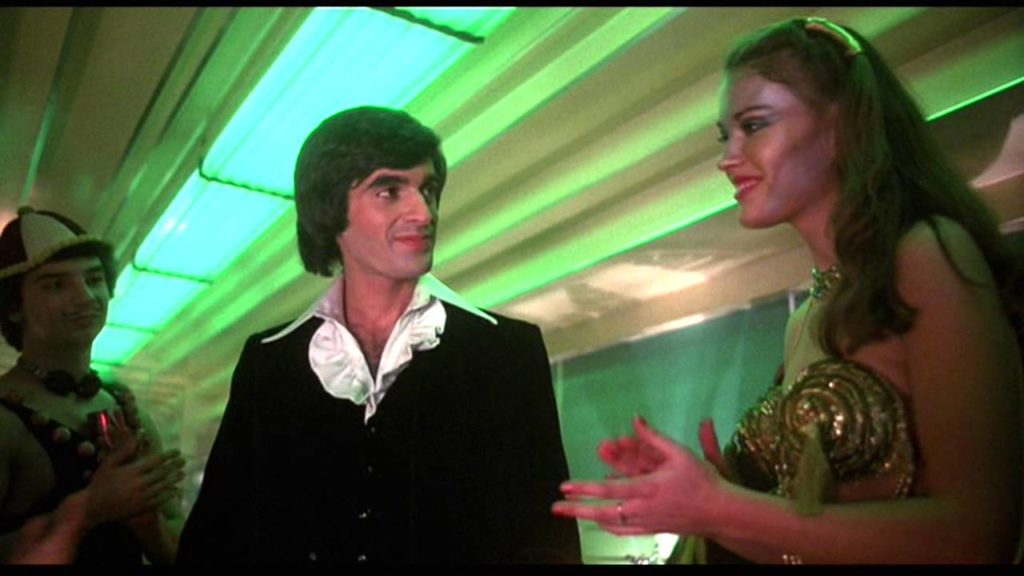 Unfortunately, as the group revels they have an impostor amongst them: someone has murdered one of the more obnoxious frat boys and has assumed his somehow unblemished Groucho Marx costume. The killer begins to stalk and murder several more people, donning costumes merrily as he goes along (and demonstrating impressive, and very quick, cleanup skills). As for plot, the film does try to cast several different individuals as possible killers, featuring a slight whiff of transphobia. And after the murders become public knowledge to the boarders, several people take rather foolish risks and behave in ways one wouldn’t; but then, if slasher film characters acted like real people, we’d have short movies! 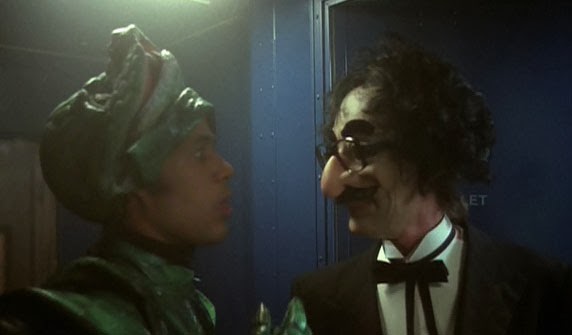 Terror Train is a definite must for any slasher film completest. The premise is kind of cool, David Copperfield really is an impressive illusionist (he is so young and lanky in this!), and of course Jamie Lee Curtis is always good. A perfect popcorn movie if you don’t mind the dated fashions and mediocre plot.