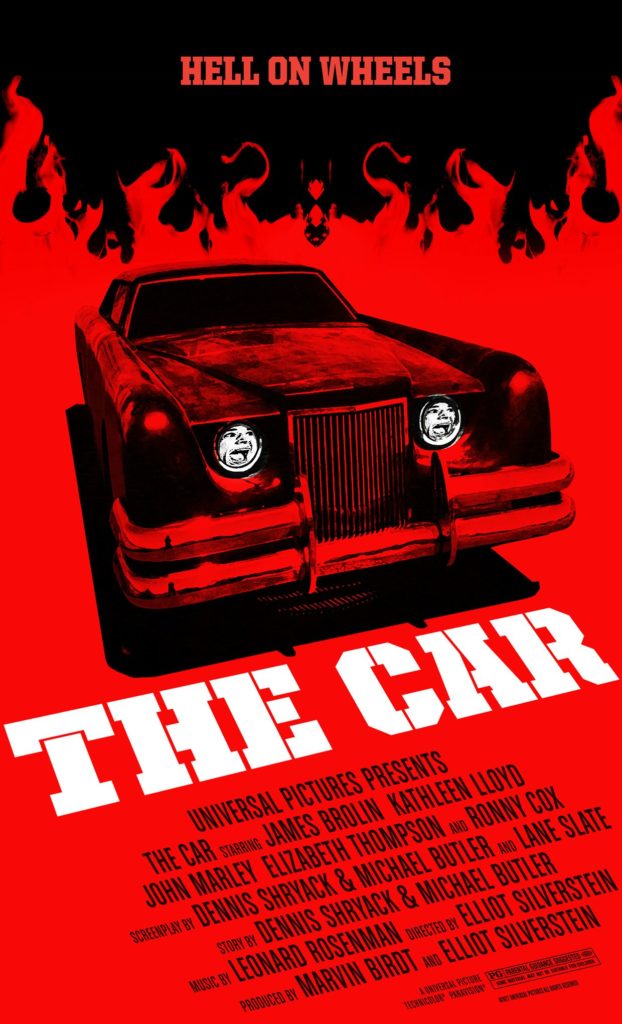 The Car is one of the more flagrant Jaws ripoffs (and everyone involved knew and owned this, at the time), although of course it takes place entirely in a land-locked, somewhere-out-West small town near a canyon. It might seem silly to think on all the ersatz Jaws movies we’ve been subjected to, but then again Spielberg’s 1975 fishy blockbuster broke the mold with its perfect balance of folksy Americana warmth and genuinely scary horror. The Car overshoots the mark in the first regard, and underserves on the latter. That said, the film hosts some genuinely spooky moments and I think i’ts a far better movie than its reputation holds.

Single dad (and sexy moustache cop) Wade Parent (James Brolin) carefully courts teacher Lauren Humphries (Kathleen Lloyd), dropping his daughters off at school and heading into work as per usual on a sunny day. His cop shop is a warm, slowpoke kind of place, presided over by crusty Sherriff Peck (John Marley) and staffed with amiable officers including alcoholic Luke Johnson (John Marley) and laconic Deputy Denton (Eddie Little Sky). Today isn’t a typical day in the sleepy, dusty town: two bicyclists have been run off the road, and a hitchhiker has been similarly and gruesomely killed. Flying through the town and circling back to stalk specific residents, an ominous black car with tinted windows and no discernible motive begins wreaking havoc in the bucolic setting. Bodies start piling up and Parent is left trying to outwit a sinister, ruthless villain.

It’s hard for me to see, viewing the film forty years later, why The Car was considered such a turkey. The pacing is precise, the atmosphere oddly effective, and the car – a highly customized 1971 Lincoln Continental – is terrifying at times, notably in a scene as it approaches from quite some distance to menace a marching band and later when it silently appears in a man’s garage. The acting is a bit campy and the storyline is corny – especially the romance between Parent and Humphries, which is developed painstakingly only to provide an emotional gut-punch halfway through the film. The car stunts, special effects., and the score (featuring Dies Irae) are solid entries in film. If you’ve got a thing for Killer Car movies (and hey… why not?) this is certainly one to find. 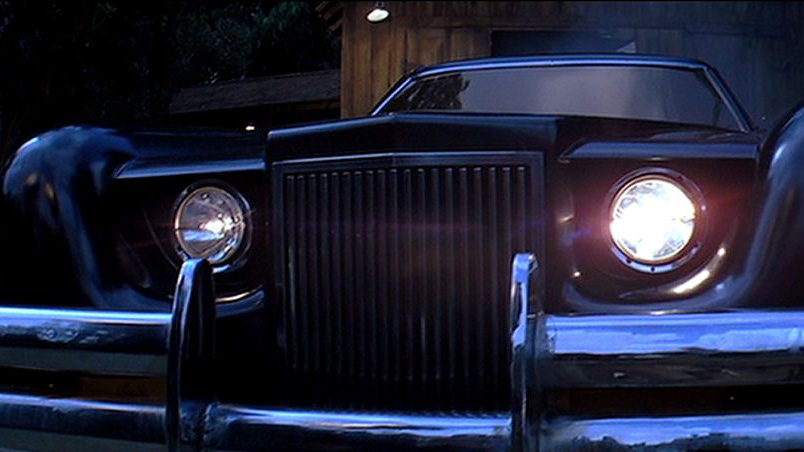