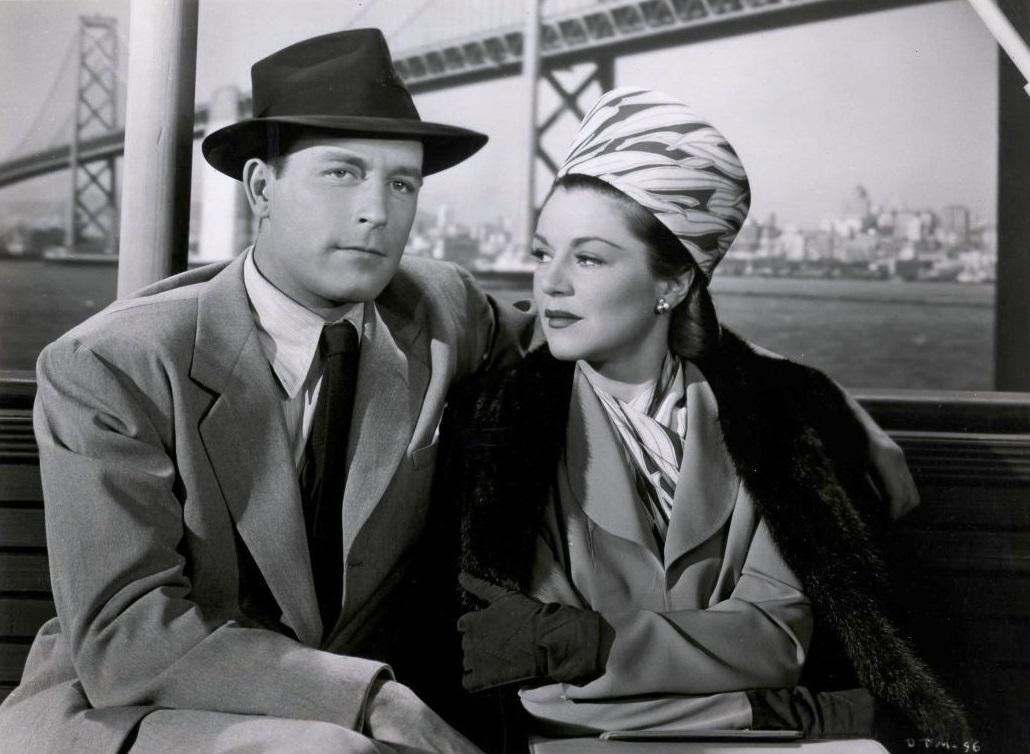 I am a sucker for an older noir probably because I love the formula: the dramatic lighting, the at-once brute simple but utterly confounding plot, the histrionic scores. Our actors (character and otherwise): alternatively glamorous or grotesque. Hard to imagine these films were terribly scandalous when they were released: but many of them were, and Born to Kill is no exception.

So yeah I love the formula, but about halfway through a noir I can admit to myself if it’s a bit crummy. It took me a while to get there with 1947’s Born to Kill, but the last 40% of the film slowly circled the drain and petered out, which was too damn bad.

Born to Kill hosts a great premise (as noir often is): thin-lipped and not-too-bright psychopath Sam Wilde (Lawrence Tierney) murders his bubbly sorta-girlfriend and her sorta-boyfriend; immediately after the double homicide he crosses paths with riches-adjacent newly-divorced Helen Brent (Claire Trevor). Sexual attraction and a little tame innuendo aside, Helen’s situation is more complex than it first appears. She’s enfianced to the most boring (but rich) man on the planet (Philip Terry) and foster-sister to Georgia (Audrey Long) a naive, wealthy spinster. (You know. A noir spinster. Meaning she’s like 25.) And or course, Georgia is also rich. Sam – partly desirous to climb socially and “spit in everyone’s eye”, partly set on a sexual revenge against Helen’s principled engagement, sets his sights on sister Georgia.

Just a few more developments: drunken landlady to the murdered girlfriend (drunken landlady is also now rich) sets a detective on the case. Sam’s creepy friend (Elisha Cook) shows up. Helen is torn between doing the right thing or doing the self-serving thing. Noir hijinx ensue. Lots of scenes of Sam and Helen canoodling in a hallway somewhere, where Sam grabs her tightly by the shoulders and shakes her in what stands in for sexual intrigue in these kinds of things.

Is Helen a tragic heroine or full on femme fatale? Does she want to fall into bed with Sam – or protect her sister? How far will she go for either? Does Helen genuinely love Georgia? Does Sam genuinely love Helen? I think the film tries to play with our perception, bouncing back and forth but in a way that increasingly resembles a noir written by a bot. Ultimately, the film’s remedial rendering of Sam’s character (he delivers lines like a Magic 8 Ball, Tough Guy Edition) and it’s sloppy fixation on Helen’s – because noir’s bad girls are always portrayed in a more scornful light than the absolute and literally-murderous thugs in the same story – yield a muddy result.

Still, it was a fun film and Trevor’s performance is seething and fantastic, as she composedly rages about the mansion in a series of fantastic gowns.

Additional highlight: landlady and lush Mrs. Kraft (played by Esther Howard) was eminently watchable and a light touch in a film that otherwise takes itself a bit too seriously. 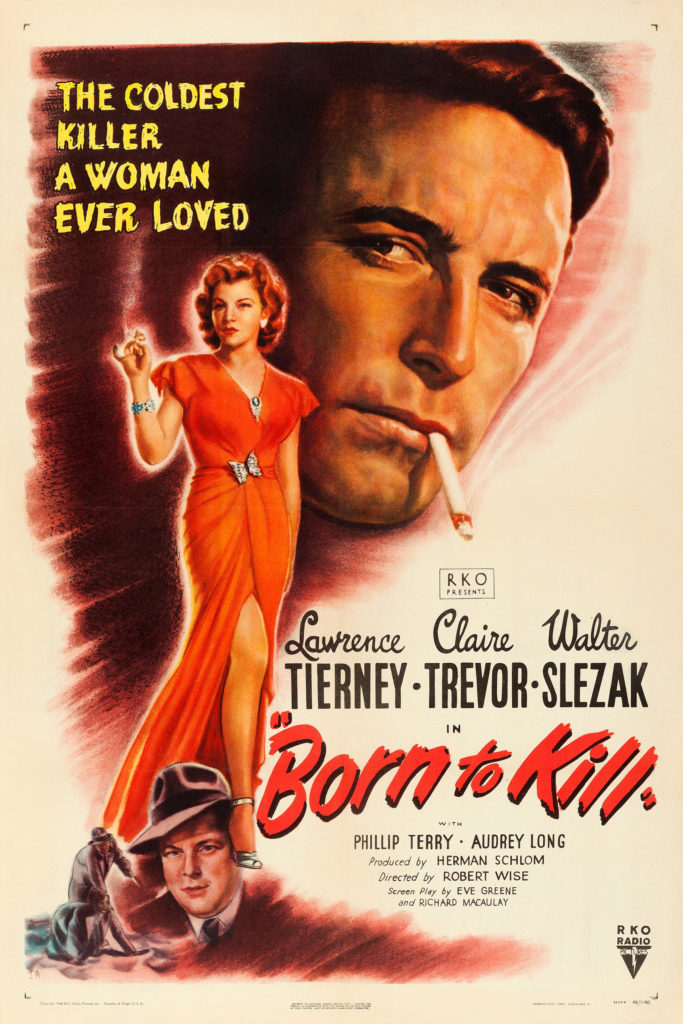